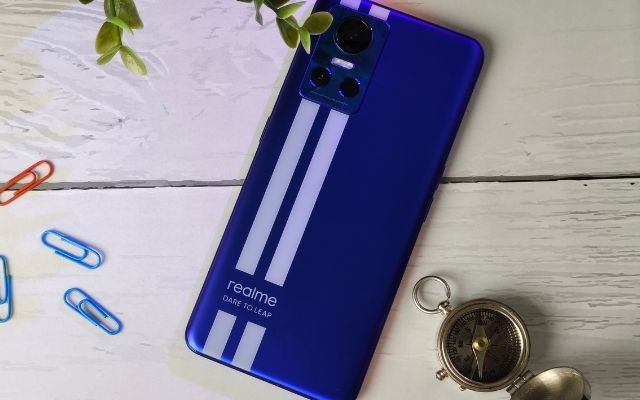 Recently Realme came up with its flagship smartphone called Realme GT Neo 3. It is equipped with MediaTek Dimensity 8100 which is the first smartphone in India to launch with this processor. The GT series from Realme is a performance focussed series that is great for gamers and performance lovers. However, being a new processor, many of the users might not be able to understand how well it actually works when we talk or use it in our daily life. So in this article, we will do the Realme GT Neo 3 performance test and gaming test. Moreover, check if the Mediatek Dimensity 8100 is worth 36K or not.

The Realme GT Neo 3 is equipped has the specs as sheet below:

We checked the Realme GT Neo 3 by gaming and benchmarking. We gamed on it so that we can understand the actual performance factor of the smartphone. And by benchmarking it we got to know about the capabilities of the processor in numeric terms. So first we tested Realme GT Neo 3 in terms of gaming.

Then instantly we started playing Genshin Impact and we played it for about 15 minutes. The gameplay was smooth and lag-free. I liked that the smartphone didn’t overheat even after continuous playing.

To end the gaming session, we played Asphalt 9 for another 15 minutes. Here also the gameplay was smooth and jitter-free. Then when we measured the battery, it was a 27% drop.

Verdict: The gaming performance of the Realme GT Neo 3 was not up to the mark, however, this might be because it is a new processor so many of the games are not optimized and with future OTA updates this will be fixed.

Must Read | How to Customize Touchpad Gestures in Windows 11

Firstly, to benchmark, we used a CPU throttling app and as a result, Realme GT Neo 3 throttled 81% for 20 cores running for about 30 minutes.

Then we performed the Antutu benchmark test and there it got about 8 Lakhs+ scores as shown below in the screenshots.

At last, we checked the benchmarks of the 3D Mark app and the scores were great as shown in the screenshots below: