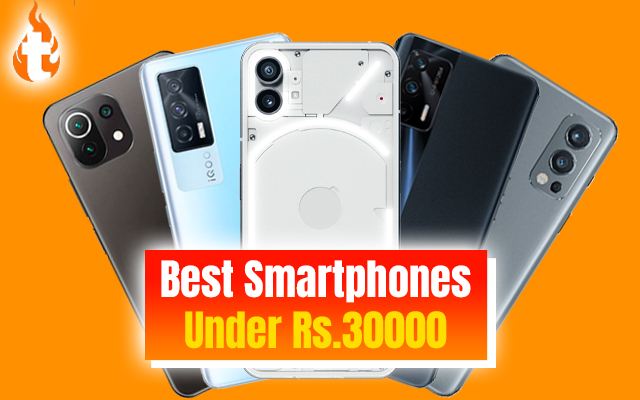 Finding a smartphone that fits your budget and needs is a win-win situation. The Indian mobile market offers many brands and price ranges to choose from for everyone. The prices of flagship smartphones have skyrocketed over the past few years, and it’s not at all shocking that people are spending so much money. Fortunately, if you are looking to buy a smartphone, you have come to the right place. If your budget isn’t generous, you can actually get the same performance, features, and style for less than half the price. 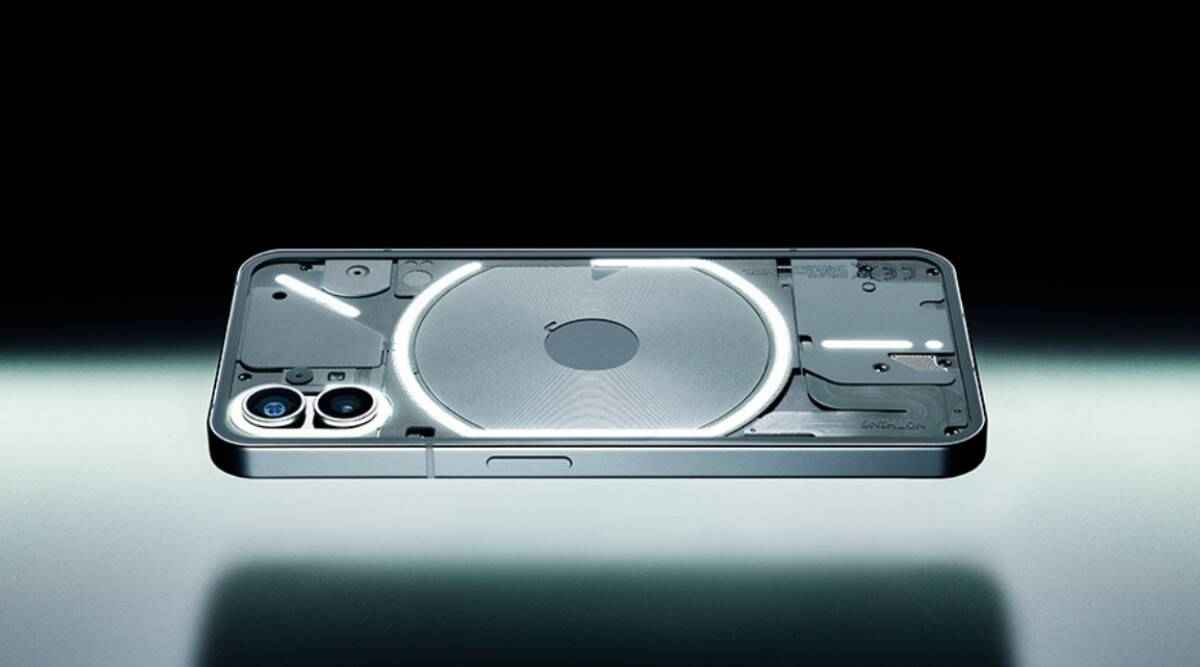 Flagship smartphones tend to make a lot of noise and hype before they’re released, but it’s not often that we see the same level of excitement or even a higher level of excitement when launching a mid-range phone. It’s been a highly anticipated smartphone for a number of reasons, but we think the main reason is Carl Pei, the man who heads the company, and also the one who helped shape OnePlus.

The goal of Nothing Phone 1 is to provide a clean and simple Android experience but with a unique hardware sophistication thanks to the fancy notification lights. At the front of the Nothing Phone 1, you get a bright, crisp 6.55-inch screen that, thanks to an OLED panel produces very good colours. The screen has a 10-bit color depth with Full HD+ resolution. And it has a refresh rate of 120 Hz. Phone 1 uses the Qualcomm Snapdragon 778G + SoC, which is a powerful 5G chip.

Phone 1 has a 4500 mAh battery and supports wired charging at up to 33W USB PD speed. Nothing Phone 1 also has support for 15W fast wireless charging and also 5W reverse wireless charging. The main camera uses a 50MP Sony IMX766 sensor with optical stabilization. We’ve seen good things from this sensor on several flagships, so I would expect the same from Phone 1. The second camera is an ultra-wide 50MP and uses the Samsung JN1 sensor.

The selfie camera is equipped with a 16MP Sony IMX471 sensor, which we’ve seen on many OnePlus flagships over the years. Phone 1 is the perfect embodiment of this approach, designed to start a conversation and delight users with its originality. It can be the best choice for you from the list of top 5 Smartphones under 30000. 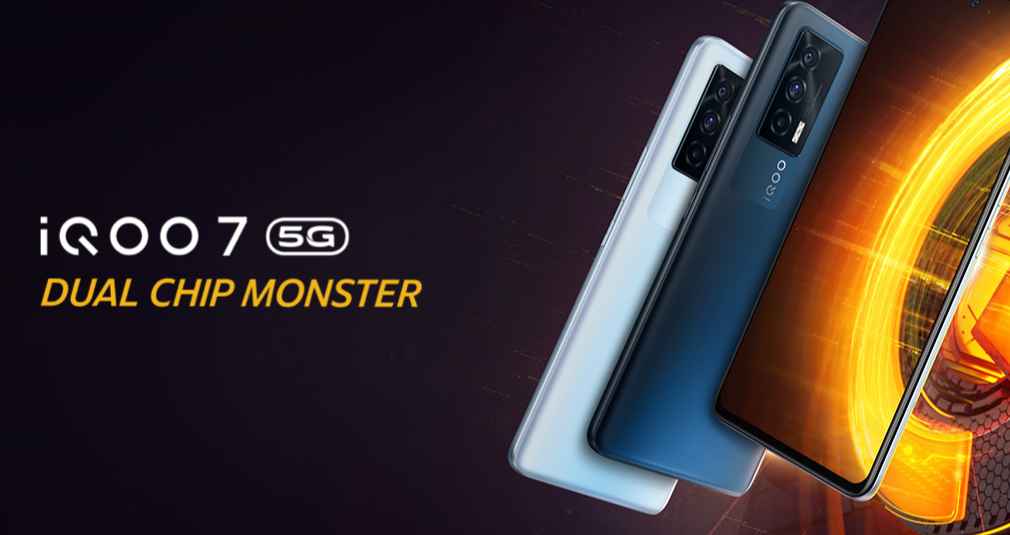 iQOO 7 is one of the best smartphones of 2021 and still is one of the best phones on the list of top 5 smartphones under 30000. The back of the smartphone with curved edges is covered with AG frosted glass, which not only looks great but also prevents fingerprint smudges. While performance-oriented smartphones have to compromise on design, style, and weight, the iQOO 7 comes in handy. The iQOO 7 uses a 6.62-inch Full HD+ AMOLED panel with a 20:9 aspect ratio and 120Hz refresh rate.

The tablet is bright enough to remain legible in direct sunlight. At the top, there is a notch in the middle that houses a 16-megapixel selfie camera. In addition, the painting is surrounded by thin frames. iQOO 7 supports Widevine L1 certification, which means it can stream Full HD content on apps like Netflix, YouTube, and Prime Videos. The triple rear camera setup on the iQOO 7 consists of a 48MP Sony IMX598 main sensor, a 13MP wide-angle lens that doubles as a macro camera, and a 2MP monochrome lens.

On the front, there is a 16MP camera for selfies and videos. The iQOO 7 is equipped with a 7nm Qualcomm Snapdragon 870 processor. This is not a mid-range SOC, the 870 is last year’s flagship processor, however, it packs a lot of power. The smartphone is powered by Adreno 650 graphics engine. iQOO 7 runs FuntouchOS 11.1 based on Android 11 and has up to 12GB of RAM (LPDDR5) and up to 256GB of storage (UFS 3.1).

Performance aside, another thing that really stood out in our daily use is the 65W fast charging. iQOO 7 is equipped with a 4400mAh battery, which is enough for a whole day in a moderate usage scenario. The smartphone comes with a 65W charger that can charge your smartphone in just 30 minutes. If you are looking for a smartphone with premium features and don’t want to spend more, then iQOO 7 should grab your attention.

Mi 11X is on the list of Top 5 Smartphones under 30000 because it is the cheapest and most affordable flagship phone with competitive pricing and impressive specs. At first glance, the Xiaomi Mi 11X looks amazing. The device is in line with the spirit of 2021 when it comes to the design of the flagship phone, whether it is small bezels, a small hole for the camera, a frosted glass design, and a prominent design for the rear camera. Mi 11X is the cheapest phone with Snapdragon 870 processor. It is an octa-core processor that clocks in at 3.2GHz.

It is based on the 7nm process and comes with an X55 5G modem. Graphics and gaming content are handled by the Adreno 650 GPU. It is a 5G capable chipset with support for n77 / n78 bands. Xiaomi Mi 11X is equipped with a triple camera setup with a 48MP main camera (Sony IMX582), an 8MP ultra-wide-angle lens, and a 5MP macro lens with a 50mm focal length. Selfies are captured with a 20MP camera with a notch. You can record up to 4K at 30 frames per second, and the device also comes with a microphone in the camera unit.

But you cannot record 4K video at 60 fps on the camera because this is a limitation of the Sony sensor. Xiaomi Mi 11X is powered by a 4520mAh battery with 33W fast charging support. Xiaomi claims that the phone can reach 50% in 19 minutes and it takes around 51 minutes to fully charge it. However, we got a full charge in 63 minutes on average, which isn’t exactly what the company claims, but it’s still acceptable. The Samsung E4 AMOLED panel is one of the best screens we’ve seen on phones in this price segment. In addition, the best-in-class performance of the Snapdragon 870 is another reason to get the Mi 11X. 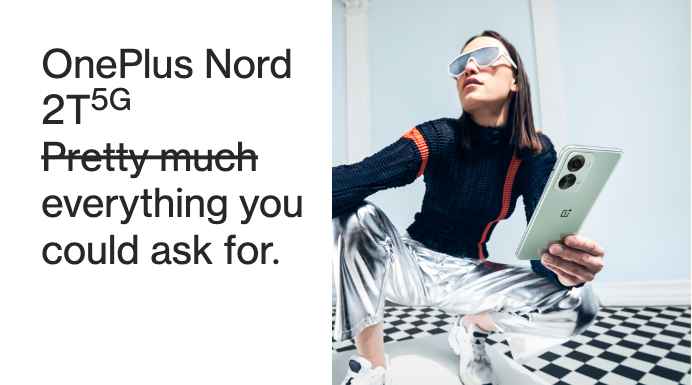 The look of the OnePlus Nord 2T is one of its strengths. While the phone’s dimensions and frame are identical to the Nord 2, it’s also capable of keeping classic OnePlus elements. On the front, there is a 6.43-inch screen with a resolution of 1080 pixels with a refresh rate of 90 Hz. The screen is flat instead of curved on the sides, and the 32MP selfie camera is notched in the upper left corner. The Nord 2T uses a MediaTek Dimensity 1300 processor, which is a step up from the Dimensity 1200 that ran Nord 2.

It comes with either 8GB of RAM and 128GB of storage or 12GB of RAM And 256 GB of storage, depending on the model. Battery life is good, one charge lasts all day. The main selling point of the OnePlus Nord 2T is its support for 80W SuperVOOC wired charging, including the included charger. The Nord 2T’s 4,500mAh battery can be charged from zero to 65 percent in less than half an hour. On the back of the Nord 2T, there is a triple camera setup: a 50MP main camera, 8MP wide angle, and a 2MP monochrome camera for black and white shots.

Meanwhile, selfies taken with the 32MP front camera were bright and eye-catching, although they lacked fine detail. Video capture capabilities are very good. Nord 2T can capture up to 4K at 30 fps or 1080p at 60 fps. So, in the list of Top 5 Smartphones under 30000, the OnePlus turns out to be a good versatile one.