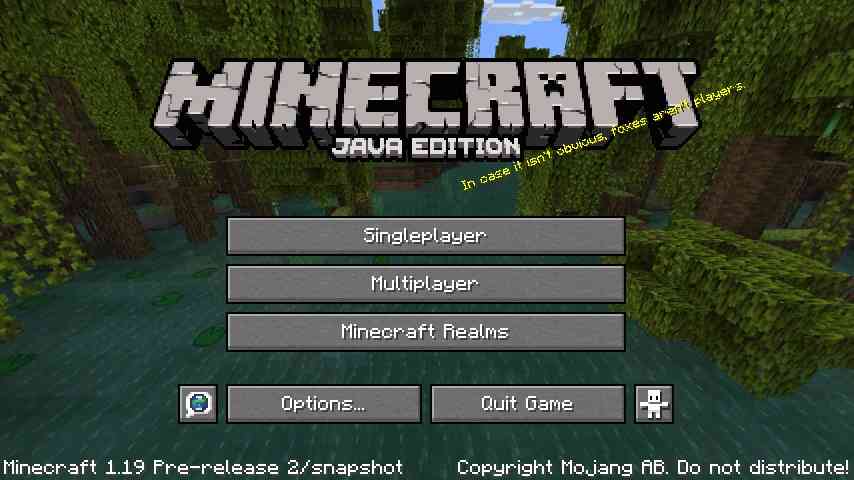 https://www.ispeech.org/text.to.speech
Minecraft is one of the most popular games that players play in today's time. So, the wait for the next update is finally over, and the Wild update is all set to release next week. After multiple delays and postpones, the developers are finally all set to push the latest update with new biomes and mobs in the game. The Minecraft 1.19 update is all set to come out, and the ideal part about this is that players would not have to wait for it for long. Here is everything we know.

According to the official blog, the Minecraft Wild update is all set to release on June 7th, 2022, for supported platforms. The update will drop on all devices at the same time for Java and Bedrock users. If the number of players trying to update the game gets too much, there can also be a significant delay or lag in the process.

Wave cautiously to the warden, become friends with the frog, and make the acquaintance of the allay, #TheWildUpdate arrives with a roar on June 7!

Where in the wild will you wander? Discover more now:

It is important to bear in mind the fact that only Windows users can access both Minecraft Java and Bedrock editions. The reason is partially because Mojang, the game's developer studio is owned by Microsoft. Due to that, players can get both editions free of cost with the help of the Xbox Game Pass.

What is the Minecraft 1.19 Wild Update Bringing to the Game?

Talking about the new contents that the 1.19 update will bring to the game, players will be getting two new mobs named Alley and the Warden. Adding to that, the update will also bring two new biomes, multiple parity changes, and the first Minecraft update to the gaming world. Players can also use the Minecraft Preview to enjoy all the latest updates before release.

This is all we know about the upcoming Minecraft 1.19 Wild update. To stay up to date with the upcoming advancements, keep an eye on Techburner.

How to Download Apex Legends Mobile on PC: Step-by-step Guide