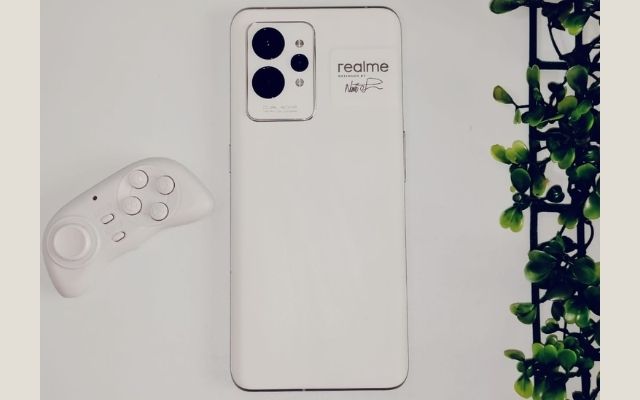 Realme has been doing a great job in its GT series since last year. Recently Realme came up with its GT-series successor, GT 2 Pro. The new Realme GT 2 Pro has arrived with some flagship-level specifications. People who were waiting for the smartphone to arrive can now get their hands on it. However, you might wanna get some reviews about its performance before spending 50K on a smartphone. So, here we come in, and today we are here with our Realme GT 2 Pro performance test. In this article, we will see the Realme GT 2 Pro benchmarks and real-time performance. So without any further ado, let’s head into the article.

Realme GT 2 Pro comes with the latest Qualcomm-powered Snapdragon 8-Gen 1 chipset. Additionally, the steal deal maker is the LTPO2 AMOLED 4K display. This is the only device that comes with this display at this price range. Furthermore, the device we will be testing is a 256GB internal storage variant and uses UFS 3.1 technology and LPDDR5 Quad-channel 12GB RAM. For the processor, it comes with an Octa-core (1×3.00 GHz Cortex-X2 & 3×2.50 GHz Cortex-A710 & 4×1.80 GHz Cortex-A510). And on the GPU end, it is equipped with Adreno 730.

In this article, we will be testing the smartphone with multiple benchmarking tests such as Geekbench, 3D Mark, CPU throttle, PC Mark, and multiple heavy games that include – BGMI, Call of Duty, Genshin Impact.

As you can see in the above screenshots we performed the Wild Life Extreme Stress Test which took about 20 minutes to complete. And the scores defined here are good, however, the stability of the device is not as much as you might expect as 64% stability is not a healthy percentage for the Snapdragon 8-Gen 1 smartphone.

We played Call of Duty on the Realme GT 2 Pro for about half an hour. Where every setting was enabled and set to max graphics. The smartphone got a bit warm around the camera part. Throughout my gaming session, there were no visible lags or stutters. We were easily able to get 60fps on an average with max settings and everything on. The warmth of the smartphone was not much uncomfortable. And it was pretty bearable till the very end of the game.

We also played BGMI on it. The gameplay was smooth and we were easily able to get 35-40 fps when graphics were set to HDR and Extreme. When played at Smooth, we easily got around 50-60 fps with a bit of fluctuation when played for long. We played BGMI for about 1 hour and the performance was impressive for 45-50 minutes but the phone started stuttering at the end. Moreover, the device was also heated and felt uncomfortable while playing due to its heat.

We also played Genshin Impact on Realme GT 2 Pro for about 20 minutes. And the device heated quickly while playing it and gameplay also started to be jittery and laggy at the end. We also noticed that sometimes there were frame drops and sometimes a hike in it.

Throughout our testing, the device performed well. However, if we particularly talk about benchmarking, the device’s stability as per 3DMark was not as expected. On the other hand, the device performed very well in the CPU throttling test of 100 threads. Moreover, as per real-life usage, the only issue was that it heats up quickly while playing heavy games such as BGMI, Genshin Impact, Call of Duty, etc. To sum up, the device’s temperature rises and makes it uncomfortable for us to hold it from the sides or play games in landscape mode because of its metal frames.

That was it guys for our Realme GT 2 Pro performance test. Keep an eye out on TechBurner for more such updates!!