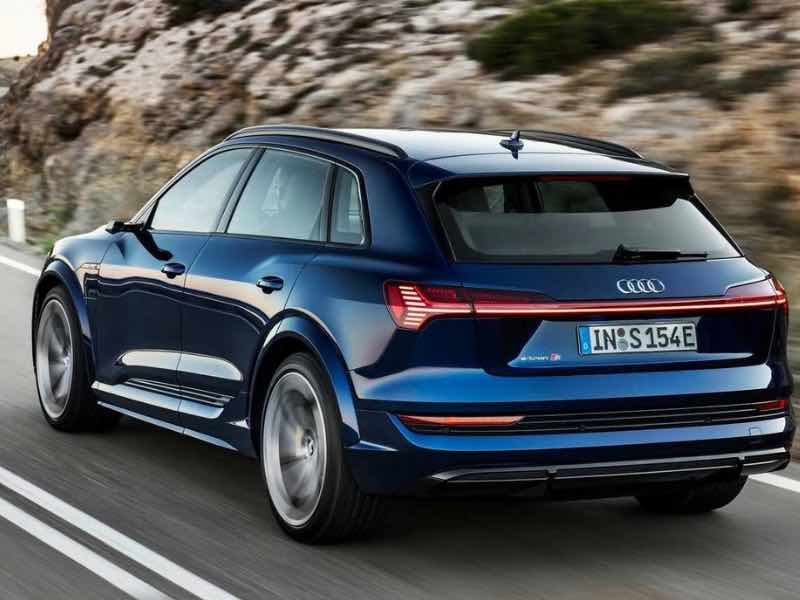 Audi, a German luxury automotive manufacturer, has introduced their electric car Audi e-tron in India. It has two versions: the e-tron 50 and the e-tron 55. Its exterior has the trademark single-frame grille, grid LED headlights, orange brake calipers, alloy wheels of 20-inch five-spoke, LED rear lights with an LED strip spanning the entire boot lid, and soft-close doors. A wide sunroof, digital cockpit, four-spoke steering, four-zone temperature-controlled, 360-degree camera, wireless charging, and ambient lighting in the interior cabin. Audi e-tron mileage is also spectacular, 400 km per full charge. Not only mileage Audi e-tron top speed is 199kph. That’s not all, there are more exciting Audi e-tron specifications. So, what’re the top features of Audi e-tron bring to you? Go through the unique 5 top features of Audi e-tron! 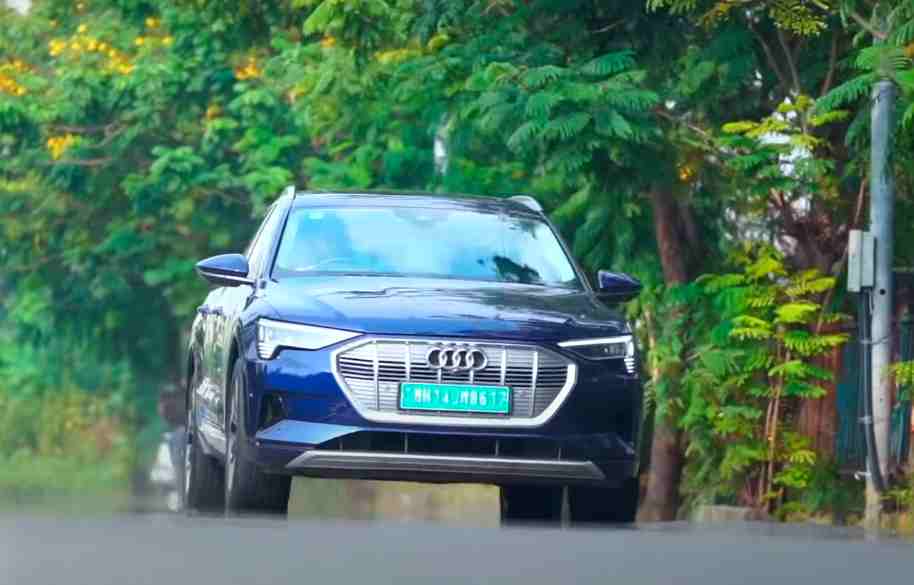 Virtual wing mirrors are among the top features of Audi e-tron. To minimize drag, they added short stalks with cameras on the end, feeding into OLED displays that lie between the dashboard and the doors. The e-tron achieves a drag coefficient of 0.27 and 258-mile range thanks to active cooling vents at the front and a flat aluminum underbelly.

Audi has taken regenerative braking to a new level with the e-tron, which has one of the most efficient systems in the industry. 90% of braking in the e-tron is accomplished via energy regeneration. The electric motors run in reverse and charge the batteries every time you hit the brake pedal. 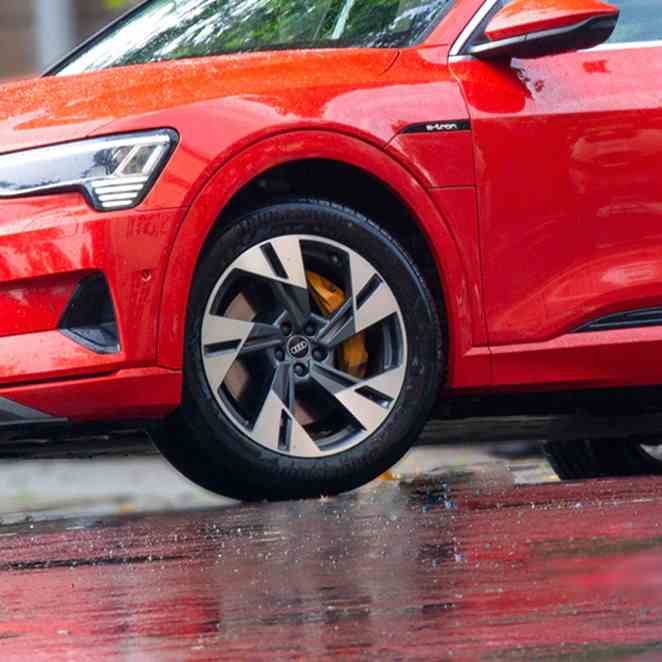 Audi’s all-wheel-drive technology is well-known, and the electric Quattro is among the top features of the Audi e-tron. The advantage of a totally electric system is that it can respond significantly faster than mechanical all-wheel drive.

Read More | How To Sideload Android Apps On Windows 11

The electronic Quattro system selects to deliver torque to a certain wheel in only five milliseconds. It is far faster than a ‘regular’ system that needs to deal with mechanical clutches.

The Audi e-tron can charge from 0 to 80% in less than 30 minutes using a 150kW charger. That’s substantially quicker than its competitors’ rapid charging periods of 45 minutes. That’s why it’s one of the top features of Audi e-tron. The vehicle comes with an 11kW charging system as standard, as well as a double 22kW charging system as an option for charging at home.

Do you know? You may also include solar panels in your e-tron charging system. 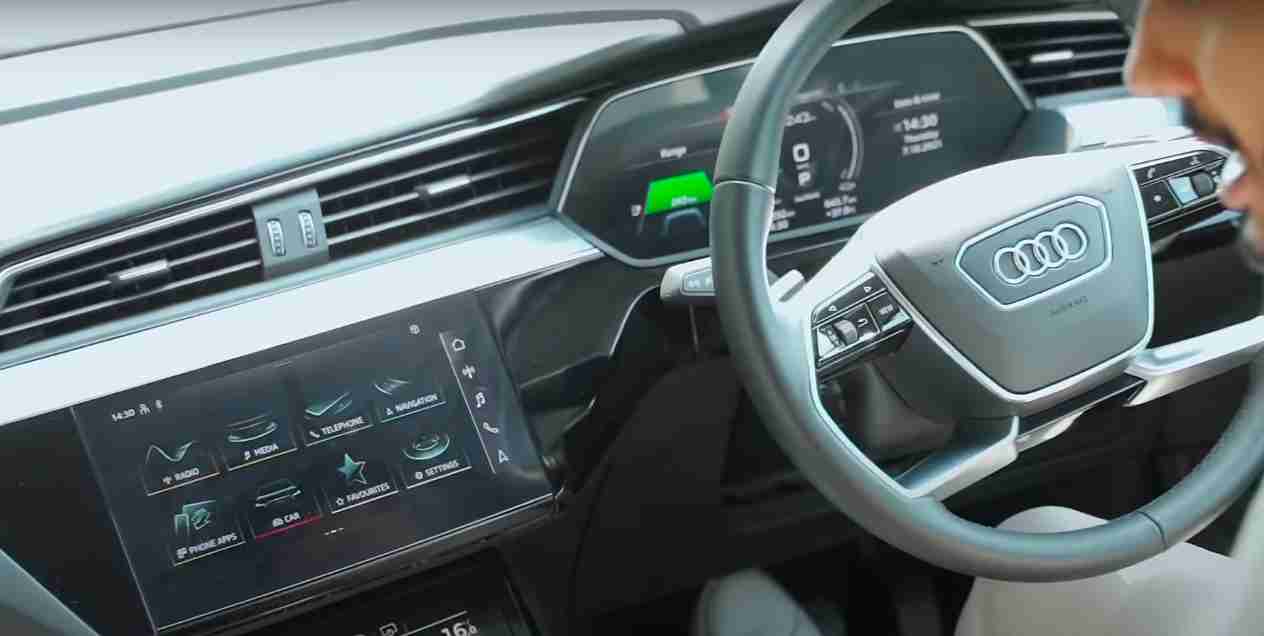 The e-tron delivers 355hp straight from the lights, thanks to an electric motor on each axle fueled by a 95kWh battery pack beneath the cabin. The engine also offers a ‘boost mode’ that increases the power output to 402hp and 490lb-ft of torque.

With such a grunt, the SUV will hit 100kph in 5.7 seconds, like real sports cars while being a true family vehicle. Audi e-tron top speed is 124mph (199kph), with quick torque available.

Audi’s first attempt at a full-fledged EV, the e-tron, features all the standard Audi technology. Audi e-tron specifications also include many industry firsts that set it apart from others.

Like smartphones and laptops in this new tech-obsessed world, the e-tron will be snatched up by people looking to be ahead of the game.

Hope you enjoyed the top 5 features of Audi e-tron. Watch the video for Audi e-tron review.

That’s All For Today. Stay Tuned To TechBurner For More Awesome Content!