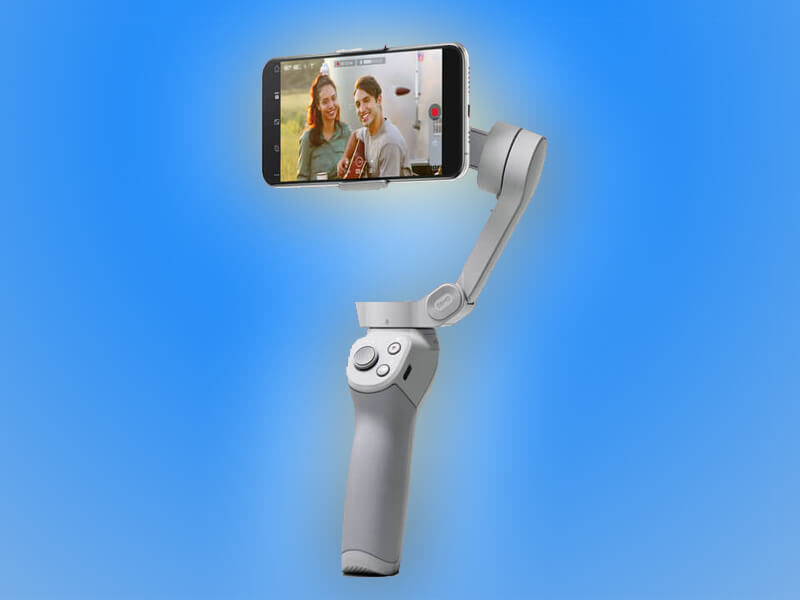 The DJI Osmo Mobile 4 uses Bluetooth v5.0 to connect to the phone. It comes with a 2,450mAh battery that the company claims can last up to 15 hours. It takes about 2.5 hours to completely charge the device with a 10W charger using the Type-C port. The new DJI Osmo Mobile 4 also brings quite a lot of exciting features such as magnetic mount, improved motors, etc.

Osmo Mobile 4 has the same foldable design as its predecessor. It now comes with two magnetic mounts so you can quickly attach and detach your phone without needing to clamp it down. One magnetic mount is a clamp which wraps your phone. At the same time, the second one attaches to the back of the phone. It also doubles as a finger ring so you can get a better grip with one hand.

The Osmo Mobile 4 features a newly updated motor which now supports larger phones and spans an expanded range of motion—taking the phone about 10% further in the X and Y plane when controlling it with the joystick. 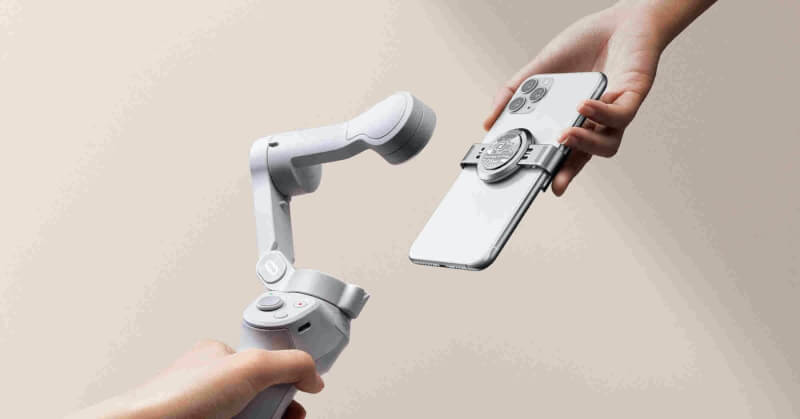 It was formerly called the dolly zoom. It works by digitally zooming in on a subject while walking backwards or vice versa.

It spins the camera in a fun barrel roll effect, though the phone won’t rotate a full 360 degrees since the gimbal only turns so far.

It lets you clone yourself to appear multiple times in a single shot.

Osmo Mobile 4 has been launched in the US and some other country. So, we can expect that it might launch in India in September.