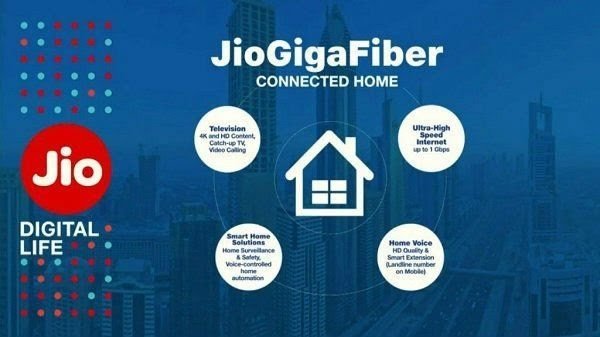 Reliance Jio announced its GigaFiber broadband couple of months back in India. The company is almost at the edge of finishing the testing and launch the service in the near future.

Jio was testing the FTTH services in the country since the last two years and it is all set to compete against Airtel broadband and BSNL broadband. With the launch of its GigaFiber broadband service, the company will increase the level of competition in the fiber-to-the-home industry.

Currently, there is no information on when the company will launch the service, but we do have the priority list of states from where the company will start launching the broadband services.

The states which are under first Jio GigaFiber launching list includes

States which comes under the Jio GigaFiber’s second list are

According to the company, the users will be able to enjoy high-speed unlimited data access with Jio GigaFiber broadband service with the validity of 3 months.
If you are interested in availing the Jio GigaFiber connection, customers need to pay a deposit of Rs 4,500 for the GigaGiber router and the JioTV router which will be refunded, when you want to stop the subscription. While talking about the plans, as of now no one knows about the plans and price of GigaFiber broadband, but some reports suggest that the company will launch its plans starting at Rs 500.
If this is going to be true then, other competitors really need to prepare themselves to protect their customer base.