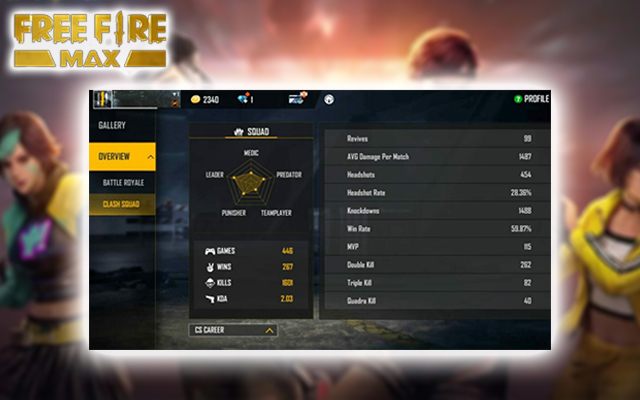 Free Fire Max has been downloaded millions of times thanks to its outstanding graphics and excellent dynamics. With weapons like assault rifles, SMGs, LMGs, and shotguns, players live a happy life. However, with such a wide range of weapons, it is sometimes difficult for players to choose the right one for themselves. Players who play more in ranked mode always try to keep their stats at a good level. This includes a high KD ratio and a good head injury rate.

KD stands for Kills/Deaths, pronounced as the ratio of kills by the player to deaths of the player. The kill-to-death ratio (K/D ratio) is one of the first major metrics that Free Fire Max players notice in other people’s profiles. Despite the fact that it mainly indicates the number of opponents the user has defeated, players continue to use it to evaluate and compare the results of others. Having a high KD ratio in Free Fire Max is a sign of experience and prowess in combat. The better the stats, the higher the chances of a player being invited to major guilds and teams. But, sadly it is not an easy task to maintain a high KD ratio.

Achieving a high KD ratio is very important due to its benefits. If a player dies repeatedly during a match, his stats will suffer. This prevents the KD ratio in the game from increasing or stabilizing. Fortunately, there are some tips and tricks players can use to solve these issues. Nowadays, the importance of the KD ratio has also risen to maintain its level in society. Moreover, beginners also strive to provide the highest possible KD ratio. That’s why here are the Best tips to maintain KD in Free Fire Max.

Hot Drops are locations on the map that attract many teams and players due to the higher loot in Free Fire. Whether you’re playing with random players or with your teammates, dropping locations has a bigger impact on the team. Those looking to increase their KD percentage or increase their rank should avoid hot dips. Users should always avoid it when trying to increase their KD ratio. Landing in dangerous places like the clock towers, factories, and the summit will kill you early, and if you die, your KD will drop afterwards.

This can sometimes secure a lot of kills if they take up a gun first. And in many cases, it can lead to death at the start of the game. As such, players must avoid hot drops. In Free Fire Max Clash Squad mode, players can try to play as an area and occupy central complexes and buildings. They are more likely to be killed when opponents try to become aggressive.

In most cases, elimination occurs when a player engages in close combat. Given how effective the guns are, immediate opportunities are pretty rare. Weapons such as shotguns or sniper rifles are known to allow players to kill with one or two shots. This way, users can focus on mastering at least one of the weapon classes in Free Fire Max. Close combat often leads to unexpected consequences. Players rush into battle and receive counterattacks. Sometimes this leads to filtering. If this happens early in the game, the player kill count is likely to be zero.

To avoid such situations when increasing the KD ratio, players must choose long-range attacks.
As such, players may prioritize training with sniper rifles or shooters, as long-range combat is relatively safer. Even if they were attacked, they would have enough time to retreat to safety. Shooting from a safe position allows players to remain undetected as well as safe targets. In the list of Best tips to maintain KD in Free Fire Max, this tip can be very beneficial.

Focus On Surviving Till The End

The KD coefficient is calculated by dividing the total number of deaths by the total number of deaths. Therefore, in order to get a good percentage, you should die at a lower rate and hit more per game. While locking in kills is a foolproof way to improve your kill rate, there are risks associated with this. Each time a player enters a fight, he may be kicked out of the match. This increases their mortality.

To avoid this scenario, players should only attack opponents when the odds are in their favor. You have to survive and win consecutive kills and improve your sense of play and other tactics. This will reduce the chances of getting killed in combat and help keep the KD ratio stable. However, if players shift their focus to getting Booyah, it can put undue pressure on the team. This could lead to an early exit with fewer deaths. Thus, reducing K/D. 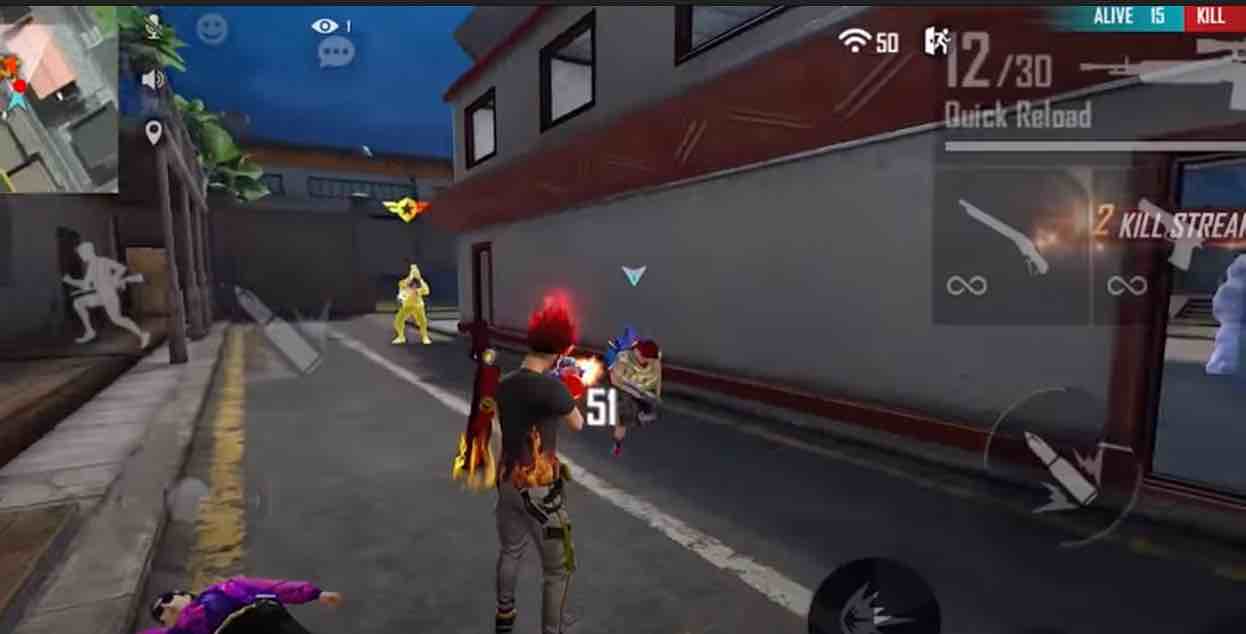 Throwing at enemies only works when their location is known and players have a numerical advantage. To reduce the number of early endings and maintain the KD ratio, players must first explore the area they are about to attack. When prompting opponents to safely remove them from their positions or annihilate them, players must be careful with their surroundings. While a successful push will result in many deaths, it can end in disaster.

An attack should be avoided without developing a movement strategy unless the opponent is stuck in a vulnerable position. To reduce the chance of being hastily destroyed, players must explore the area before attacking. In addition, they can throw grenades and other useful objects to harm and confuse the enemy. This will help users to survive longer and can take advantage of the ability to kill opponents later in the match.

Teamwork is essential even when trying to improve the KD ratio in Free Fire Max, even though it might seem strange at first glance. The game becomes more difficult as you advance in the level. When you are looking for ways to improve and maintain your KD ratio in Free Fire Max, playing with a team is your best bet. By being in a group, players can effectively track down more opponents. When the team charges the enemy under these conditions, the improved communication will result in several kills due to the improved communication.

Likewise, when defending against pushing, better coordination can certainly save death and help raise the percentage even higher. Also, try to play with players below your rank to get a good KD. Free Fire will match players of your same level, and if you are at a higher level, you will face opponents of the same level. So if you are playing on a new account, you will be on par with lower-ranked players or beginners. 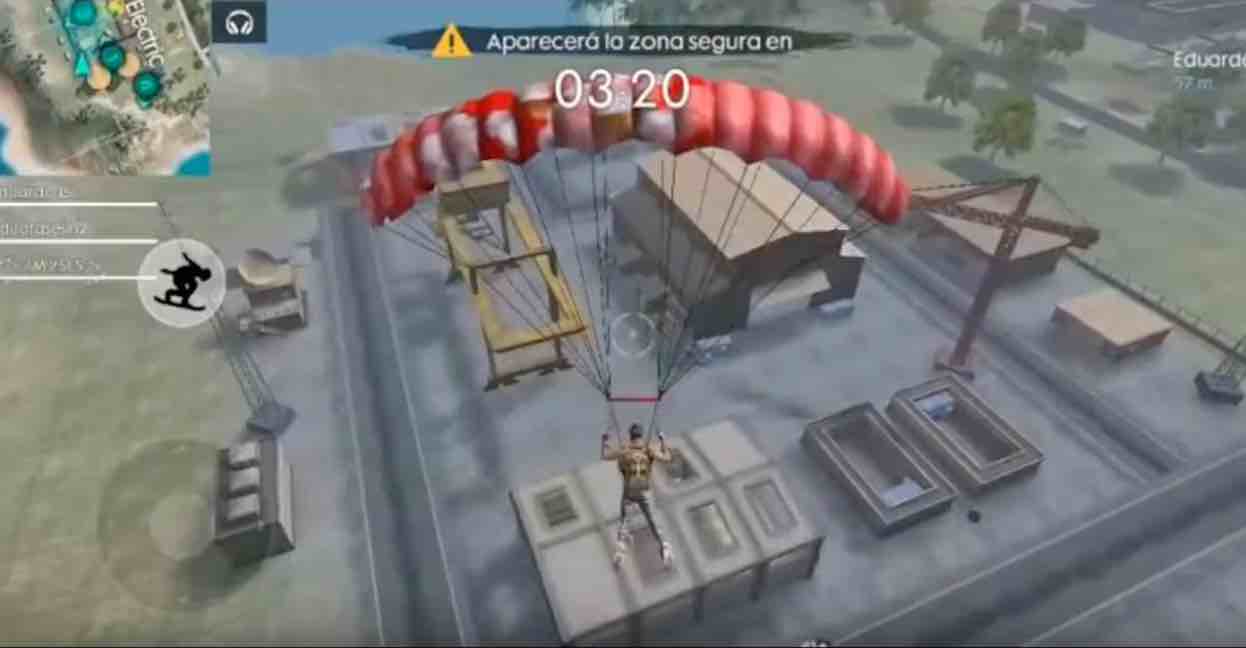 Landing points can be very important in the game, that’s why it’s on the list of Best tips to maintain KD in Free Fire Max. If players want to keep 3+ K/D in BR mode, they must choose safer landing positions to start the match. If you land in a hot spot, you’ll be sent back to the lobby within a minute. Safer places tend to attract bots rather than real enemies. In this way, one or two kills can easily be carried out without much effort.

Drop locations have a huge impact on the team, whether you’re playing with strangers or with friends. If players choose to fall hot, their chances of survival are reduced, and in some cases, users can finish the match early without killing any players. Hence, those looking to improve their KD percentage or rise in ranks should avoid the hot dips. There are some of the best possible landing sites to improve KD ratio like Mars Electric, Katulistiwa in Bermuda, Alpine/River Mouth, Central, Forge on Purgatory, etc.

So, these were the best tips to maintain KD in Free Fire Max. For some players, KD is everything in the game and they want to increase it in some way. Because, as mentioned earlier, having a high KD in Free Fire will make everyone consider you one of the best players, and this is a sign of veteran and prowess in fighting. The better the stats, the higher the player’s chances of calling the best guilds and teams.

Among all the tips mentioned above, the most important one will be safe landing points, because if you ignore them, your game can be completed in less than a minute without any killing, and this will greatly affect the percentage of KD in the game. Also, pay attention to other tips, they all are very useful and are the Best tips to maintain KD in Free Fire Max.