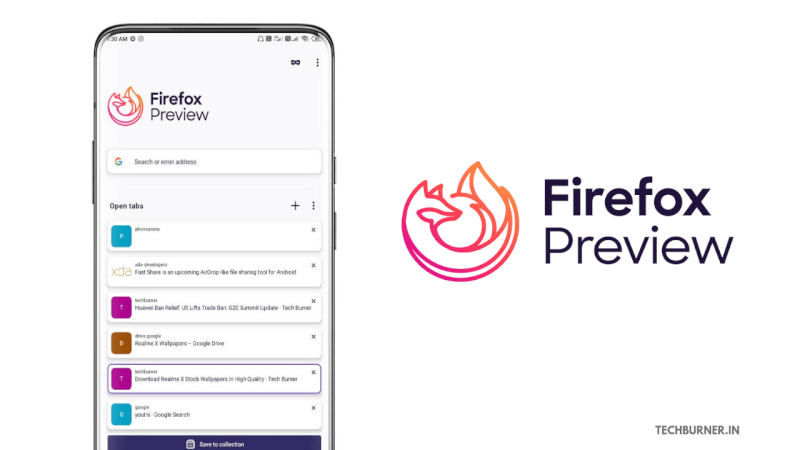 This new Firefox browser is built on the GeckoView open-source mobile browser software. Mozilla claims that the new browser is 2x faster than the previous Firefox mobile browser. The browser definitely feels fast and fluid in our initial usage. However, this is a preview build and Mozilla will make it more fast and stable in the stable build.

READ MORE: How To Get Chrome Extensions On Mobile With Kiwi Browser

Mozilla says, “It will combine the speed, privacy, control, and easy-to-use features you have come to expect from Firefox. Like all Firefox products, it will never sell your data for profit.” If you want to test this early build of new Firefox Browser then Download Firefox Preview. Click on the below link to Download Firefox Preview from Google Play Store.

Install and try out the new Firefox Browser for Android. Which is your favourite Mobile browser? Let us know in the comment section below. We will see you in the next one.