How to Split Bills on Google Pay App? 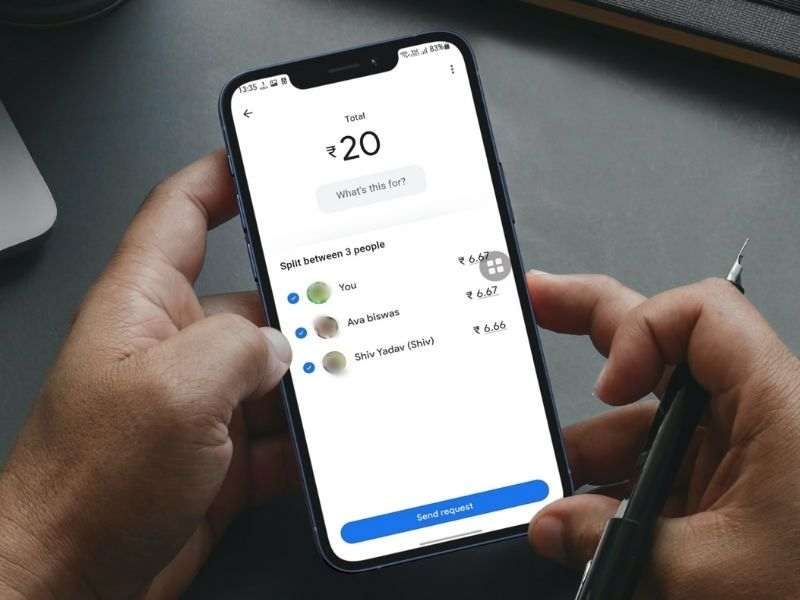 iSpeech.org
Do you know you can split bills with family and friends directly from Google Pay? Google announced a feature to add a bill splitting feature to its UPI payments tool, Google Pay. They announced it last month at the Google for India 2021 event. This useful function has now been rolled out, and you can use it by updating your Google Pay app. This new tool 'Split Bills' on Google Pay makes it easy to keep track of your spending on nights out with friends. Also, guarantee that they don't forget to pay you back. Convenient, right? Google Pay is primarily a payment app. Therefore, the payment procedure is simple as compared to other specialized bill splitting tools. In this post, we will teach you how to split bills on Google Pay. Stay tuned!

If anyone in the group doesn't owe you money, you may deselect them. Then split the bill amount among the other members. You may also provide a description to help you remember the spending later. To raise the payment request, hit Send Request after you're finished.

How to Delete a Google Pay Group?

2. Exit the group after you've deleted all the members. To do so, hit the Leave group and then confirm your choice.

So, that’s all! With these simple steps, you can now split bills on Google Pay.

How to Register Your Child for Covid Vaccine?

How to Preview Voice Messages on WhatsApp