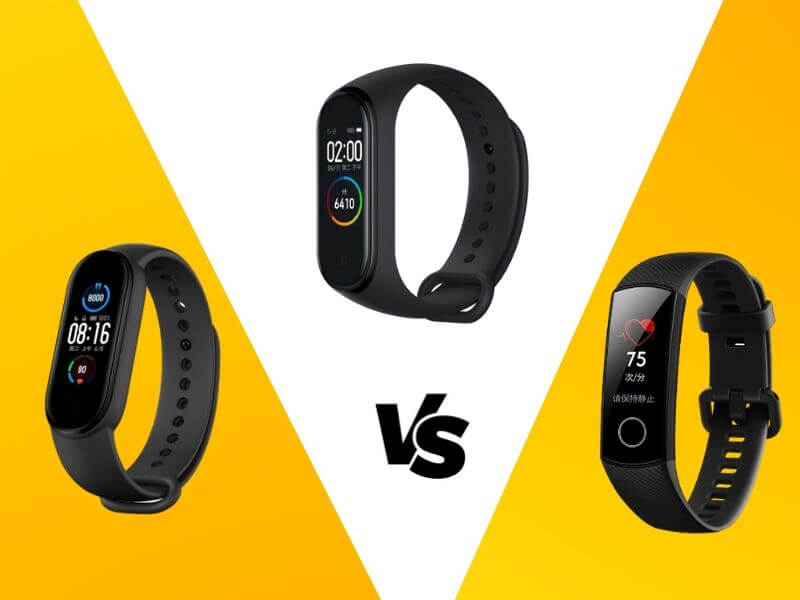 Fitbit became the first-ever company to launch fitness trackers towards the end of 2009. In the initial days, they shipped over 5,000 Fitbit bands, and that was a major accomplishment back then. With each passing day, the craze for fitness gadgets is increasing. Whenever we think about fitness bands now, three well-established brands come to our mind – Mi, Honor, and Realme. These are the engines of the fitness band market. Xiaomi recently launched its new Mi Band 5. In this article, we will do an ultimate comparison of Mi Band 5 vs Mi Band 4 vs Honor Band 5. We are going to do an in-depth specs comparison of Mi band 5 vs Honor band 5 vs Mi Band 4. Further, we will also look at the Mi Band 5 price in India and Mi Band 5 launch date in India. Let’s get straight to the comparison.

Let’s take a look at the quick specs for Mi Band 5 vs Honor Band 5 vs Mi Band 4.

Battery life matters in every fitness band. Starting with Mi Band 4, it has a 135mAh energy capacity, which can survive for around 14-20 days. In terms of battery life, we haven’t seen any major upgrade in Mi Band 5 from its predecessor. Notably, we will get a magnetic charging feature with Mi Band 5 for the first time. Talking about Honor 5, it comes with a 100mAh battery, which lasts for 14 days. Evidently, Mi Band 5 and Mi Band 4 offer much better specs from this aspect.

In terms of sensors, Mi Band 5 features considerably newer sensors. It brings a Personal Activity Intelligence (PAI) sensor, which keeps an eye on our health. With that, we will get heart rate tracker and some women’s health features. Moreover, Mi Band 5 offers 11 sports modes and 24-hour deep sleep monitoring. We also get a remote shutter feature to click photos from our band, which is very beneficial nowadays. Next, Honor Band 5 comes with a 6-axis accelerometer, PPG heart rate sensor, and an infrared sensor, which are good enough for daily tasks. Last but not least, Mi Band 4 offers 3-axis accelerometer + 3-axis gyroscope, PPG heart rate sensor, and capacitive proximity sensor, which can detect metallic and non-metallic objects. Let’s move ahead to the Mi Band 4 vs Honor Band 5 vs Mi Band 5 water resistance feature. 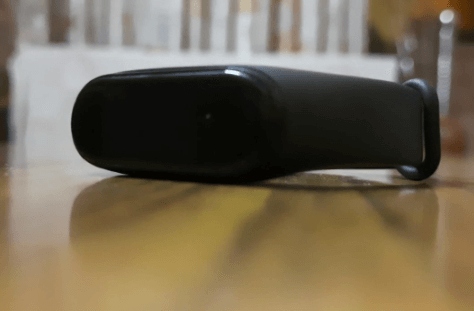 All three bands in the Mi Band 5 vs Mi Band 4 vs Honor Band 5 race are 5ATM water-resistant. It means that they can resist water up to 50 meters.

To make our band cooler and more stunning, we get multiple watch faces. Mi Band 5 offers over 100 of these, which you can configure from the official MiFit app. With Honor Band 5, you will get 48 watch faces. These can be adjusted from the Huawei Health App. Lastly, Mi Band 4 offers 70-80 watch faces. Now, let’s talk about the Mi Band 5 price in India and Mi Band 5 launch date in India.

The Mi Band 5 expected price starts from 189 Yuan. This converts to around Rs 2089. The NFC variant of Mi Band 5 costs 229 Yuan. Though, this variant is available in only China. It is compatible with the direct payment systems across the coffee shops, subways, etc. across China. Honor Band 5 price in India is Rs 2,199 and Mi Band 4 is available for Rs 2,299.

We have talked about the specs and features of all three fitness bands. To come to the best conclusion, we will look at the price again. Mi Band 5 price in India will be around Rs 2,200. Then there’s Mi Band 4, which costs Rs 2,299. Furthermore, Honor Band 5 is available for Rs 2,199. Thus, even after taking the margin of error of Rs 200 into consideration, we can say with confidence that Mi Band 5 will prove to be the best deal out of the three. Mi offers numerous modern features with its latest fitness band. It brings over 100 watch faces, a bigger display, great design, and much more. In conclusion, the Mi Band 5 could be the ideal choice in every aspect, considering its specs & features.

Stay Tuned With TECHBURNER For More Tech Stuff. We will see you in the next one.