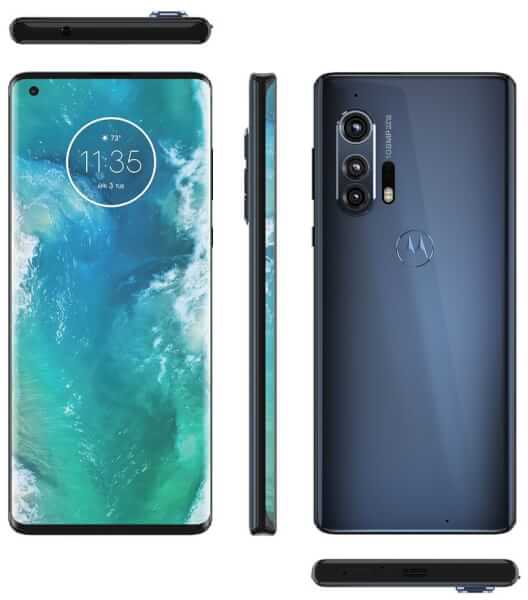 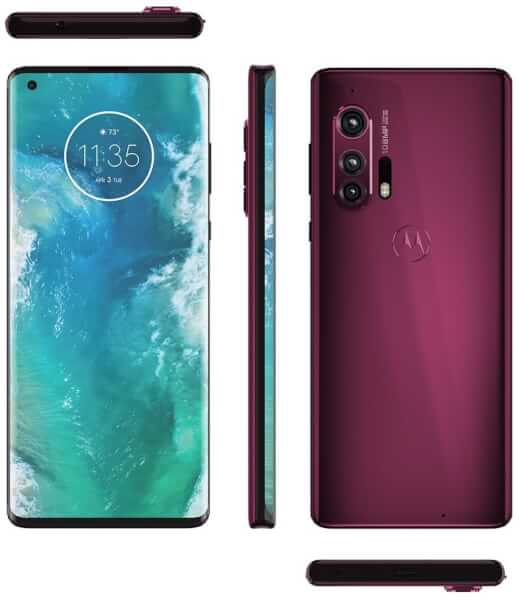 The Moto Edge+ Leaks have surfaced online. And, the Qualcomm Snapdragon 865 SoC will power the phone. And we will see the 5G connectivity in Moto Edge+. It will be the first phone from Moto offering 5G connectivity. The 6.67-inch FHD+ AMOLED panel will feature the refresh rate of 90Hz, which is quite impressive.  Talking about the memory, it is expected to start with 8GB of RAM and 128GB of storage. The actual Camera setup, we could see the 108MP Samsung ISOCELL Bright HMX, which will be assisted by wide-angle, telephoto, or macro lens. The battery is going to be a 5170mAh unit which can be charged by 27W fast charger.

Here are the expected features of the Moto Edge+.

The device might be powered by the latest Qualcomm Snapdragon 865 SoC, which is a high-end SoC integrates a fast ‘Prime Core’ that clocks up to 2.84 GHz and three further fast ARM Cortex-A77. It is expected to come with up to 12GB of RAM and 256GB of storage. It will be coming with the in-display fingerprint sensor, which will help in the authentication.

Must Read | What is Contact Tracing Technology: Apple and Google Join Hands to Fight Against COVID-19

The Edge+ is a flagship device from Motorola. So, the Moto Edge+ Price in India will come around Rs. 50,000.