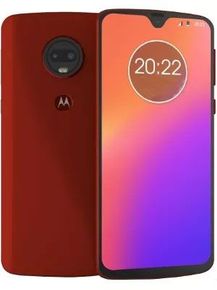 Motorola recently came back into the market with its latest Moto One and One Power. Rumors come that they are all set to launch their latest G series phone which may have a water drop notch.

MotoG7 specifications have surfaced online that suggest the presence of a large, 6.4-inch display. The leaked specifications of the Moto G7 also highlight that the handset will run Android 9.0 Pie out-of-the-box.

The fresh development comes days after a couple of leaked images allegedly showing the Moto G7 spotted on the Web. The leaked images showed a waterdrop display notch at the front and a dual camera set up at the back. Further, the images emerged with a rear-facing fingerprint sensor.

As per the leaked specifications, courtesy tech blog HowToTechNaija, the Android 9.0 Pie-based Moto G7 will have a 6.4-inch full-HD+ (1080×2340 pixels) display and have an octa-core SoC, coupled with 4GB of RAM.

The SoC is expected to be the Snapdragon 630 SoC. Further, the leaked specifications list that comes in Portuguese shows that the smartphone will a dual rear camera setup with a 16-megapixel primary sensor and a 5-megapixel secondary sensor. There is also a mentioning about a 12-megapixel selfie camera.

The Moto G7 is also claimed to have 64GB of inbuilt storage that could be expanded via microSD card (up to 256GB). The leaked specifications list also shows a fingerprint sensor and a 3,500mAh battery. The battery pack is likely to support Motorola’s proprietary Turbo Charge fast charging technology.

Motorola is speculated unveil the Moto G7 as its new affordable handset sometime next year. However, there could be a bunch of rumors and leaks in the meantime to detail the new model that is expected to be the successor to the Moto G6.

Stay tuned to TechBurner for more such articles.