Our Best Smartphones Picks of 2019: Under All Categories 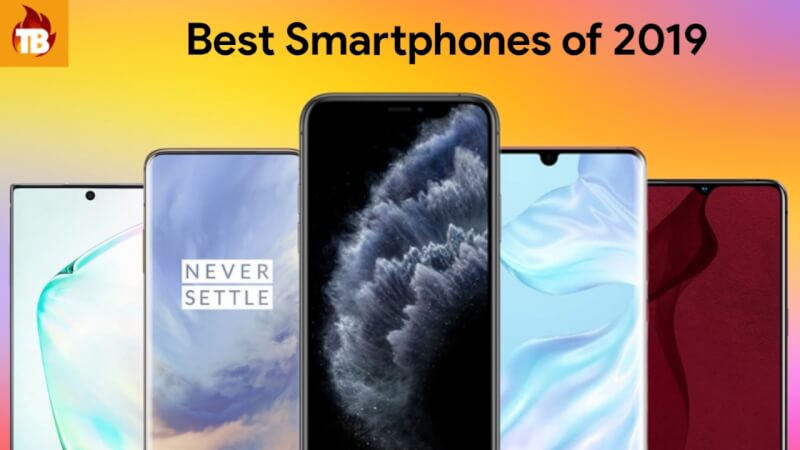 2019 has been an amazing year for the smartphone industry, we witnessed some great smartphone launches from all companies, starting from Redmi or Realme and going up as high as the Samsung Galaxy Fold. We saw the upcoming of foldable from companies like Motorola, Samsung, Royale and more, multiple new technologies like the Flip Camera’s on the Asus 6Z, the 90Hz and 120Hz displays on multiple phones starting from the OnePlus 7 Pro to the Asus ROG Phone 2. So if you are planning to buy a smartphone at the end of the year or you are just curious to know which are the best smartphones of 2019. or, If you own any of these smartphone consider yourself a true geek, but at the same time it depends upon the time when you bought your daily drive may be any of them were not available at that time. Anyways!!! here you go with our top picks 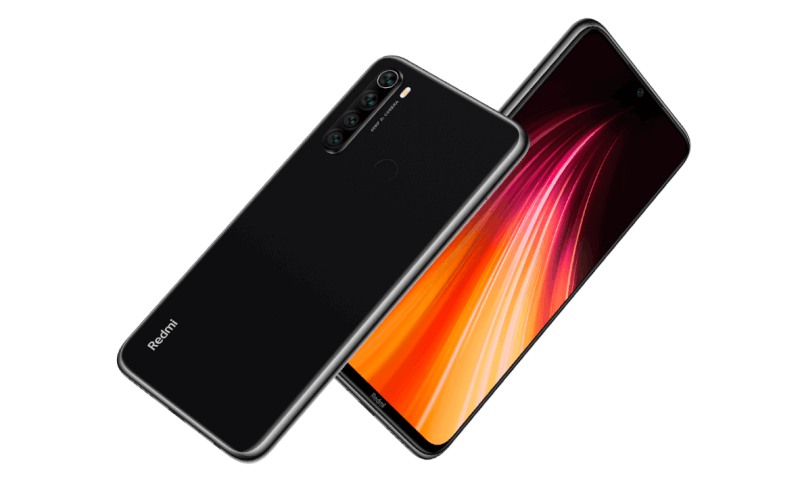 This year was great for the sub-10,000 segment where the users got to see many technologies under-10,000 rupees. Like the 48MP Camera, powerful processors and premium design. We have chosen Redmi Note 8 as the best budget smartphone which brought a 6.3-inch FHD+ display with water-drop notch covered with the Gorilla Glass 5, an capable quad camera setup of 48MP primary + a 8MP ultra-wide +a 2MP Depth Sensor + a 2MP Macro Lens, on the front it came with a 13MP selfie shooter as well. It is powered by the Qualcomm Snapdragon 665 Chipset and came with no compromises such as the Type-C Port,  a 3.5mm headphone jack, a 4,00mah Battery and 18W fast wired charging. Hence this is regarded as the Best Budget Smartphone of the Year 2019!

Our Honorable Mentions to the Realme 5s which also offered some decent specifications but failed to defeat the Redmi Note 8 with its HD+ Display, it was a bit of bulk in hand, cameras struggled in low light and didn’t come with support for fast wired charging. 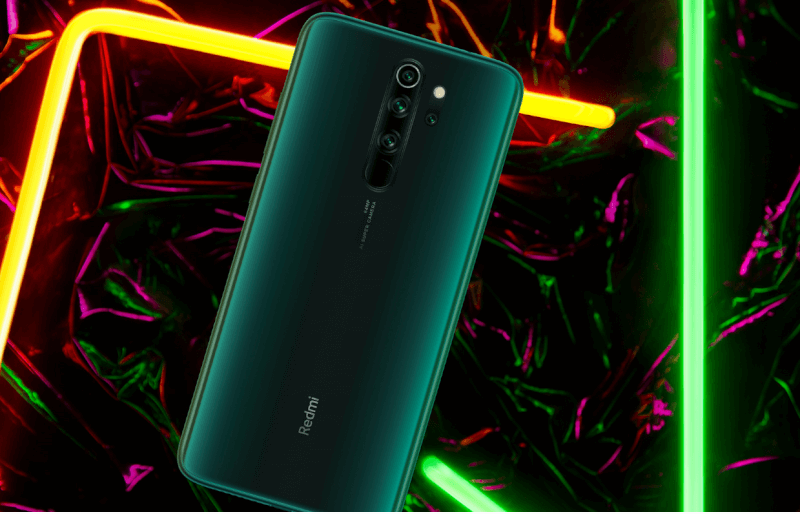 With Realme launching in a troop of smartphones Redmi couldn’t have set back in India, they brought in a completely new smartphone with a gaming chipset from MediaTek, yeah you guessed it right it’s the Redmi Note 8 Pro. It was launched in India with a 6.53-inch FHD+ IPS LCD Display with a waterdrop notch and covered with the corning’s gorilla glass 5 display protection. It shipped with the exact same camera setup from the Realme XT which includes a 64MP Primary + an 8MP Ultra -Wide +a 2MP Depth Sensor + a 2MP Macro Lens. On the front it comes with a 20MP front-facing shooter as well, Under the hood it is powered by the MediaTek’s Helio G90T Chipset and checks all the boxes of general features such as the USB-Type-C Port, 3.5mm headphone jack and more. It comes with a 4,500mAH battery and support for 18W  Fast Charger in the box. Hence we decided to mark the Best Mid-Ranger smartphone of 2019  to the Redmi Note 8 Pro. 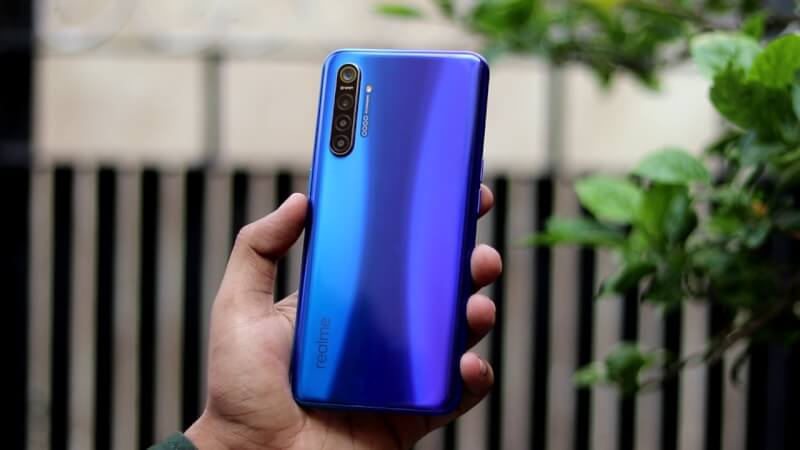 Our Honorable Mentions to the Realme XT, also offers a complete amazing smartphone experience but could not win it due to some key points. The Realme XT comes with an 6.4-inch FHD+ Super AMOLED Display, is powered by the Qualcomm Snapdragon 712 Chipset, offers the exact same camera setup from the Redmi Note 8 Pro which includes a 64MP Primary + a 8MP Ultra -Wide +a 2MP Depth Sensor + a 2MP Macro Lens, has a 16MP front camera, comes with a 4,000mAH battery and 20W VOOC charger in the box. This is a great alternative to the Redmi Note 8 Pro and you may consider it while buying.

The first flagship from Realme and it has proved the company’s development, the Realme X2 Pro which was launched recently has proved out to be a real value for money choice from the people. The Realme X2 Pro comes with a 6.5-inch FHD+ 90Hz Super AMOLED Display with a waterdrop notch and minimal bezels, it is covered by the corning gorilla glass 5 and comes with HDR10+ Display Certification, under the hood it is a complete beast with the Qualcomm Snapdragon 855+ Chipset which can handle any task or game with ease, it also comes with flagship-grade quad camera setup of 64MP Primary + 13MP 2x Telephoto + 8MP Ultra-Wide + a 2MP Depth Sensor. On the front it comes with a 16MP Sensor for shooting selfies. It comes with the other usual features as well including the USB-Type-C port, a 3.5m headphone jack, in-display fingerprint scanner and more, The battery capacity is 4,000mAH and its USP is its 50W Super VOOC Charger which can charge the device from 0 to 100% in just 30min, which is crazy fast and currently the highest rated power adapter in India.

The OnePlus 7T is an amazing offering from OnePlus, it also comes with an 90Hz 6.55-inch FHD+ Super AMOLED Display, it is also powered by the Qualcomm Snapdragon 855+ SoC, has an capable triple camera setup of 48MP Primary + 12MP 2x Telephoto +  a 16MP Ultra-Wide Angled Lens. Similar to the Realme X2 pro it also comes with the 16MP Selfie Camera but it has some points of difference as well, the OnePlus 7T comes with a 3,800mAH Battery, support for Warp Charge 30T 30W Fast Wired Charging and runs on OxygenOS instead of the ColorOS and is priced around 5,000 INR higher than the Realme X2 Pro. Overall the OnePlus 7T is an excellent value for money as well. 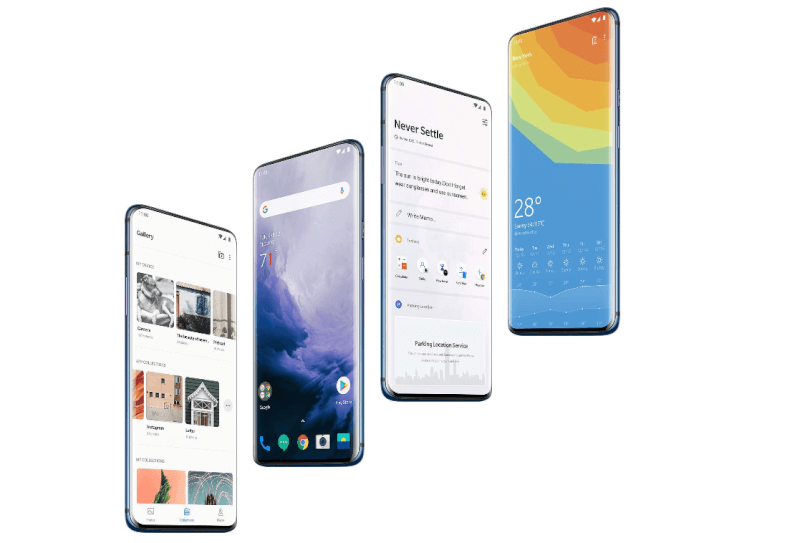 Here comes the main category for which the people have been waiting for, and the winner for the Best Flagship Smartphone of the year is the OnePlus 7 Pro. To be clear, the OnePlus 7 Pro comes with a 6.67-inch QHD+ AMOLED Display with a 90Hz Refresh Rate, comes with an triple camera setup of 48MP primary+ 8MP 3x Telephoto +16MP Ultra-Wide, 16MP pop-up camera on the front, it is powered by the Qualcomm Snapdragon 855 Chipset, comes with an in-display fingerprint scanner, 4,000mah battery, 30W Fast Charger in the box, runs on Android Q, OxygenOS 10. The downsides of the phone only is the removal of the headphone jack and else the smartphone is an absolute beast for the price.

Cameras are an important aspect of one’s smartphone usage, one likes to capture the nature, photos of his child, friends, and family, and that’s the main reason why we pulled up this category and made it to the list, undoubtedly the Pixel and the iPhones competed last year for the best camera phone but this year its an clear win for the iPhone 11 Pro and the iPhone 11 Pro Max. Google not including an ultra-wide angled lens and the crap video recording on the Pixel 4 made it lose the competition. On the other hand, the iPhone 11 Pro comes with a  triple camera setup of 12MP Primary + 12MP Ultra-Wide + a 12MP 2x Optical Zoom. The seamless transition between the cameras while recording the videos and the ability to shoot in 4K 60FPS from all the four cameras, the rear and the front has given it a clear lead over all the other smartphones. The Photos from the iPhone 11 Pro/Pro Max come out to be natural and has great colors, sharpness, and dynamic range. Thus the best camera smartphone of the year 2019 goes to the iPhone 11 Pro.

Best Gaming Phone of the Year 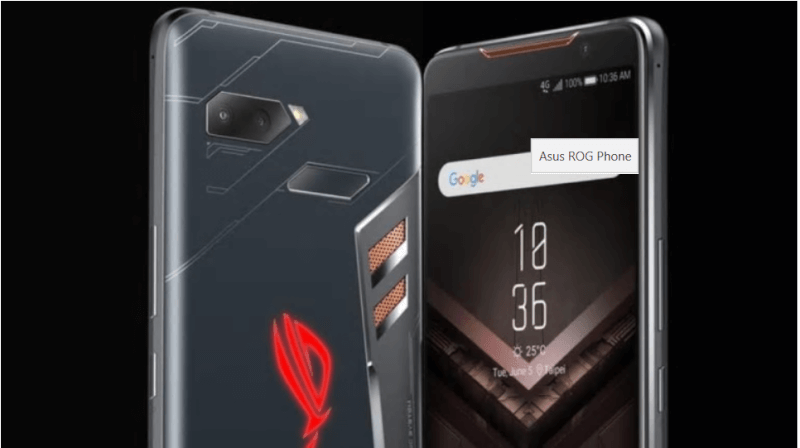 This year we saw the introduction of multiple gaming phones from different brands like the Red Magic 3 from Nubia, the Black Shark 2 from Xiaomi, the ROG Phone 2 from ASUS and more, but the phone which had taken the industry by it was the all-favorite ASUS ROG Phone 2. The ROG Phone 2 shipped with a 6.59-inch AMOLED Display with a resolution of FHD+ and a 120Hz Refresh Rate, it packed in an absolute beast and flagship chipset of 2019, the Qualcomm Snapdragon 855+ SoC, had dual camera setup of a 48MP + 13MP Ultra Wide, a 24MP Selfie Camera, Came with Air Triggers, a hell a lot of accessories, a massive 6,000maH battery and more at a price tag that no one could believe. Thus making its way to the winner of the Best Gaming Phone of the Year 2019.

As one’s smartphone addiction has been increasing he has demanded for more power and thus the battery capacity matters a lot, hence this category we will be awarding the smartphone with the best battery capacity, battery life and charging speeds this award. One can undoubtedly predict the winner of this category, yeah the ROG Phone 2 with its huge 6,000mah battery kills the competition. The ASUS ROG Phone 2 is a big surprise this year, it came with an surprisingly cheap price, a 120Hz Refresh Rate panel, top of the line Qualcomm Snapdragon 855+ Chipset and more. There isn’t much to talk about this category and we shall move to the next.

Best Innovative Phone of the Year 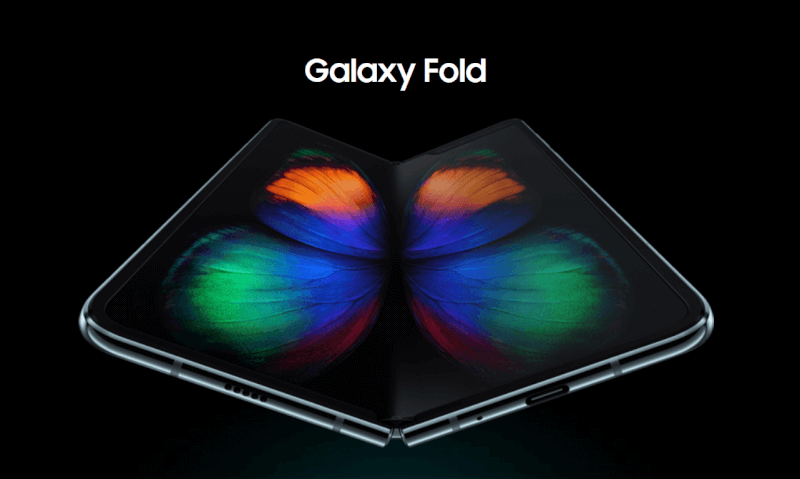 Innovations are a step to progress, With the introduction of pop-up cameras in 2018 the smartphone market just changed, phones under 20k started to come up with the pop-up cameras and more, but the most innovative smartphone of the year 2019 is the Samsung Galaxy Fold. The Galaxy Fold came out with an foldable phone design and proved that this is the future, it shipped with an huge 7.3-inch FHD+ AMOLED Display when unfolded and a 4.6-inch Display when folded, powered by the Snapdragon 855 Chipset and came with a triple camera setup of 12MP Primary + 12MP 2x telephoto lens + a 16MP Ultra-Wide lens. On the front, it came with a 10MP primary +8MP Depth sensor acting as a dual selfie camera. It had all the usual features and was a great package but at a very high price that a general consumer couldn’t afford.

Best Smartphone of the Year:

There can only be one winner, and it competes with all the smartphones and in all the categories and comes out to be the Winner in all, and the best Smartphone of the Year is the iPhone 11 Pro Max. Yeah, the iPhone 11 Pro max excels in almost all the categories and is the worthy winner for the Best Smartphone of the Year 2019. To start off the iPhone 11 Pro Max comes with a 6.59-inch FHD+ Super RETINA XDR OLED Display with support for HDR10 and more, it is powered by the 2019’s best flagship chipset, the Apple A13 Bionic and can handle all the tasks you throw at it with ease. It comes with the best camera setup of the year including a 12MP Primary + 12MP Ultra-Wide + a 12MP 2x Optical Zoom, and a 12MP selfie camera, Face-ID and more. It comes with a 3969mAH battery which lasts amazingly well, support for wireless charging, IP Rating and more. There isn’t even a single reason why this smartphone could be left out from being the best smartphone of the year.

This was our list of the best smartphones launched in 2019 if you feel we missed out on any other smartphone that should have been on this list please comment down below. If you liked this post please share it with your friends and family, stay tuned to TechBurner for more such awesome content.

Join our Telegram Channel for more updates!
Related Topics:iphoneoneplusrealmeredmisamsung
Up Next

Realme Band To Launch In India on 5th March