Realme 2 Detailed Specification: Can it be the Budget Beast ? Realme has launched its first smartphone in India 3 Months back, which was Realme 1. This phone emerges as a budget king, because of its powerful specs and combative pricing. Now with the launch of Realme 2, we are expecting the same. So, let’s see can the Realme 2 maintain the stardom that they gain through its successful predecessor Realme 1. Realme 2 has 6.2 inches Full HD+ display. The display maintains the choice of Indian audience on design preference and has a notch screen on the front. The screen to body ratio becomes 88.9% and the diamond cut edge back makes the smartphone look premium. In terms of design, no one can beat Realme 2 in the budget section. Realme 2 is powered by a Qualcomm Snapdragon 450 chipset which is an octa-core chipset, clocked on 1.8 GHz processor. It is a 14 nm chipset, so you can expect a less heating issue. It has Adreno 506 GPU. In terms of gaming, we believe it won’t disappoint you if you are not a heavy gamer, it can run some of the high-end games, on a very basic graphics setting. Snapdragon 450 can run high graphics games like PUBG and Asphalt 9 in low settings with some sort of you lags, and frames drop. Realme 2 is coming with two different variants of  3GB+32GB, and 4GB + 64GB. The lower variant, which will cost you INR 8,990 seems more worth to the price.

Realme 2 has dual camera setup at its back. It has 13 Megapixels primary rear camera and 2 Megapixels secondary rear camera for depth sensing. For capturing some good quality selfie, it has 8 MP sensors, AI Shot technology. Camera samples look decent at the first impression. As of now, we think Realme need to improve its camera through some OTA updates. It might have a good sensor in it, but the camera is not as optimized as it should be. 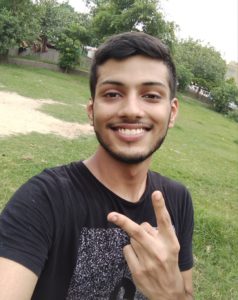 Realme 2 has 4230 mAh of a battery which is enhanced by AI that helps to suspend inactive apps. Basically, it monitors your usage and observes that helps to improve the battery life of your smartphone. Battery seems to be the best part of this device, it has a massive battery, with HD+ display. So you can expect a great battery life of at least 2days. Realme 2 has both the face unlock and fingerprint scanner. It has Color OS 5.1 based on Android Oreo 8.1. Also, it packs with many AI features like Gaming Acceleration, AI Driving Mode and many more.

Please let us know in the comment section that what do you think about the latest smartphone Realme 2.

Realme 1 vs Realme 2 : Who is the real winner

Can Realme 2 become the Real Voice of India?