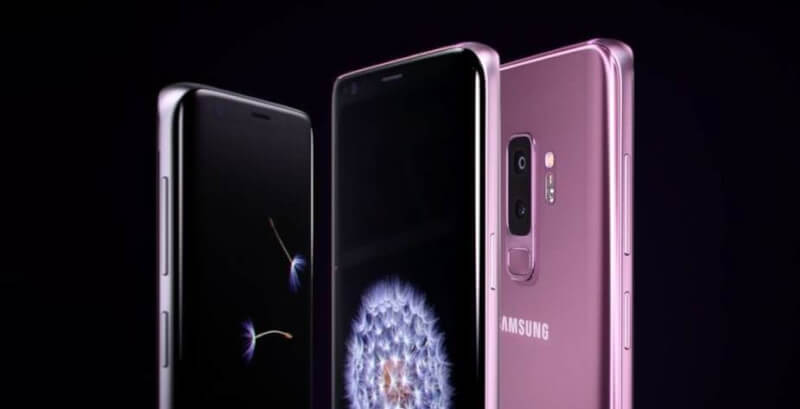 Today in this article, we will be talking about the Samsung Galaxy S10, which is the upcoming flagship from the home of Samsung Mobile. It’s almost 2 months since Samsung Galaxy Note 9 step into the Smartphone world, and Samsung started working for the next flagship Samsung Galaxy S10. The very first leak of S10 is suggesting that it will have a triple camera alignment at the rear side.

Initial leaks are suggesting that Samsung will launch three different variants of Samsung Galaxy S10. It will have a Plus/Pro variant with five cameras set up, triple rear camera and dual selfie camera. Camera specifications are mentioned below- 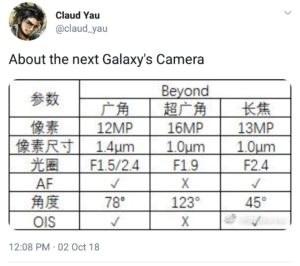 According to the table above, the Samsung Galaxy S10 will have the same primary sensor as the Galaxy S9. That’s a 12-megapixel lens with f1.5 & f2.4 variable aperture and optical image stabilization (OIS). Two additional cameras will flank the main sensor, including a 16-megapixel with f1.9 aperture and a 123-degree field of view and a 13-megapixel with f2.4 aperture, OIS, and a 45-degree field of view. The wide-angle lens will lack OIS and autofocus support.

In addition to the Galaxy S10+ that will rock this triple-lens camera setup, Samsung is expected to drop two other Galaxy S10 versions, that will feature dual rear cameras setup.

The Galaxy S10 series should be unveiled either at CES 2019 in January, or at MWC a month later, so there’s plenty of time for Samsung to alter the camera specs mentioned above. While Samsung won’t confirm such leaks before the Galaxy S10 arrives, it’s likely that the Galaxy S10+ model will indeed have a triple camera on the back. After all, Samsung just unveiled a mid-range phone that packs a triple-lens camera.

Stay Tuned to TechBurner for more such articles.