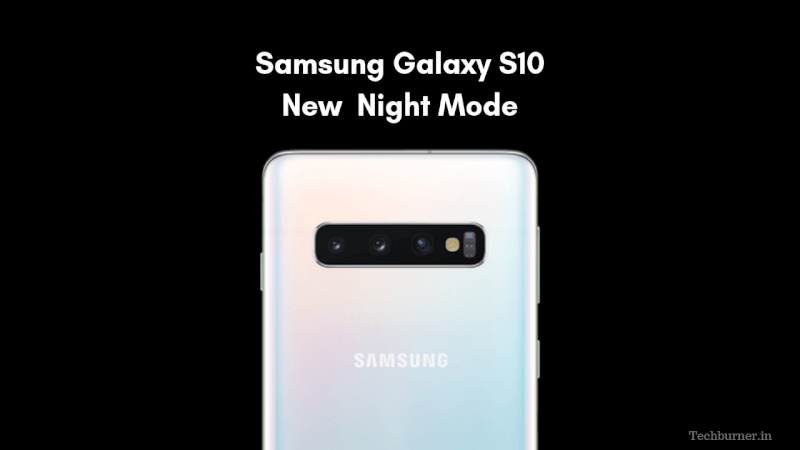 Samsung will push a major software update at the end of this April month which will make the device more user-friendly. According to a Chinese tipster Ice Universe’ tweet, the major update is coming soon. The update is already rolling out in Switzerland. Other countries of Europe will get the latest update soon while the rest of the countries including India will probably get April Security Patch and the new update at the end of April.

It is worth noting that the Galaxy Trio includes Samsung Galaxy S10, S10+ and S10E will get the latest update. Ice Universe has shared the changelog of the update, which is as below.

The biggest change in the latest update is definitely the new night mode feature in the camera. Samsung Galaxy S10 was launched with a night mode feature called Bright Night. Basically, this feature improves the low light photographs or any photo captured in Dark scenario. Bright Night is not a dedicated mode but instead, whenever you try to capture a photo in the low light condition the AI of camera app automatically turns on the Bright Night mode and improved the image quality. Sometimes this feature is terrible, especially if you don’t want to capture the bright shot. Another problem with this feature is as we mentioned it is not a dedicated mode hence you can not enable it manually. It can only enable automatically.

The update is probably going to roll out at the end of April month in India. If you want to check the latest update, go to Settings>Software Update. We will notify you whenever the Samsung Galaxy S10 New Update arrives in India, so stay tuned with us.