Previously year was a great hit for Vivo mobile, they have launched a very futuristic smartphone, the Vivo Nex. It was a phone with great specs and the main highlight was the popup front-facing camera which appeared out of nowhere. This year Vivo took it a bit further by launching the second smartphone in the Nex series, the Vivo Nex 2. This smartphone is weird and amazing in itself as it has a dual screen configuration. In this article, we would tell you all about this amazing phone’s specs, camera, etc. We would also like to inform that phones with dual screen have also been launched before Nex 2 like the Nubia X.

The Triple Camera Setup is Lit!!!

The phone comes with a 12 MP + 2MP + TOF triple camera setup with an aperture of f/1.8, 1/2.55 and Time-Of-Flight camera to capture 3D images. There is no selfie camera as it uses the primary camera as the selfie camera on the secondary display. You would surely take high-quality images and videos and the camera can take videos with a resolution of 2160p or 1080p @30fps. 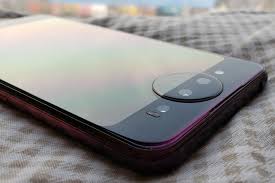 Talking about performance, the phone comes with 10GB of RAM and Snapdragon 845 processor and Adreno 630 GPU to give you a smooth experience while playing games and performing day-to-day tasks. The device runs on the Funtouch 4.5 OS based on Android 9 Pie. The phone lags in terms of the battery as it comes with a 3500 mAh battery which would drain soon but with the quick charge, it could be compensated.

The launch of the phone in India has not been specified yet but it could launch around February. The price for the base variant could be around Rs. 49,999/-. Tell us your opinions about the phone in the comments section.