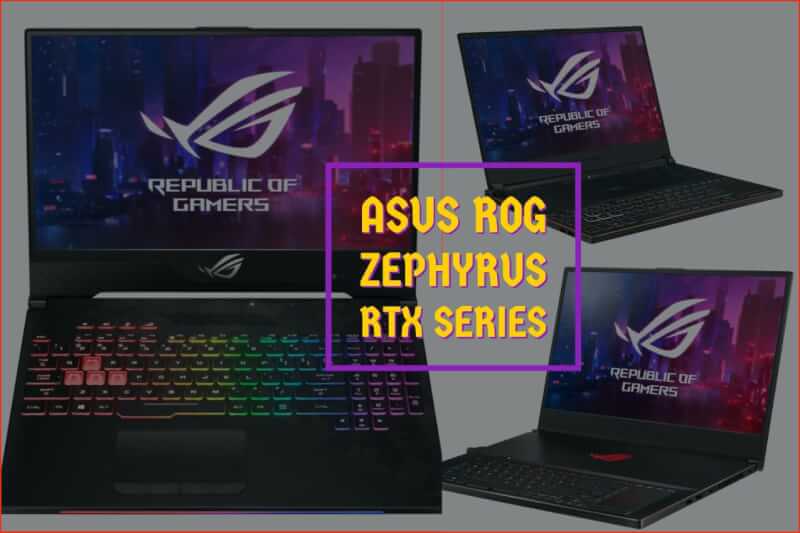 Yet another year with great tech to discover, a few months back Nvidia announced their new Graphics Processor Series, RTX The successor of GTX Series and the manufacturers are already ready to showcase the best they can deliver with Nvidia’s latest RTX Graphics.

Asus is all set with an upgraded line up of their ROG Series the company has unveiled four new products powered with RTX graphics. RTX graphics or the Ray Tracing platform RTX is a brand new interface for real-time ray tracing for rendering graphics more effectively and efficiently. Ray-tracing rendering technology intensively calculates and simulates the lighting of a scene and the object in it. This gives you more realistic explosions and muzzle flashes that light up the environment in a natural manner. It is created by NVIDIA and is a big leap in making games more lifelike. The game launch time will be faster and games will look more stunning with great shadows, reflection, colors and more detailed textures. It is great for game streaming with up to 25% streaming efficiency over H.265 with the help of NVENC encoder. RTX graphics can be more portable, gaming laptops can be thinner and can deliver even better performance and since the requirement of a content creator and designer is quite similar to gamers, these new machines are even great for them too. The point which requires attention is that the RTX platform is not a common platform right now for developers and hence it does not support all games and software but it can run them better and is future ready. RTX works even better with DLSS. Deep Learning Super Sampling (DLSS) is a rendering technique that extracts multidimensional features within a rendered scene and combines the details from multiple frames to create exceptional visuals.

Asus is launching three new ROG Gaming laptops and one Gaming PC The first machine is ROG GL504 it is company’s latest STRIX SCAR II. The laptop is powered by the latest 8th Generation Intel Core i7-8750H six-core CPU, providing you 23% more performance over the previous generation coupled with up to NVIDIA GeForce RTX 2070 with 8GB of VRAM for extreme performance whenever required. Asus has powered all their new laptops with the same processor and it’s not only the processor which is common, but all laptops also feature a 144Hz display with ultra narrow bezel having only 3ms response time with 100% sRGB colors. ROG STRIX SCAR II has upgraded dual 12V fans for better cooling with anti-dust tunnels. Strix SCAR II is fitted with an ultra-responsive M.2 NVMe PCIe® 3.0 SSD and an Ultra Efficient SSHD for secondary storage to store all your games and media files for faster performance and like always all these machines have AURA RGB individual key lighting.

The second laptop is ROG (GX531) 15 inch Zephyrus S. It is the world’s slimmest gaming laptop as it is 15.35~16.15mm thin and featuring NVIDIA GeForce RTX 2070 Max-Q graphics. The laptop shares the same display and processor as ROG STRIX SCAR II but unlike GL504 Zephyrus S carries a HyperDrive high-speed SSD which gives players 1235 MB/s write speeds and 3190 MB/s read speeds to load games, applications and large files and don’t have any SSHD. And when we are talking about Zephyrus we can’t overlook the design for improved cooling, this machine has the patented AAS cooling system with its dual high-performance 12V anti-dust cooling fans drive more airflow to cool down the laptop. Furthermore, there are also 5 heat pipes and 4 heat sinks with vents and airflow base above the keyboard for an increased heat dissipating performance.

The next laptop is ROG GX701GX 17 inch Zephyrus S. The Zephyrus S GX701GX is the most powerful laptop among these with Up to 8th Gen Intel Core i7 processors and Up to NVIDIA GeForce RTX 2080 Max-Q GPU in a form factor that is similar in footprint to the 15” Zephyrus GX501. That is a 17” gaming laptop rivaling most standard desktops in performance in a very slim chassis. The new 17” panel is not only great for gaming with a 144Hz 3ms response time display, but it is also giving content creators accurate, Pantone Validated colors with factory calibration and ProArt TrueColor Technology. All this is packed in thin bezel design offering an 81% screen to body ratio but for this impressive ratio, the webcam is what compromised here. The machine has different power modes for longer battery life and supports G Sync. The ROG Active Aerodynamic System (AAS) design language expands to help Zephyrus S sustain top performance for gaming and other heavy loads. Lifting the lid opens a large intake that increases airflow by up to 32% compared to typical designs. Anti-dust tunnels keep the heatsinks clean to preserve cooling efficiency and system stability over time. An external webcam is bundled with the laptop and it has some decent touches like the volume controlling roller on the keyboard. 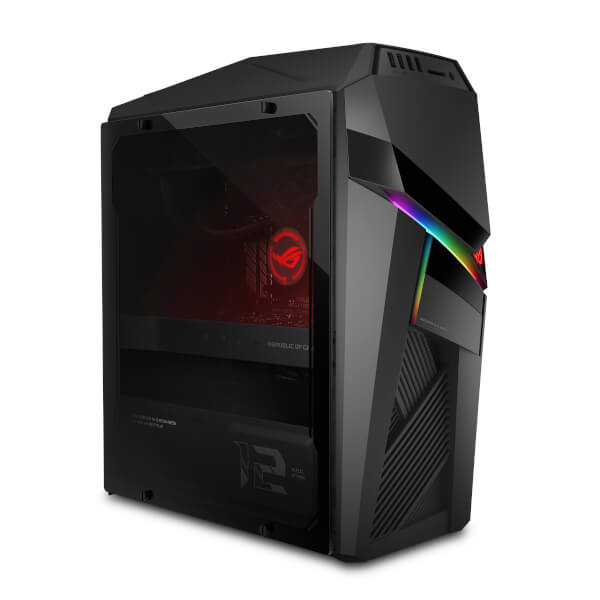 The fourth product is the ROG GL12CX Gaming PC. GL12CX offers the latest Intel Coffee Lake processors up to i9-9900K which are overclocked up to 5GHz to provide the best gaming performance. Each CPU is specifically tested with stress testing to provide you the best stability with high overclocked speeds. The GL12CX comes with up to RTX 2080 which is capable of not only pumping out the ultra-high-refresh rates that eSports demand but also delivering smooth performance for immersive 4K HDR gaming. It is indeed one of the most powerful gaming machines. The innovative DIMM.2 module in GL12GX intelligently positions the M.2 SSDs vertically next to the DIMMs which keeps them cooler and also easily accessible. The cabinet carries liquid cooling for uncompromised performance and the distinctive design with ROG DNA makes this PC looks amazing. The GL12CX has a mechanical RGB AURA keyboard and mouse bundled with it too.