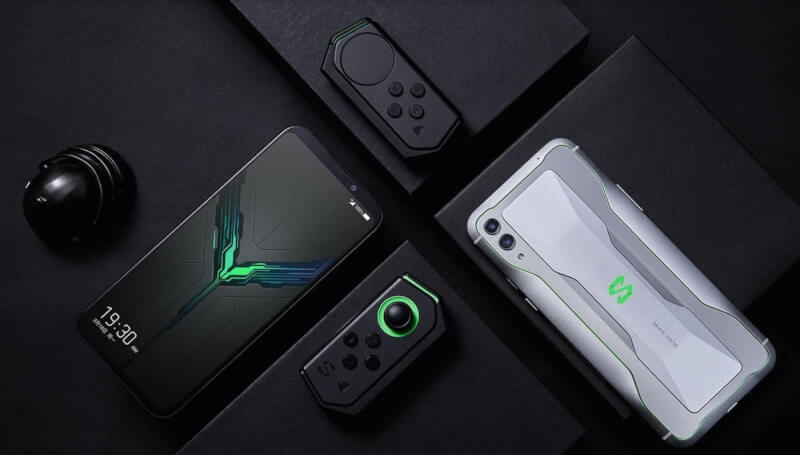 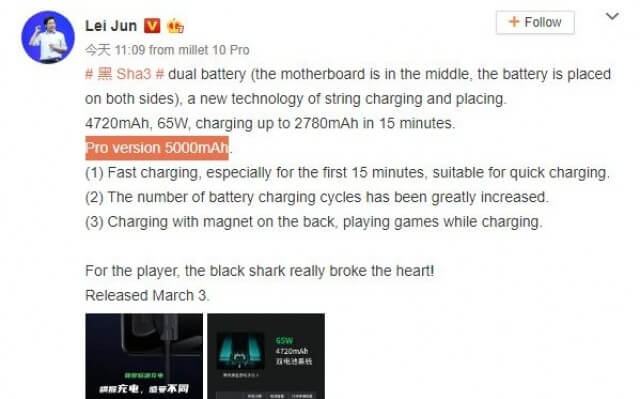 The leaks have been shared by the Lei Jun confirming that the device will be powered by the Snapdragon 865. Also, the Black Shark 3 will be coming with the 4720mAh of Battery, but the Shark 3 Pro will be coming with the 5000mAh of Battery. They have used the dual Battery charging technology by which the first 2780mAh of the Battery will be charged in 15 minutes which will give you a much better fast charging experience. It will have 65W Fast Charging support by which the gaming users will have an advantage. You can also charge it by the magnets which will be available along with the device by which you will play your game simultaneously. The device is power by the Snapdragon 865 and supports 5G. So, check the AnTuTu Benchmarks score below:

The device has scored 6,20,952 points on AnTuTu testing. It is the highest point that has scored in the AnTuTu. So, we can conclude that we are going to see an excellent gaming phone in the upcoming days. Check the features below:

There is no official confirmation for the camera setup. But, we are expecting that it will likely to come with the triple camera setup and will sport 48/64MP as the primary sensor. The other will be the 13MP ultra-wide sensor and 8MP telephoto sensor. Both the devices are expected to come with 32MP selfie camera.

The device is confirmed to be powered by the Snapdragon 865. It will come with 16GB of LPDDR5 RAM and UFS 3.0 256/512GB of internal storage. Also, it will run on Android 10 out-of-the-box. The device is likely to have an in-display fingerprint sensor.

Here are the quick specs for the Black Shark 3 and 3 Pro: 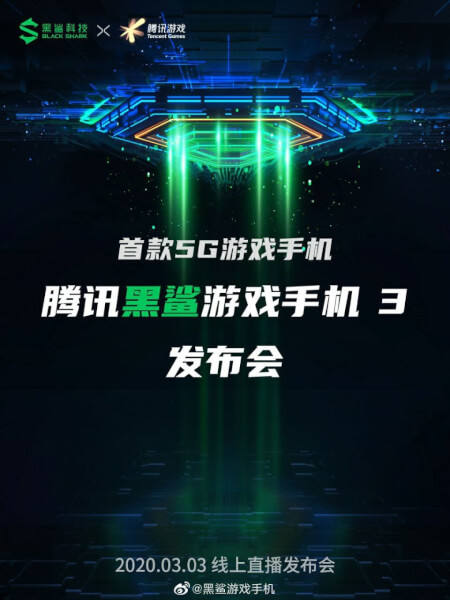