Realme 5i Renders and Specifications:

Looking at these renders give us a clear idea on how the smartphone will look after its launch, the Realme 5i will have a quad-camera setup on its rear housed in a vertical camera bump similar to the recently launched Realme X2, it will also feature the LED Flash Light located next to the camera bump. The Realme 5i will have a rear-mounted fingerprint scanner, the power button on the right while the volume rockers will be situated on the left, there is a Realme branding as usual on the bottom left corner of the smartphone. 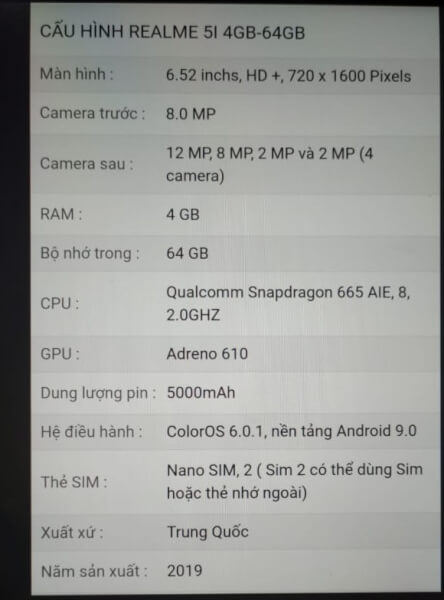 According to the leaks and reports, the Realme 5i will sport a 6.52-inch HD+ display with a screen resolution of 720 x 1600 px, this, is a major factor convincing people to buy the Redmi Note 8 as it features an FHD+ Display instead of the lower resolution HD+ panel, On the Camera department, the Realme 5i will sport a quad-camera setup featuring a 12MP primary + an 8MP ultra-wide angled lens + a 2MP depth sensor along with a 2MP macro lens to provide a newer perspective to the shots. On the front, it will be featuring an 8MP Selfie shooter in the water-drop notch.

As far as the performance is concerned, the Realme 5i will be featuring an Octa-Core Qualcomm Snapdragon 665 AIE Chipset clocked at 2.0Ghz which will be coupled with the Adreno 610 GPU and up to 4GB of RAM and 64GB of internal storage variants. Similar to all budget realme devices, the Realme 5i will be featuring a 5,000mah battery and will run on ColorOS 6.0.1 based on Android 9.0 Pie. Overall, this seems like an unnecessary device from Realme’s end as there are already multiple good smartphones from multiple brands including Realme itself in the corresponding price bracket.

Realme 5i Pricing and Launch Date: 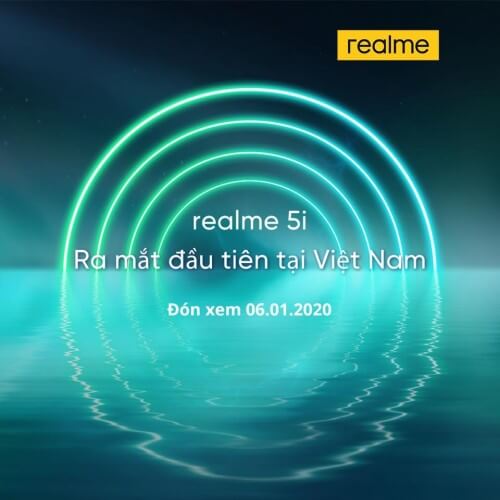 However, We were assuming the Realme 5i will launch in the month of February, but team realme is nowhere late to deliver smartphones. This time realme Vietnam is taking the leap to launch the realme 5i. Realme 5i India launch will be revealed soon.

Realme has been quite aggressive with the pricing of its budget phones and the Realme 5i will not be an exception, the Realme 5i will be launched in two color variants, Blue and Green and will come with either 3GB RAM +32GB internal storage which will be priced at Rs.7,999 whereas the 4GB RAM + 64GB internal storage will be priced at Rs 8,999. The Realme 5i will reportedly get launched in the first week of February 2020 in India, and we will be one of the first media teams to cover them, so stay tuned to Techburner for more information