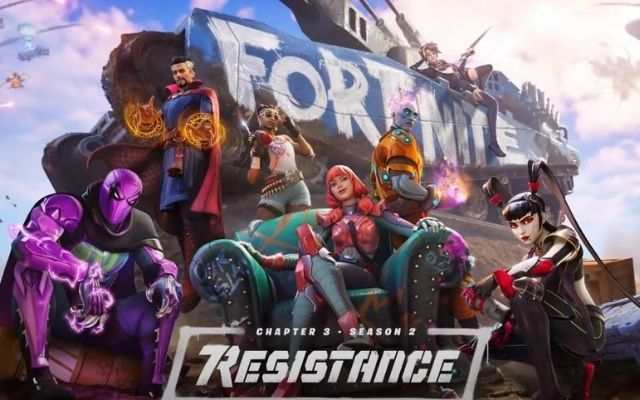 https://www.ispeech.org/text.to.speech
Good news for the Fortnite lovers! Finally Fortnite Chapter 3 Season 2 called Resistance has launched with a lot of new stuff for gamers. Mantling, faster running speed, and other additional elements are added to the game. Players will also get access to a variety of new weaponry, including a combat SMG, a Striker burst rifle, and more. A Fortnite chapter 3 season 2 trailer shows a variety of opposing forces fighting on Fortnite island. The most interesting part is it has featured a certain Marvel sorcerer. Epic Games said ahead of the season's official launch it will give two weeks' worth of Fortnite profits to help Ukraine-related humanitarian initiatives. The event will take place from March 20th and the Fortnite chapter 3 season 2 end date is April 3rd. Keep reading to know everything about Fortnite season 2 chapter 3 battle pass, maps, skins and all!

The game undergoes a few significant adjustments this season. The most noticeable is the developers have removed the buildings and constructions. It was among Fortnite's most distinguishing features. To compensate, players now receive an extra shield for defence termed an "overshield." Other modifications include a mobility system that combines quicker running and climbing. Also, you will see airships to explore and tankers to drive, as well as a few new firearms. Players may also get a drivable replica of the classic war bus, which seems like it came out of Mad Max. For that, you have to give enough gold in the entire season.

The new Fortnite season 2 chapter 3 battle pass also offers several unlocked characters for those who buy it. Doctor Strange, who will be back in cinemas in May, is the most well-known. He'll join with the newcomers like The Imagined and The Origin. This season seems to be filled with marvellous adventure for those who follow Fortnite's ever-expanding mythology.

The previous season featured hazardous weathers, quicker movement, and gigantic creatures, along with the partnerships with Bruno Mars, Anderson, Naomi Osaka, Paak and all others. Players can also even browse a virtual art gallery. 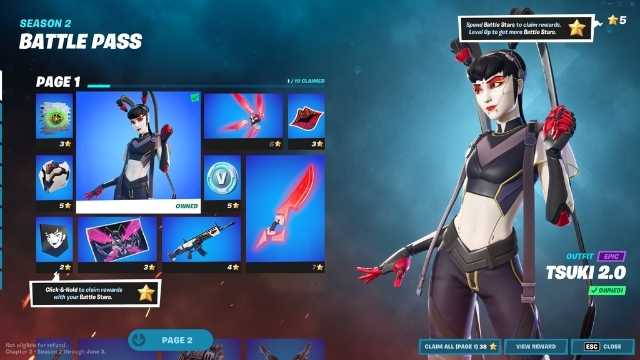 Enjoy The Marvel Madness in Fortnite!

Fortnite chapter 3 season 2 trailer shows the ability to construct defensive buildings is disabled. Also, there will be a slew of new skins, including Doctor Strange from the Marvel Cinematic Universe.

You will see a mystery lady enter the trailer, take out a strange-looking device, and destroy any evidence of player-built constructions. One of the most important aspects of Fortnite is the constructing element, which serves as a defence strategy during critical periods. It's unclear if the constructing component will be blocked from the start of a match or whether it'll happen after a set amount of time has passed.

This time, Fortnite also has a unique voting mechanism, in which players may donate to the Resistance in return for in-game items. Players may choose between a light and a heavy turret. You can set the lighter one atop a vehicle and the heavy one to provide sluggish but significant damage.

Players may also donate their earned gold bars to get the classic Battle Bus. It is reimagined as a Mad Max vehicle with improved ramming strength. Once fully financed, the bus will appear on the map in Resistance-controlled territories and you can drive it.