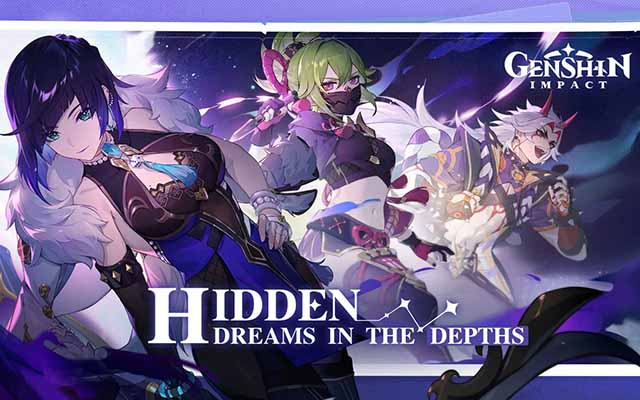 iSpeech
Genshin Impact is one of the most played high-end games when it comes to checking the smartphone's capability. However, there are many people who love the game and play it for fun. The game keeps updating to bring some new storylines and improvements. As per recent reports, people liked the recent update of Genshin Impact. Also, we have got our hands on cut scenes leaked from the teaser. In this article, we will discuss the Genshin Impact update 2.7 leaked cut scenes and a storyline that we are going to see in this update. So, without any further delay, let's head into the story.

There are 4 cut scenes that are leaked, and we managed to bring in up. We will go through the image and try to collect as much information as possible. Also, we will mention the new storyline in Genshin Impact from update 2.7. In the above image, we can see that Xiao is reaching out to something. It seems to be a flashback and could very well be one of his Yaksha buddies. It can be set very well in the current storyline, with Xiao quite possibly reviving, saving, or waking up another Yaksha. The enigmatic Hydra Yaksha appears. Genshin has a history of killing off characters without prejudice, but it appears that this time they did something different. One theory holds that the Hydro Yaksha has risen from the dead, or, more accurately, that she has emerged from her lengthy hiding place.

There is no clear picture of what is going on, and speculation can only get us so far. We can be certain, however, that the plot revolves around at least one of the Yakshas other than Xiao. The lunacy was resisted by Bosacious, one of the most powerful Yakshas on the planet. They could be hiding in the shadows.

The question is whether they will associate with the traveller. The way events are unfolding and the significant investment HoYoverse has made in developing future stories indicate that Genshin is only going to rise from here.

That was it guys for this post, keep an eye out on TechBurner for more such updates!!