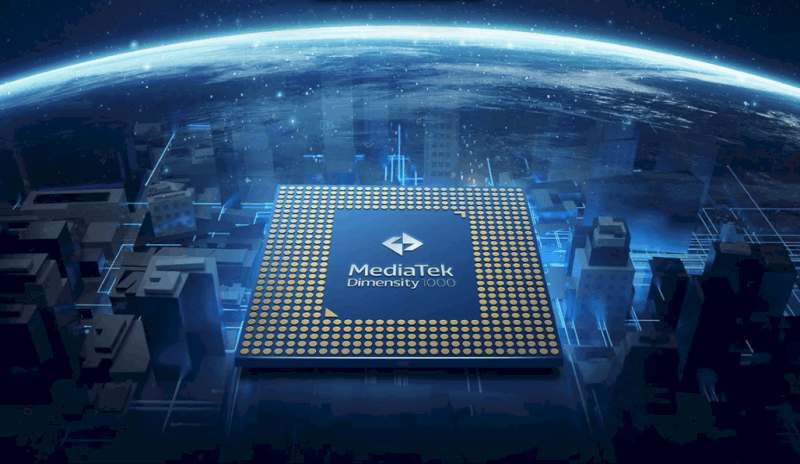 Dimensity 1000 incorporates a world’s’s first 5-core ISP (Image Signal Processing). Therefore, It supports up to 80MP of latest sensors and a range of multi-camera options up to 32+16MP dual cameras. Here we mentioned it as AI Camera because Mediatek has been mostly focusing on their AI engine to bring out the best. Therefore, The new AI processing unit APU 3.0 packs with 6 AI processors ((two big cores, three small cores and a single tiny core). Mediatek stated that this Hexa-core AI engine helps in better noise reduction, enhancement in HDR mode and offer a high dynamic range of the picture. The main problem in today’s cameras is the lack of exposure control, therefore, resulting in a lack of picture quality. With the Dimensity, 1000, one can shoot at high light conditions and get more clear images with multi-frame composition and HDR.

Coming to the video department, it uses the same multi-frame composition 4K HDR video method. It captures every three frames at different exposures and combines them to get a single 4K 60fps video. So it promises to take the best video experience by these features.

OnePlus is going to launch its eight series in mid-April 2020. 8 Lite is going to be the cheapest of 8 series. So, rumours suggest that it is expected to be a premium mid-range device with Dimensity 1000 SoC.

Therefore, In this year, redmi may launch two 5G smartphones other than the redmi k30 pro in different price segments. So, It is apparent in the above post that redmi phones are going to be packed Mediatek Dimensity 1000 this year.

So, Realme’s country manager has announced that “we will be bringing more 5G smartphones to markets in 2020″. Therefore, some of the rumours suggest that these 5G mobiles are equipped with Mediatek dimensity 1000.