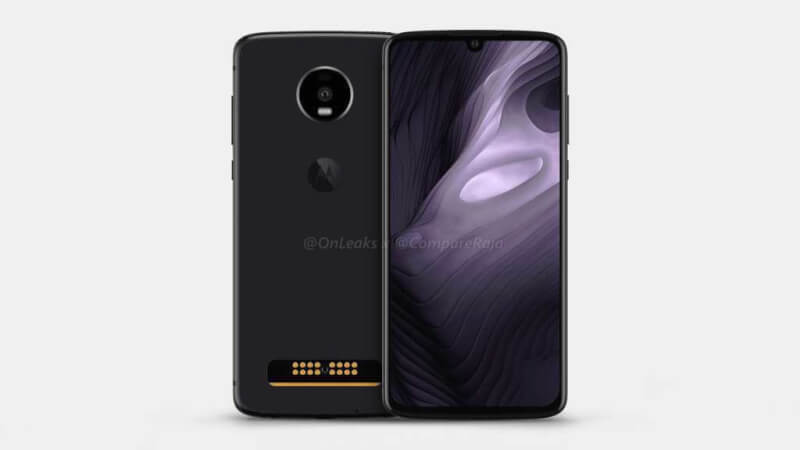 Recently, Motorola launched new mobiles in the very popular Moto G Series. The all new Moto G7 Plus and Moto G7 Power. Both phones were good but doesn’t able to maintain the market position of Motorola, because of bad pricing. Now, Moto is working on their other phone which is Motorola Z4. Also, there are some Moto Z4 leaks that it will feature In-display fingerprint, 48MP Camera, Snapdragon 675 and much more. So, read the full article to know Moto Z4 Specification, Moto Z4 launch date in India and Moto Z4 price in India:

As you can see in the above images, It will feature water dewdrop notch similar as Moto G7 Series and its screen size will be 6.4-inch. As per the leaks, it will run on midrange chipset which is Qualcomm Snapdragon 675. It will have 3.5mm Headphone Jack and a Micro-USB charging port. It will come with 3600maH of battery with 18W TurboPower Charging Support. There will be In-display Fingerprint sensor available in the Moto Z4.

Moving to its camera, it will have 48MP of rear camera that is recently launched by Xiaomi, and other companies are also going to launch it. Also, there will be a camera bump as similar to other Motorola devices. In the circular bump, there will be two led flash. Its selfie camera will be 25MP without flash. Also, Rear camera will come with Night Vision Mode as similar to Google Night Sight to make pictures better. The device will come with a choice of 4GB and 64GB variant or 6GB and 128GB variant.

Moto Z4 will be a 4G phone but it will be able to support 5G through 5G Moto Mods. 5G Moto Mods are also going to launch this year.

It is expected that it will be launched on May 22, 2019. As there is no official confirmation from the company.

It is expected that it will come around Rs. 40,000. There is no official confirmation of the pricing.