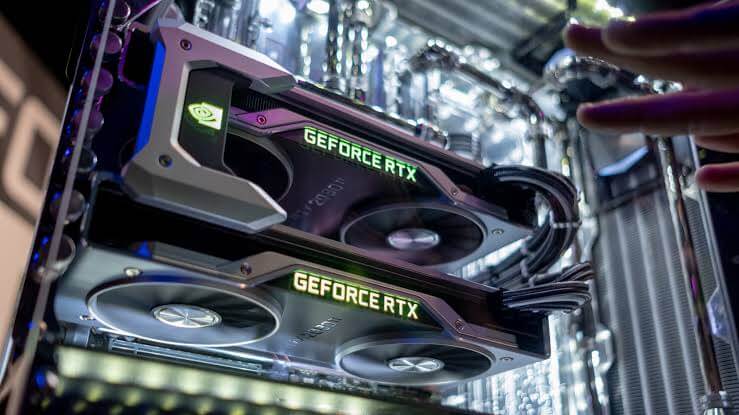 NVIDIA is one of the popular Graphics card chip makers and providers. Now, the company is planning to launch its GPU named Ampere at the GTC 2020.  The NVIDIA Ampere leaks surfaced online a few months ago and finally, the NVIDIA Ampere release date is official. NVIDIA has claimed that the NVIDIA Ampere specs will be much improved and will be competitive for other GPU makers like AMD and more. Therefore, today we are providing you with all the details for the NVIDIA Ampere Graphics Card and NVIDIA Ampere Price in India: Some leaks are coming that NVIDIA is going to make an announcement in GTC 2020 which is going to be held in Silicon Valley. The GPU will be the new Ampere. NVIDIA has claimed that there will be a 50% increase in the performance of GPU Cards. We know that the previous Turing GPU is good but don’t come with the best performance of EUV by which the circuit patterns do not gives its best performance. Also, there is much news that NVIDIA has partnered with Samsung for their 7nm processor which works best with the EUV. The Ampere Cards will also offer best ray tracing and other features.

NVIDIA is launching the Ampere for better improvements in their Graphics card and as well as to compete with the AMD. As we all know that the AMD is also going to launch their High Navi GPU which will also increase the performance of the GPU Cards. After the commencement of both the cards, the price of previous cards will decrease.

AMD has also improved its GPU Cards by upgrading Navi. The Navi will come with 3584 GPU Cores and will built-in two different GPU with different cores count. It will help in increasing the performance of the Graphics Card. But, NVIDIA will also use highest no. of cores when compare to AMD. Also, the previous Turing card is better than the AMD GPU card. But, this time AMD is going to increase the TDP Card. The Navi 20 will also come with EUV chip which will be provided by the TSMC. But, Samsung 7nm EUV process is much better than the TSMC 7nm EUV Process. So, it will be an advantage for the NVIDIA.

Both the GPU Cards will be competing with each other and will likely to see which one is going to be the best. As we all know that both companies provide Graphics cards to many companies. Much of the companies take Graphics card from both NVIDIA and AMD. So, it will be interesting for the users to know which one is the best. So, we are expecting that the NVIDIA will launch its GPU at the GTC 2020 on 23rd March 2020. You can also register for the event by going to the official site of NVIDIA. The AMD Navi 20 is also going to launch in the upcoming months and will go on sale before June 2020. Let’s see which one will win the competition. Also, the upcoming NVIDIA graphics card will be powered with Ampere and will launch in June 2020.