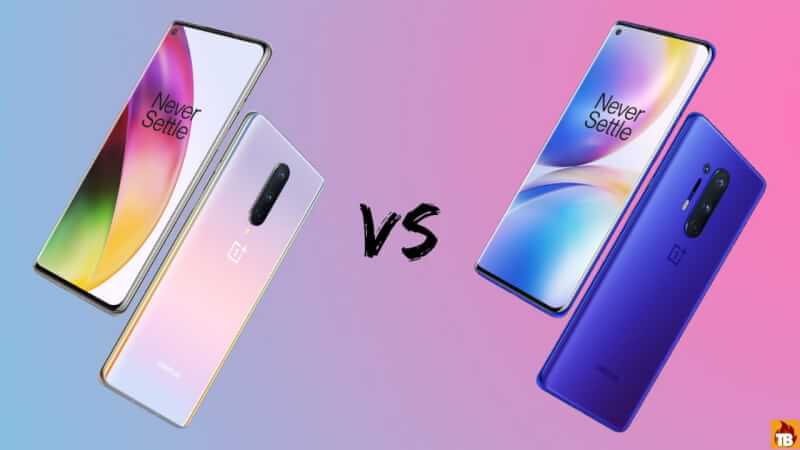 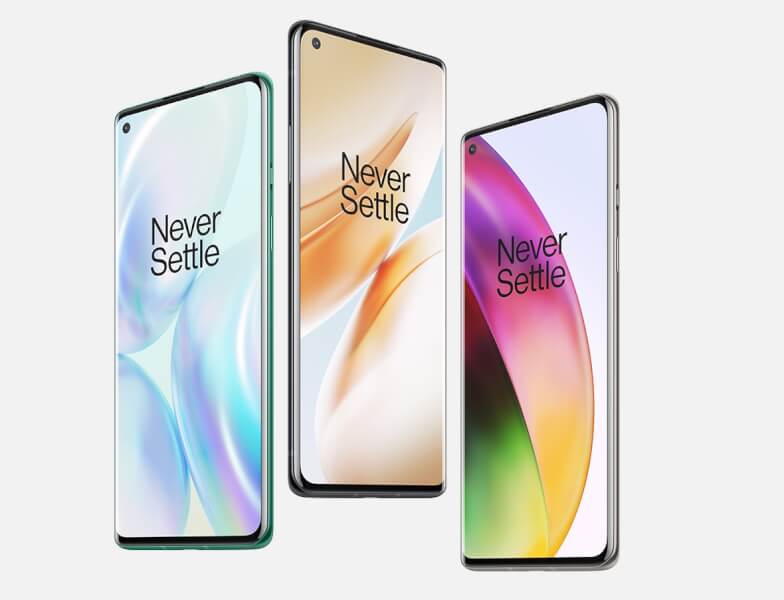 So, in this article, we will compare both the phones for you. Even, we will make a comparison between the colours which will suit you more because this time OnePlus has changed their logo and also they have provided new colour and design in the OnePlus 8 Series. So, let’s find out.

So, the OnePlus has launched the 8 Series with three new colours. OnePlus 8 comes with the Glacial Green, Interstellar Glow and Onyx Black. All of these colours of phones gives a great look to the device and offers a premium look to it. You can also see that the Interstellar is a new gradient colour design which is in OnePlus 8 Colours. All these three colours will suit you. The Glacial Green is much natural while the black one gives a premium look to you. Take a look at all colours.

The OnePlus 8 Pro Launched in three colours. But, the colours are Ultramarine Blue, Glacial Green and Onyx Black. So, there is no interstellar glow colour for it. However, anyone who loves the Interstellar Glow has to buy the OnePlus 8 but also there is an alternative and which look much better than the Interstellar Glow. So, you can also go with the Blue colour. Otherwise if you are looking for some formal colour then you can go for the Black one. Take a look at the colours below:

So, before buying any of OnePlus 8 or OnePlus 8 Pro, You need to know its features and what things that you need in your day-to-day life. So, here we will be discussing the features of both OnePlus 8 and OnePlus 8 Pro which will give you clear cut advice by which you can go for the excellent phone. Let’s find out which one is good for you.

So, you can see both phones from the above images. The OnePlus 8 comes with a large display of 6.55-inch Fluid AMOLED display with 2400×1080 pixels of resolution. The device has 90Hz Refresh Rate with 180Hz Touch Sampling Rate and comes with HDR10+ Support and has 3D Corning Gorilla Glass. It comes with 20:9 aspect ratio. But, the OnePlus 8 Pro sports larger display than the OnePlus 8, it has 6.78-inch Fluid AMOLED display with 3168×1440 pixels of resolutions and has 120Hz Refresh Rate which is much better for gamers. Also, the device has a 270Hz Touch Sampling Rate, which will give you a smooth experience while playing games. It also sports HDR10+ Support, 1300 nits peak brightness and 19.8:9 aspect ratio along with the curved display. The OnePlus 8 Pro comes with a certified IP68 rating.

Both the device comes with a single punch-hole display in the corner and features Vibrant Color Effect, Reading and Night Mode, MEMC and Adaptive display which gives OnePlus 8 Series A+ rating for their display.

The OnePlus 8 and 8 Pro, both are powered by the Qualcomm Snapdragon 865 which is the latest and fastest processor till now. Both the device runs on Android 10 with the OxygenOS 10. Also, it features Adreno 650 GPU for smooth gameplay. The OnePlus 8 comes with up to 12GB LPDDR4X RAM whereas the OnePlus 8 Pro comes with up to 12GB LPDDR5 RAM. Both devices sport UFS 3.0 internal storage up to 256GB ROM. Both the devices come with the in-display fingerprint sensor and Face Lock, which is much good for security purposes.

So, both the phones are powered by the latest processor, but the OnePlus 8 Pro is much faster because it has the latest LPDDR5 RAM and good storage. But, you can go with any of it because the LPDDR5 RAM will not make a massive difference between their day-to-day uses.

So, here are the quick specs for both the phones.

Indian pricing of OnePlus 8 Series has been officially announced.

Along with this Bullets Wireless Z earphones priced at Rs. 1,999 in India.

So, this was the comparison between the two newly launched phones. Don’t forget to comment, what’s your pick from both devices.