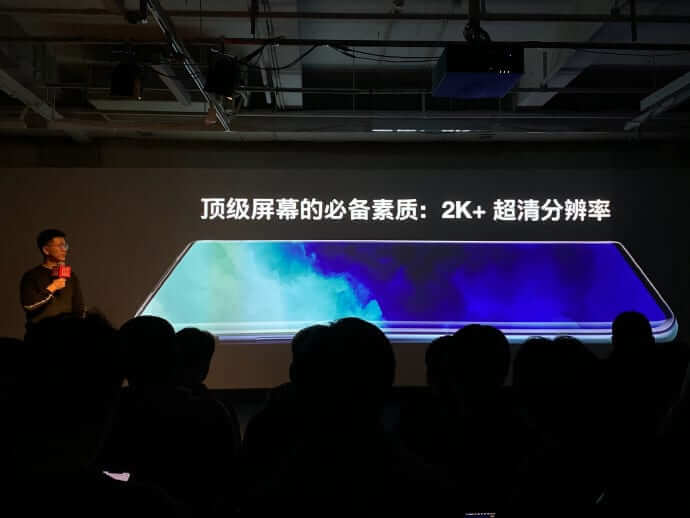 OnePlus has been innovative from the beginning of 2020. At first, they announced their Concept One Event where they show the invisible camera technology which is in the works. The rear camera will be invisible and can only visible if someone it directly. Also, the device looks so premium with the Invisible rear camera. Now, the company has made other announcement for OnePlus new display technology. They have announced a lot much for the OnePlus new display and we will be going to see all these things in the OnePlus 8 Series Display. As the company announced that they have completed the development of OnePlus 120Hz display. So, OnePlus is now moving to OnePlus 240Hz Display. Yeah! they have announced that they are now working on the 2K+ OLED Display with 120Hz refresh rate and 240Hz Sampling. So, read the full article to know more about OnePlus new Display Technology:

The event was organised on 13th January, they have announced that they have launched its first 90Hz display rate device in 2019. Now, the company is going to launch devices with 120Hz Display in 2020. It will be the 120Hz OLED Display which will come with 2K+ resolutions and 240Hz Touch Sampling Rate. So, the company has completed development of the 120Hz OLED Display and we will be seeing devices powered with it. The company has focused more on the following points:

This chip is used to bring Motion Estimation in the display. By this chip, they are expending the display with 120Hz refresh rate. This is not only for video smoothing as it will also make other things smooth in the display. The MEMC mechanism on the OnePlus shows that they will be providing the Pop-up camera in its upcoming phones.

The display will come with full support Snapdragon 865 SoC. So, OnePlus claims that it can go automatically up to 1000nits of brightness in the HDR Support with 10-bit Color Support and 240Hz Touch Sampling Rate. As many devices are going to launch with 120Hz display but no brands are coming up with the 2K+ resolutions and 240Hz Sampling Rate which is going to be exciting for the users.

As the company has announced all the features and they have also claimed that their screen is much better than the iPhone 11 Pro Max and other devices. We are expecting that the new display technology is likely to come with the OnePlus 8 Series display. It will be interesting for both the users and brand because they are going to do innovative and users will be getting more smoother display in the OnePlus 8 Series.