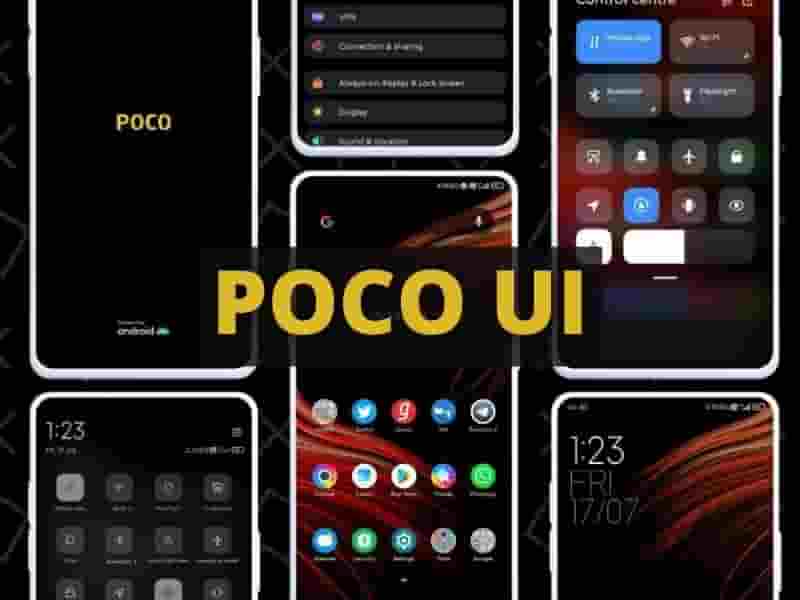 iSpeech
POCO, the brand that started as a sub-brand of Xiaomi in 2018 came into the limelight by launching POCO F1. Now, the POCO F1 aka POCOPHONE F1 was a phone that won the hearts of millions as it came with flagship specs at a budget price. In 2020, POCO revealed its second smartphone and also announced that POCO is now an independent brand under Xiaomi Corp. The POCO devices have been using Xiaomi's MIUI even after becoming an independent brand. But, recently, the brand has revealed its plans for a new UI, built from scratch. Here we have discussed some of the upcoming POCO UI features, eligible devices and release date in India.

The only point of difference between MIUI in both brands was the unique launcher that never existed in devices other than POCO. The launcher featured different icons and the home screen interface than the MIUI.

According to recent interviews with POCO officials, the brand is planning to release a newer version of its UI. The company would be making special changes to the existing MIUI based on the feedback received from the POCO Community and through social media. The new UI will be called POCO UI.

Briefly, the POCO UI will be somewhere a clone of MIUI, very similar to the JOYUI built exclusively for Black Shark's smartphones. For those who don't know, Balck Shark is Xiaomi's other sub-brand making gaming-centric phones. We can also look at realme UI, which is a tweaked version of Oppo's ColorOS. As the company increases its global market share, POCO could develop a separate UI for its devices. And, this development will focus on making a brand new interface built from scratch.

The first smartphone to be launched with POCO UI would be Poco M3 Pro. All the devices eligible for getting POCO UI update are listed below:-

Please note that the above-mentioned devices are expected to get the latest MIUI 12.5 update and might get the POCO UI update.

As per the latest information, a new version of the company's software may release as POCO UI in late 2021. And the same will be the POCO UI release date in India.  This will be a big step for POCO to separate itself from Xiaomi.