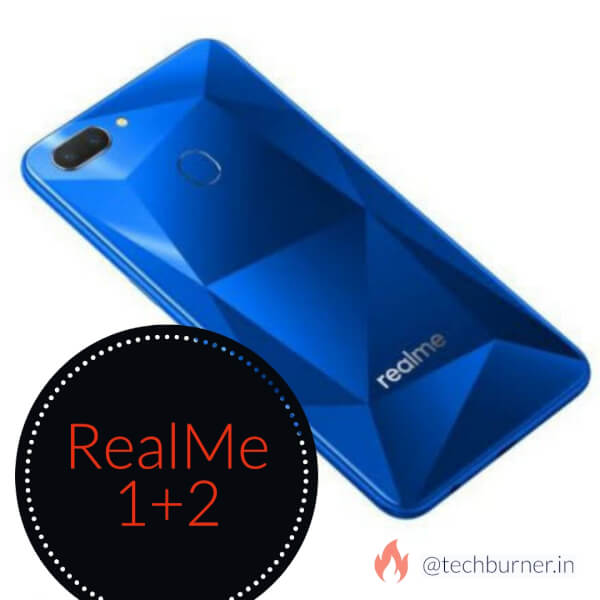 Just after a couple days after we saw RealMe CEO Madhav Sheth doing a rap on RealMe 3, we have a few exclusive leaked images! The images are somehow out of focus but still, you know us well. We are pros and we can still extract a lot of speculations from tini-tiny leaked-pixels even!

First of all, let’s have a glance at the images! 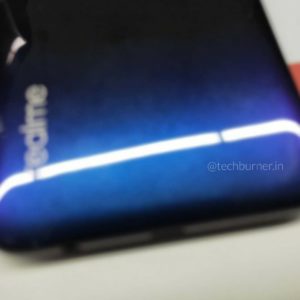 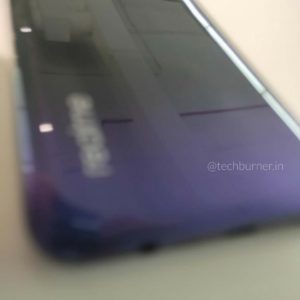 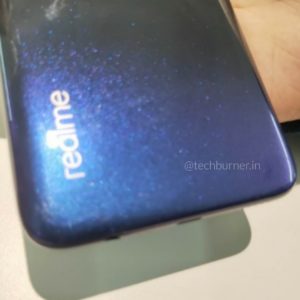 So, the 1st thing we can see is “RealMe” written in a vertical layout. We haven’t still seen this layout ever from RealMe. RealMe 1, RealMe 2,RealMe 2 pro, RealMe U1, RealMe C1 has “RealMe” written on the back horizontally. So what makes them change it? We guess a vertical camera layout in RealMe 3! RealMe has probably switched to the Xiaomi-esk vertical camera layout and to match the aesthetics, they’ve changed the text orientation too!

We can see clearly that the back is Black and Blue Gradient. Hence, we can expect some other color gradient too in RealMe 3! The back also looks glossy and shiny but doesn’t look like glass. So RealMe 3 might have a plastic glossy and shiny finish.

As you’ve already seen on the top, we’ve designed the image as RealMe 1+2 and not RealMe 3, following the official Tweet by RealMe. Are they hinting on naming the device as RealMe 1+2? We don’t think so yet as the teaser of CEO Madhav Sheth rapping on RealMe 3 has leaked already.

Let’s see if you can put 1 and 2 together. 🤔 pic.twitter.com/hLneqExJc9

From the tweet, we can guess a few things. The diamond-cut design from RealMe 1 and RealMe 2 are making their cameos in the RealMe 3 again. We know this is obvious seeing the tweet, what isn’t, is the fingerprint scanner and cameras.

From the live images, we can guess an in-display fingerprint scanner but in the image by RealMe, there is a physical scanner. So the live images might turn out to be RealMe 3 Pro, whereas the image in the tweet might be the actual RealMe 3.

Why is there a back-case included in the image of RealMe 3? We guess RealMe doesn’t want us to be sure yet about the diamond-back design in RealMe 3. It might be the back panel, on the other hand, it might be a diamond-cut design back case included which also shares similar thoughts as the live-images of RealMe 3.

The vertical camera layout gets its confirmation from this tweet. Moreover, the primary camera is highlighted. That might be a physical highlight or an edited highlight to tease. To tease what? A 48-MP Camera! Redmi Note 7 already implemented it, so why not RealMe 3? Moreover, RealMe also said that they were working on a 48-MP setup. They didn’t confirm about which device so we speculated RealMe 3 or RealMe 3 pro. If the 48-MP won’t come in RealMe 3, it will be a sure checkbox for RealMe 3 pro to check! And to stay in the competition against Xiaomi and Redmi, RealMe looks like will tend towards it.

We will be updating about new leaks and speculations. Make sure you keep following us to stay updated!