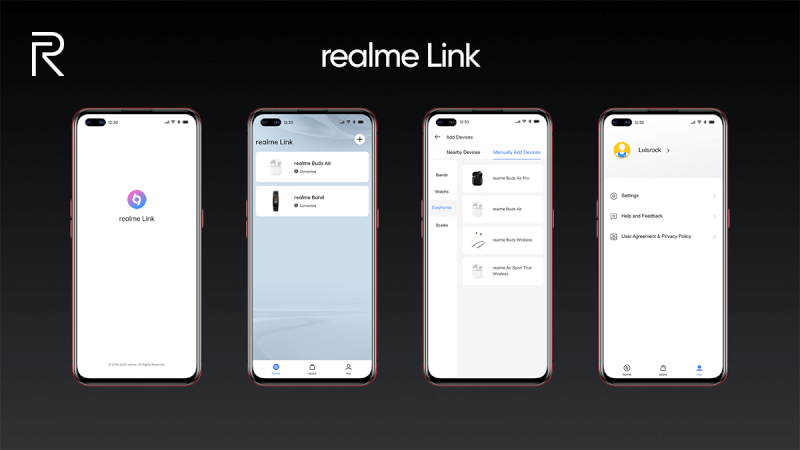 Realme is all set to launch IoT (Internet of Things) devices in India and before they launch the products, a new app to control them has been announced. Realme Link app is basically an app developed to control all the upcoming IoT products of Realme. The app will let you view, control and operate the products. Upcoming Realme smartphones will come with pre-installed Realme Link app. Upcoming products like Realme TV and Realme Fitness Band will be controlled with this app. Realme X50 Pro is launching on 24th February and most likely this will be the first phone to come with this app. Download Realme Link App from the given link. 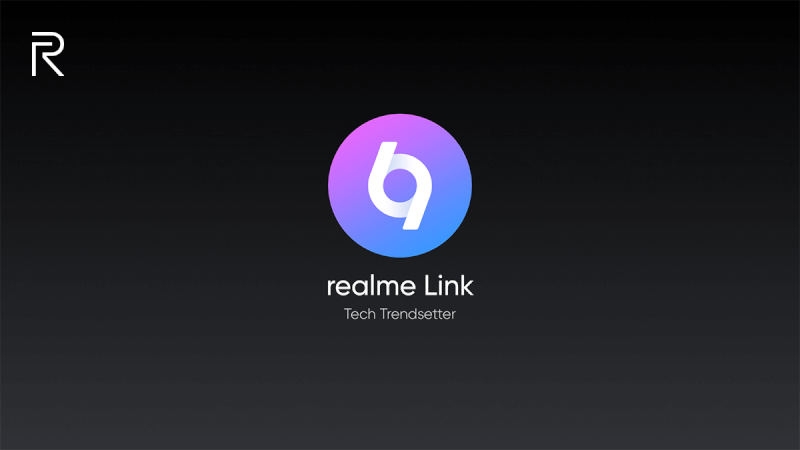 Realme had already confirmed that it is planning to launch many IoT products in India. They have started it by launching Realme Buds Air which is a true wireless earbud. Also, the company is teasing the Realme Fitness Band for quite a sometime now it is going to launch in India on March 5. Not just the fitness band, but Realme was about to showcase the Smart TV at the MWC 2020. But unfortunately, due to the Coronavirus outbreak, the event did not take place. However, all the brands are arranging separate events to showcase their products and Realme will also showcase the TV anytime sooner or later to a global audience. Realme TV will be revealed in India in the second quarter of 2020. 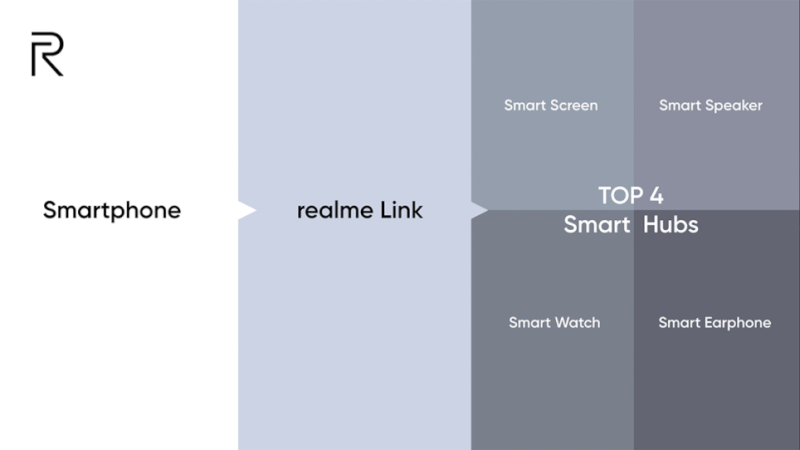 Realme Link app will serve as a control centre to operate the Realme IoT devices which are going to release this year. The logo of the Realme Link app shows two letters, L and O. L stands for Link and O stands for Operate and Ecosystem. The icon also shows two people hugging which shows that the app wants to provide a connection for the Realme fans.

Realme TV will be launched in India in the second quarter of the year 2020. With this app, you will be able to control the TV. The app might work as a remote control for TV so you can change the channels as well as control the volume of the TV.

We are seeing a lot of leaks for the Realme Fitness Band. It is going to launch on 5th March. With the Realme Link app, users will be able to check all the fitness tracking features, like Steps, Calories burned, sleep tracking and more. More Bluetooth devices including Realme Buds Air is also expected to be controlled with this app.

More Realme IoT devices are coming to India very soon. . The Realme Fitness Band will be launched in India on March 5 while the Realme TV will be revealed in Q2 in India. . Realme Link app is also announced at the launch event of Realme X50 Pro 5G which will connect all the Realme IoT devices. . Swipe >>>> . . . . . . #Realme #RealmeIndia #RealmeTV #RealmeBand #RealmeLink #RealmeIoT #Realmewatch #Realmefitnessband #techvp #techburnerteam #realmesmartwatch

The app is not out yet. Realme will launch this app on the 24th of February, at the Realme X50 Pro launch event. As we mentioned above, the X50 Pro will come with a pre-installed Realme Link App and all the upcoming Realme smartphones will have it. The app will be also released for the other users on the Google Play Store. Keep your eyes on this article, we will update the article with the download link as soon as its releases.

Share your thoughts on Realme TV and Realme Fitness Band in the comments down below.