Realme starts rolling out Realme UI Beta based on Android Q for the Realme X! 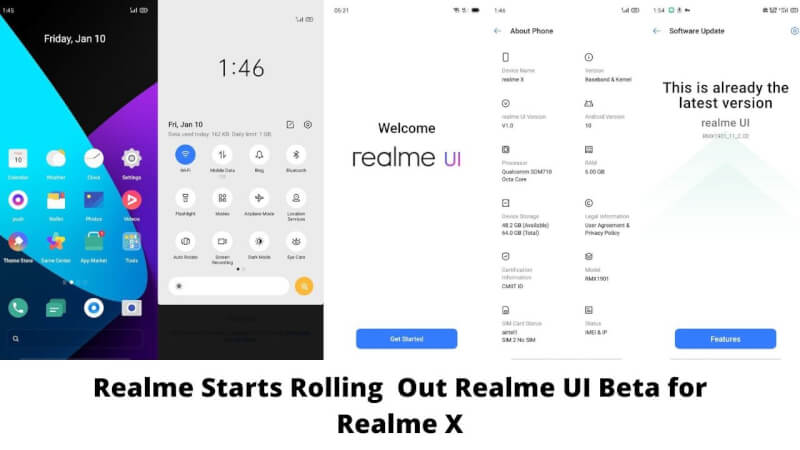 Realme launched the first device in the Realme X series which was named as the Realme X, the phone was an absolute beast for its price, it packed in a 6.53-inch FHD+ AMOLED Display, without any notch or punch hole, a Qualcomm Snapdragon 710 Chipset, a 48MP Primary + 5MP Depth sensor on the rear, a 16MP front-facing selfie shooter, up to 8GB of RAM, a 3,765mah battery and more, all this at an affordable price tag. The Realme X currently runs on Android 9.0 Pie and today the Chinese users have started to get the Realme UI Beta update which is based on Android 10 Q, keep reading to know more.

The latest update comes with version number “RMX1901_11_C.02″, and packs in the latest version of Android, the Android Q, Realme UI v1.0 a new custom OS from Realme for all the Realme smartphones. The point to be noted here is, the latest update is just rolled out to users in China, other users will need to wait for some time for the OTA to arrive in India or any other country.

Only limited users can get their hands on this Chinese version of the ROM, as the beta update is only limited to 1,000 people, thus if already people have applied or the registrations is over, you will need to wait again for the people at Realme top open the beta update again or rollout the stable update.

So if you don’t have much information on installing a beta update, we recommend you don’t install the beta and wait for the official update. We will inform you when the stable version rolls out in India, so stay tuned to Techburner for more information.