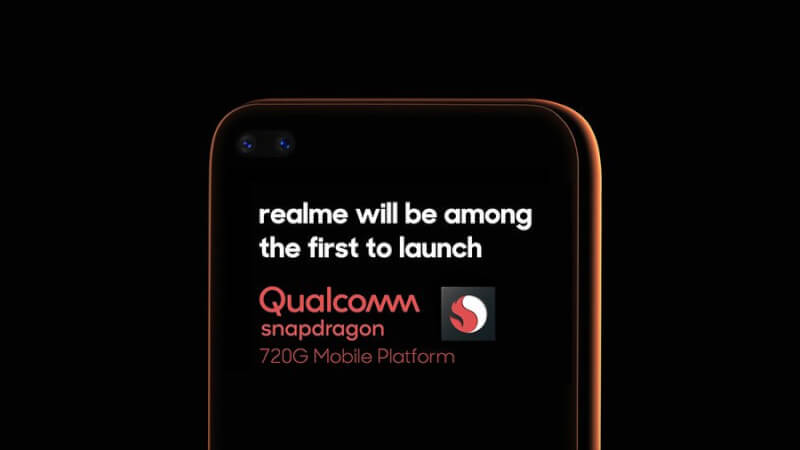 It’s time for the big reveal!#realme will be among the first smartphone brands to launch the @qualcomm_in Snapdragon 720G in the upcoming smartphones.

More information on this coming soon! RT if excited pic.twitter.com/MWaHNCHFsT

Realme CEO Mr. Madhav Sheth tweeted that realme will launch a Snapdragon 720G powered smartphone in India. He has also tweeted an image that shows dual cutout on display similar to the Realme X50 5G. This phone was launched in China a few weeks ago, which comes with Snapdragon 765G chipset, which is a 5G phone. The India launch of the phone is also expected in the year 2020. However, the 5G network is not available in India, so it is safe to assume that we will have to wait a little more for the 5G smartphones in India. Realme might launch a new smartphone in India with this newly launched Snapdragon 720G in India, which will also have a similar type of punch-hole display as the Realme X50 5G.

The new Snapdragon 720G also supports Qualcomm Elite Gaming the same as the 730G. There are many similarities between these two chipsets. Check out the full comparison.