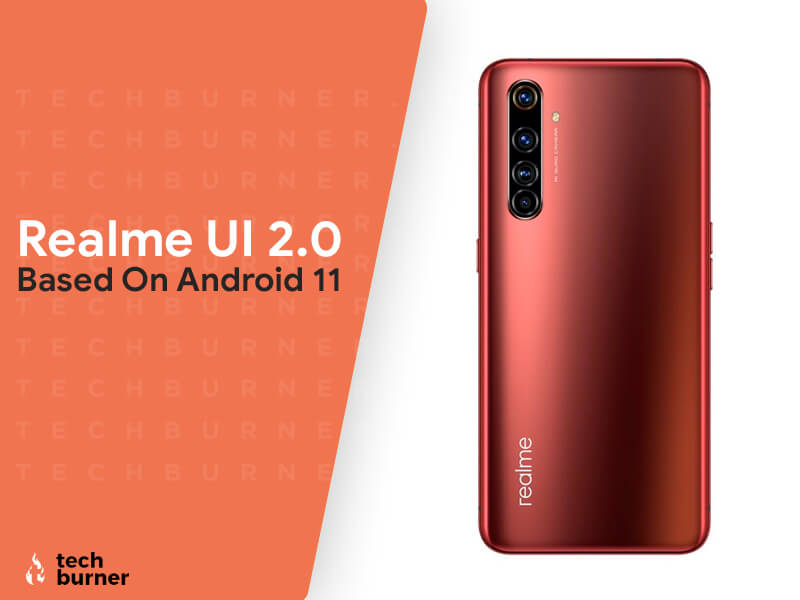 Realme has done a great job in the Indian smartphone market with its Budget and Mid-range Smartphones. Realme has even listened to its users and developed its own UI called the Realme UI. With Realme UI based on Android 10, Realme had cleaned up all the bloatware and made it lite and clean. However, Realme UI still lacks in customizations and extra features. After a few months, the Realme UI 2.0 has been unveiled along with the new Realme Narzo 20-series. In this article, we will be discussing the Realme UI 2.0 features, Realme UI 2.0 devices list and Realme UI 2.0 update timeline for supported devices. So without any further ado, let’s head into the article. 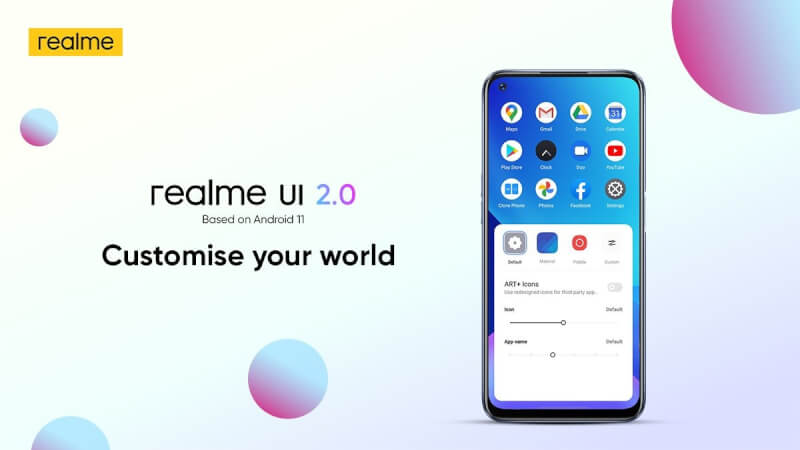 Realme is constantly working to improve its user experience. Realme UI 2.0 is said to be designed for seamless fun and plethora of new features, improved security, enhanced performance, creative customizations, animations and many other improvements that will enhance the user experience to another level. Now let’s discuss the Realme UI 2.0 features in detail. 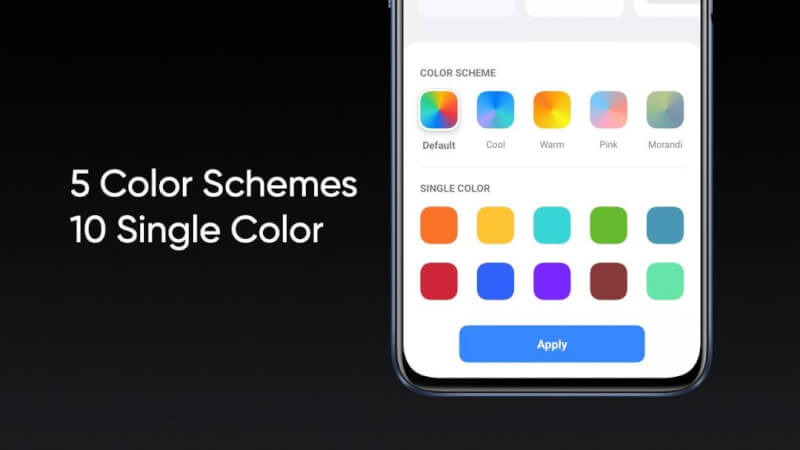 Most of the users get bored with the similar colour scheme used in their device’s theme. Realme has now brought up the new feature called Global Theme Colour. This function in the Realme UI 2.0 comes with 5 gradient colour schemes and 10 solid colour schemes that will let you choose your own style for the main interface, notification bar, shortcut button and 24 other interfaces. 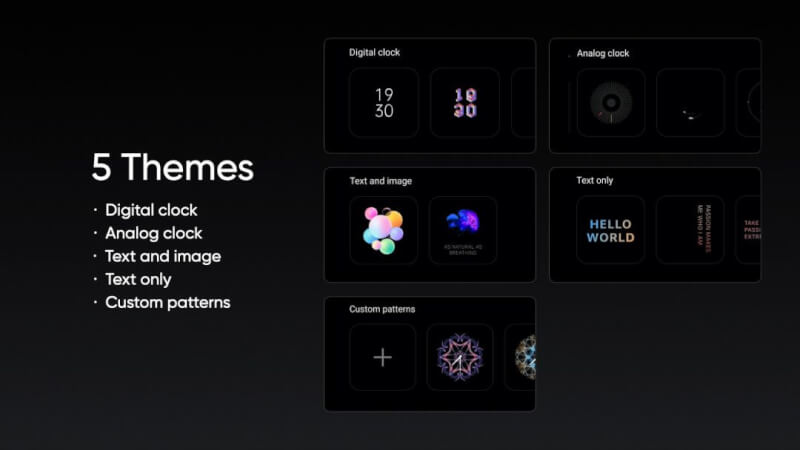 On the customizations side, this time Always on Display has also got the update for customizations. Now users can customize their Always on Display screen designs as per their preferences. The Realme UI 2.0 now offers 5 themes and is also the first customisation engine in the market which will allow you to create unique patterns. It includes Digital clock, Analog clock, Text and Image, Text only and Custom patterns. 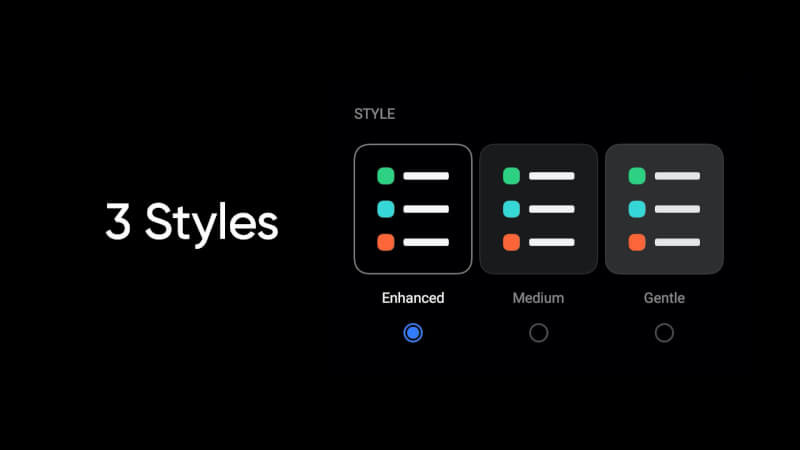 This time Dark mode is also improved and enhanced to another level. Total 3-types of dark mode will be provided with the Realme UI 2.0 update. We get Enhanced, Medium, and Gentle dark mode. In Enhanced mode, we get the pure black colour dark mode. Whereas in Medium it gives a light black theme and the last one gives the greyish dark mode experience. It also supports intelligent auto-adjustment which automatically adjusts the contrast according to the ambient light. 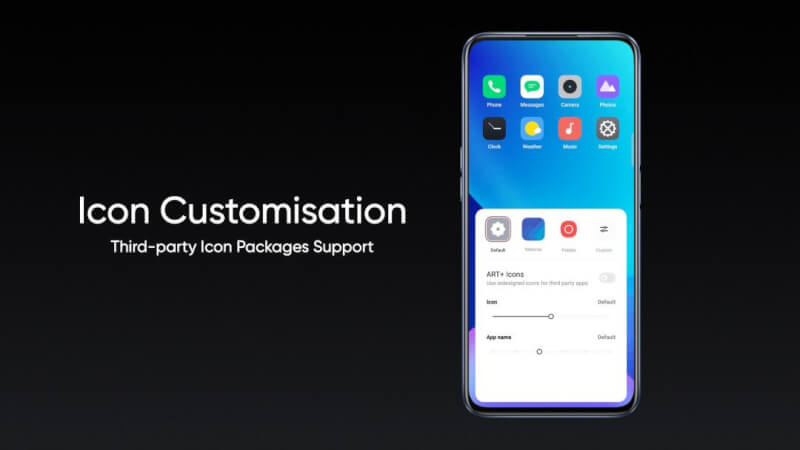 In Realme UI 1.0, the icon customizations were bounded only to the built-in ones. However, this feature is now extended where we will be able to change the style of the icons with third-party icon packages support. This is really helpful for those who want to use icon packs available on the Play Store. 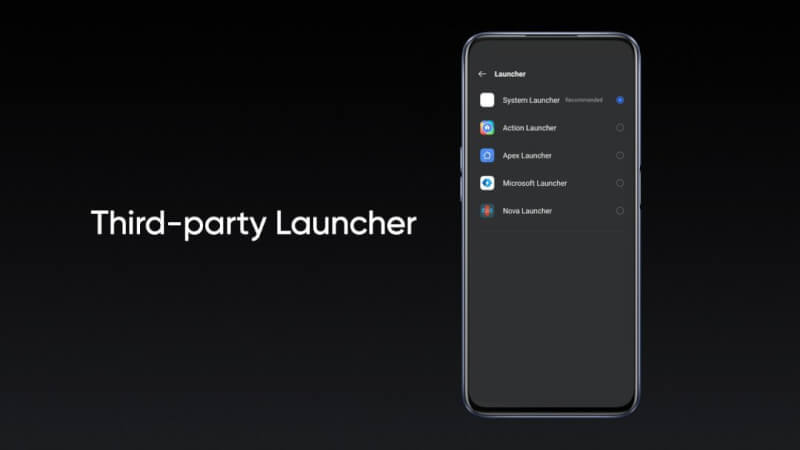 Launcher support is also extended further that now we can use a third-party launcher to design our desktop in our very own way and use themes as per our preferences. This gives the user more customizability and improved user experience.

This time to improve Privacy and security, Realme said that they have followed the Deep Sea Privacy plan that includes an Invisible Door, Private Space and a Security Shield. Invisible door prevents unauthorised personal data leakage. Whenever an app tries to read any personal information, it will automatically send empty data to avoid real information leakage. Private Safe enhancement hides all your secret apps in a separate vault which can only be accessed by a special password. The Security Shield on Realme UI 2.0 provides for 360-degree protection from payment security to blocking those spam calls and more. 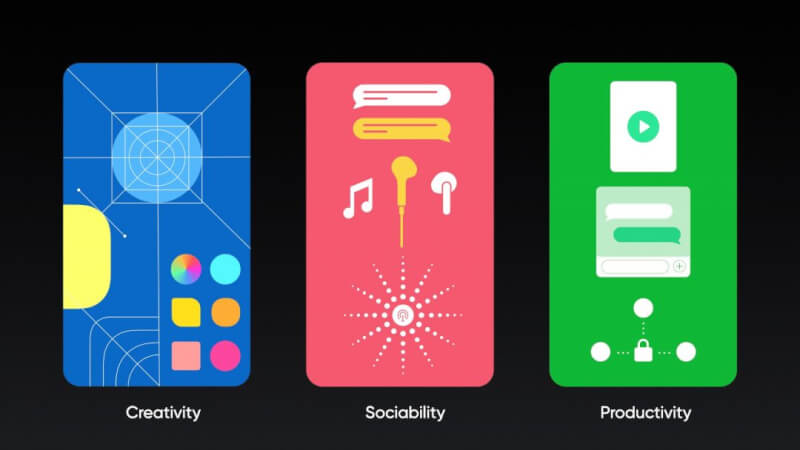 Realme UI 2.0 offers improved functions for better multitasking. Realme has enhanced the UI 2.0 to achieve a greater level of optimisation and has led to an almost 45% increase in System Resources Utilisation Efficiency, and a 32% increase in System Speed, moreover, a 17% increase in Frame Rate Stability and 23.63% increase in the speed of launching an App when compared with Realme UI 1.0. 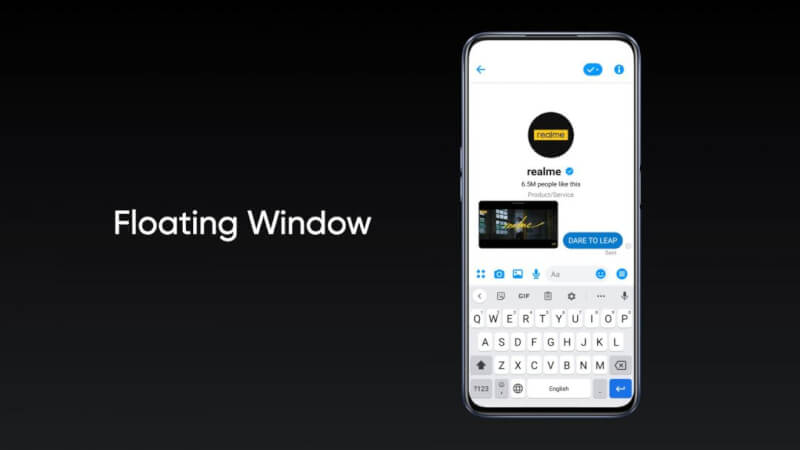 Android 11 was announced a few days ago and it has a lot of new and cool features. You can check those features by clicking here. However, being developed on Android 11, the Realme UI 2.0 has opted a lot of features from Android 11 which are listed below:

Currently, only the timeline for early access is officially out, and that too varies device to device. The beta rollout will be at the later stage after the early access programme for Realme UI 2.0 is completed. It will also vary as per the devices as scheduled early access timeline. 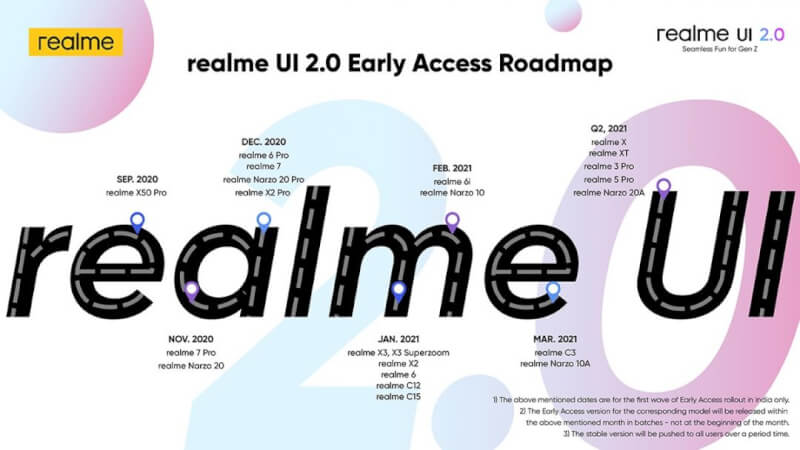 The Early Access program was already started with Realme X50 Pro, the flagship smartphone from Realme. However, it will be followed by other devices as mentioned below:

How to Download MIUI 12 on Poco M2 Pro: Step by Step Guide