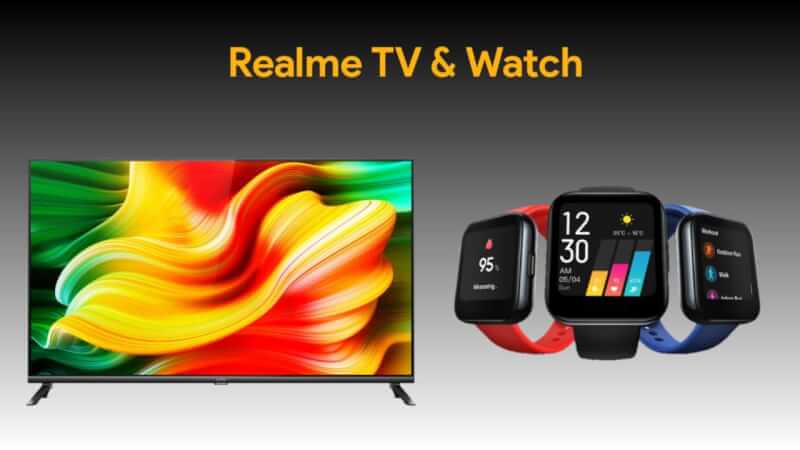 iSpeech.org
On 25th May, Realme has launched a number of IoT devices in their Leap to Next online launch event. The most awaited Realme Watch and TVs have been launched in India which offers some great specs at good pricing. Alongside, Realme Powerbank 2 and Buds Air Neo also launched. In this article, we are going to see Realme Watch specs and Realme Watch price in India. Also, Realme TV Specs are quite impressive for the asking price. It comes in two different screen sizes. Continue reading to know more about Realme TV price in India and availability.

Let's start with the watch first. We were seeing a lot of leaks around the watch and finally, it has been launched. Here are the detailed specs. 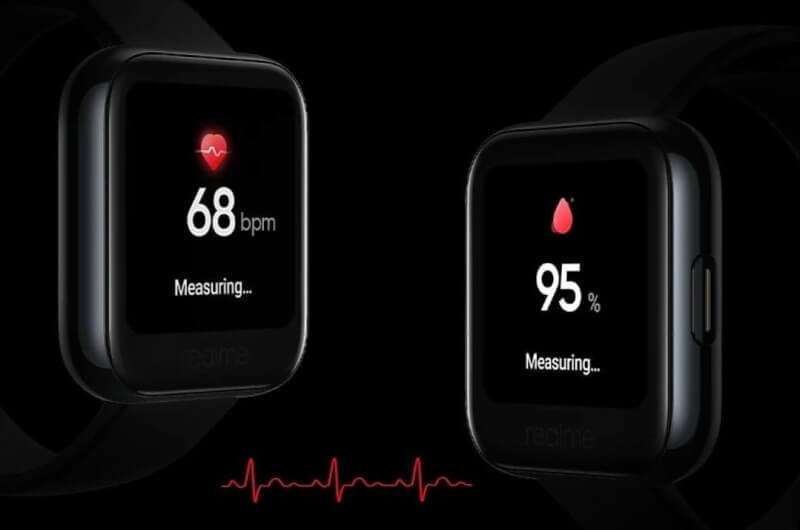 It comes with a 1.4" Color TFT display which is protected by Corning Gorilla Glass 3. The resolution is 320x320 pixels with 323ppi pixel density. The display is touchscreen and there is a realme branding at the bottom bezel. There are 12 different watch faces by default which you can change from the app or by long pressing on the screen. With an OTA update, 100 additional watch faces will be added in future.

Just like the other smartwatches, it has a square dial with rounded corners. On the side, there is a power button which also works as a back button. Also, it is IP68 water and dust resistance. The colour of the watch is black but you can customise its different coloured straps which include Black, Blue, Red, and Green. 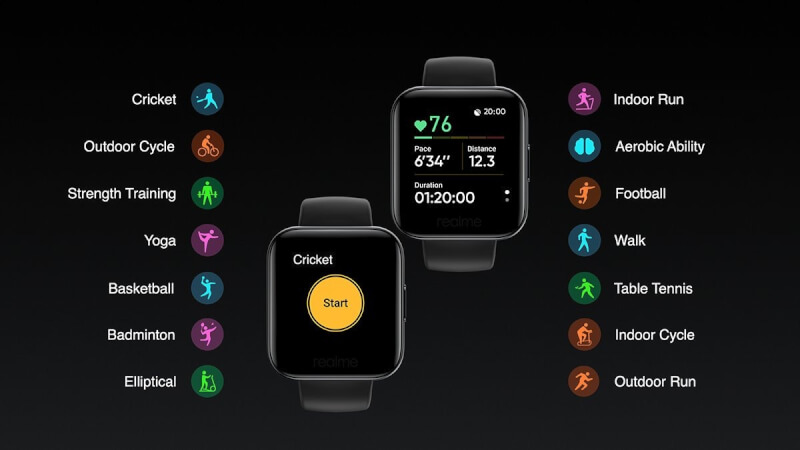 You can connect the watch with your phone with Realme Link app via Bluetooth 5.0. Talking about the sensor, it comes with an optical heart rate sensor and 3-axis accelerometer. Also, there is a vibration motor under the hood.

It measures heart rate, blood oxygen level and there are 14 different sports modes which also includes cricket like the Realme Band. Apart from this, there are few other features like Step tracking, sleep tracking as well as idle and drinking reminder and meditation relaxing.

It also shows call and SMS notification and supports third-party app notification as well. Additionally, you can use this to click photos on your phone and it controls music as well. You can unlock your phone using the watch. 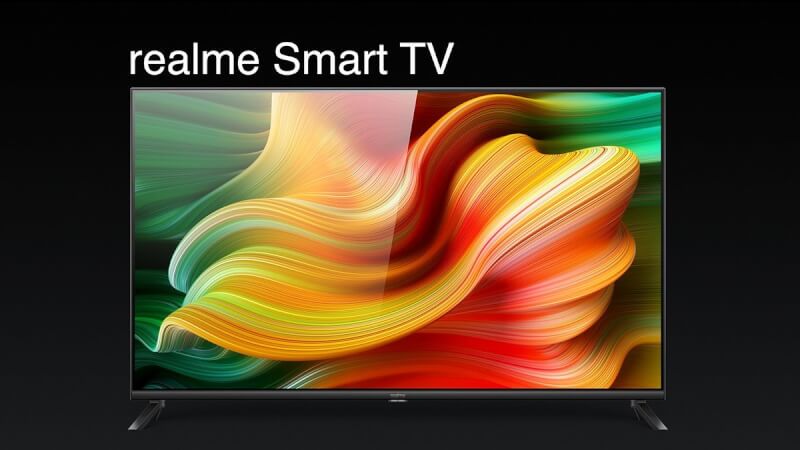 Now, it's time to talk about Realme TV. As we know, Realme had started with the smartphone and now entering in different categories with new IoT products. TV is their latest addition and it comes in two different screen sizes. Let's check out specs and Realme TV price in India.

The TV has a bezel-less design with a very minimal bezel all around. It comes with two screen sizes, 32" (HD Ready) 1366 x 768 pixels and 43" (FHD+) 1920 x 1080 pixels. The Chroma Boost Picture Engine enhances the visuals by tweaking the saturation, brightness and contrast. Apart from this, the peak brightness level is 400nits and it offers 178 degrees of viewing angle.

It is powered by Mediatek Quad Core chipset which includes Cortex A53 octa-core processor with 1.1GHz clock speed and the Mali-470 MP3 GPU. It has 1 gig of RAM and 8 gigs of internal storage.

For the connectivity, it comes with the following options.

It runs of AndroidTV OS (9.0), which supports Google Assistant and Built-in Chromecast. Most of the popular apps like Netflix, Prime Video and YouTube are pre-installed. You can download third-party apps from the Play Store. On the remote, there are dedicated buttons to access popular apps. 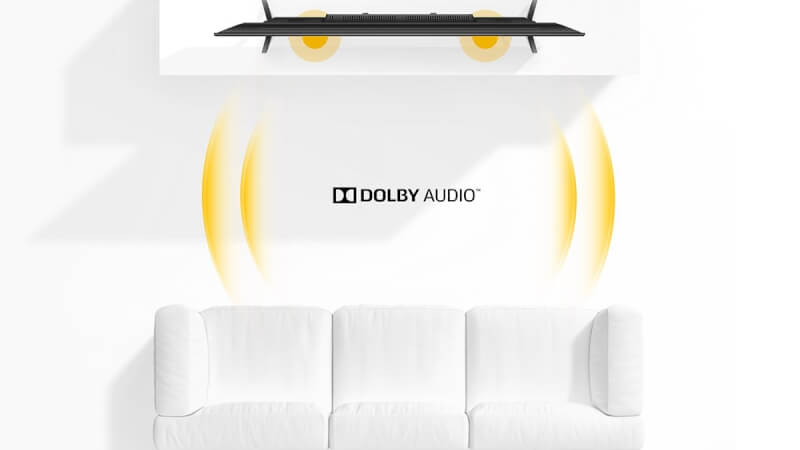 Realme has also focused on the sound department. It has a quad-speaker which produces a total of 24W output. On each side, there is a pair of speaker and tweeter. It also supports Dolby Audio.

There are two models of Realme TV available.

Realme also offers 6 months of YouTube Premium membership and one year of additional warranty for the panel. It will go on sell starting June 2.

That's it. What do you guys think about the Realme Watch price in India? Let us know in the comments. Stay tuned with TechBurner for more updates.