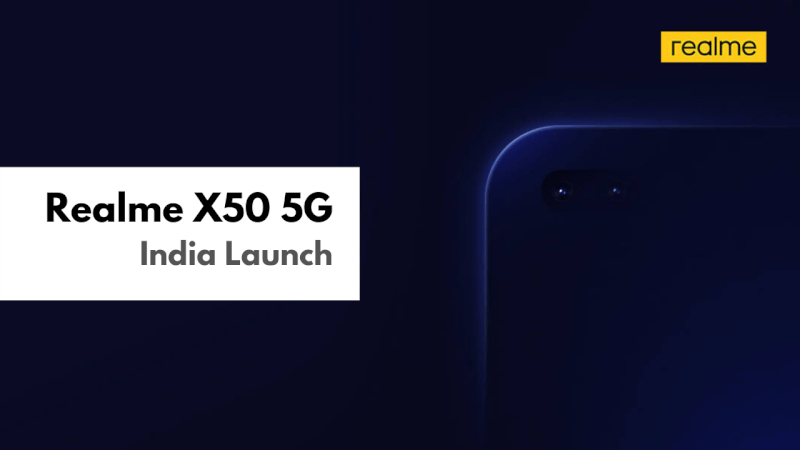 Realme India CEO Mr Madhav Sheth had already confirmed the launch of India’s first 5G phone, and the things are getting on track for realme. In the recent launch of Realme X2 Pro, the brand itself announce the launch of a device equipped with Qualcomm SoCs with built-in 5G in India in 2020. Today, Realme China CMO Xu Qi Chase has posted on Weibo that Realme will launch the X50 5G phone in China soon. The phone will probably launch next month in China and the Realme X50 5G India launch is expected in the year 2020. Let’s talk about the Realme X50 5G specifications. 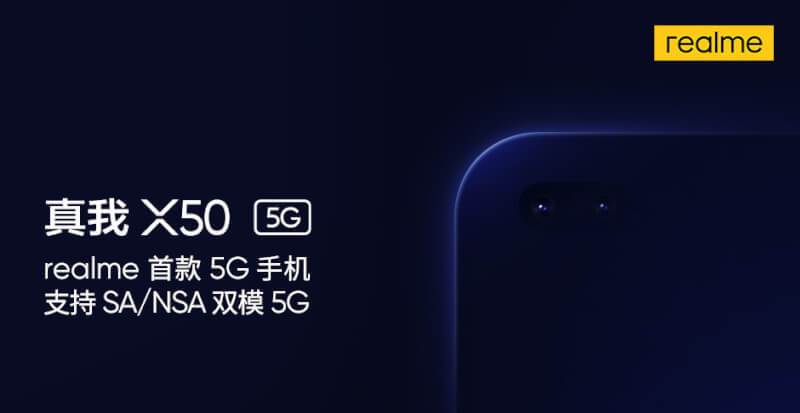 Xu Qi Chase has shared a post that shows the dual punch-hole display on the left side of the phone. He has also confirmed that the phone will support both Standalone (SA) and Non-Stand alone (NSA) mode of 5G sub-6GHz networks. Xiaomi has earlier teased the Redmi K30 which will come with SA/NSA mode 5G modes and dual punch-hole display on the front. Redmi K30 is expected to launch in December in China. And it seems like Realme will also launch its first 5G smartphone somewhere in December.

There is no official confirmation on the specifications of the Realme’s 5G phone yet. So far we can expect that this phone will be a mid-range smartphone. It is expected to launch with Snapdragon 735, the successor of Snapdragon 730 and built-in 5G functionality. Currently, Realme XT is the company’s latest mid-range smartphone, so we can expect a Quad-camera setup. Realme will probably implement the upcoming Sony IMX686 60MP Sensor. Realme might implement this new Sony sensor in its first 5G smartphone. The battery capacity will be around 4,000 to 4,500mAh.

Mr. Madhav Sheth has confirmed that they will bring 5G smartphones in India in the year 2020. Let’s see what realme offers next year.