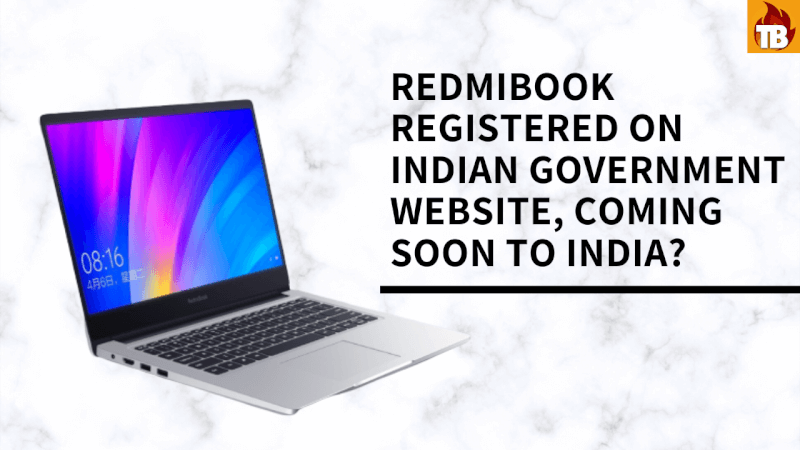 Xiaomi’s sub-brand Redmi makes some amazing smartphones and brings them to India at an amazing price, but there are multiple products  that Xiaomi and its sub-brand manufacture that never turn out to India and many other countries, for an example Xiaomi makes shoes, bags, laptops and much more but they have never been launched in India, but today RedmiBook has been registered with the Indian government website, and this gives us some prior information on whether these laptops may launch in India or not? Keep reading this article to know more information. 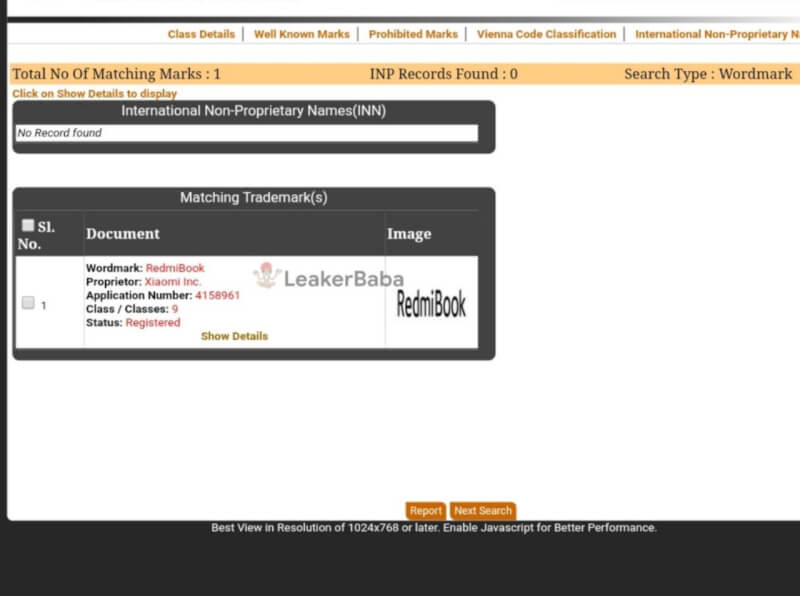 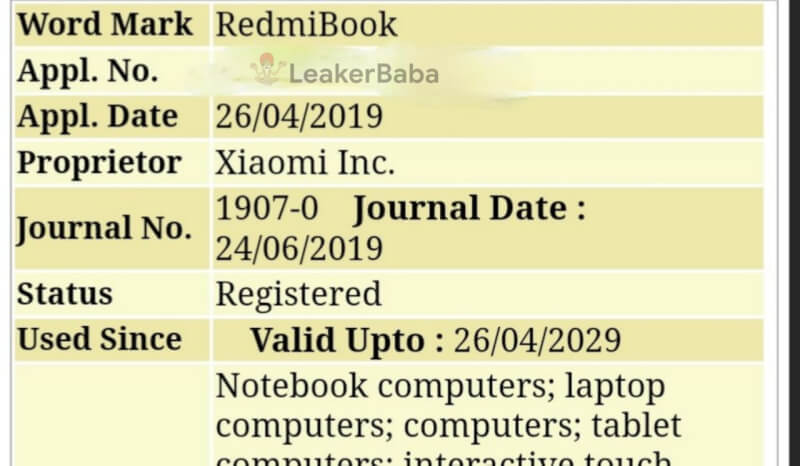 Xiaomi has filled an application for trademark of the RedmiBook in India with the wordmark as “RedmiBook” and the proprietor as “Xiaomi Inc” and the application number is “4158961”, giving us an clear idea on what this product could be, going by the name it is going to be Xiaomi’s most popular RedmiBook Series of laptops that have been registered with the Indian government website, this application was filed in April 2019, but was unsourced till now, and now there is hope that Xiaomi will soon be bringing the RedmiBook series of laptops to India in 2020!

After the listings appear on Indian governments website it doesn’t take long for the companies to launch the products soon in India, as we have seen Xiaomi trademarking multiple devices and launching it soon, so as a result this may launch pretty soon in India. 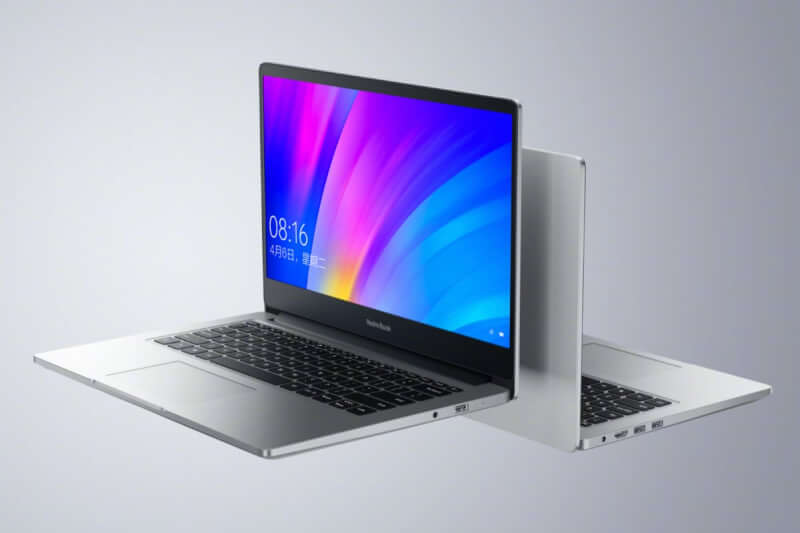 Currently the latest laptops in this series include the RedmiBook 14 which come in three variants, which differ in the processor and the graphics card, all the three variants sport a 14-inch FHD+ Display, have a design similar to Apple’s MacBook Air. In terms of the ports, it sports a 1 x USB 2.0 port, 2 x USB 3.0 port, 1 x HDMI port, 1 x Power Supply Port, and a 1x LED battery indicator, it lacks on a USB-C port but instead sports 3 x USB- A ports. The laptop is quite slim and easy to use and has dimensions of  323mm*228mm*17.95mm, runs on Windows 10 and has a 45W battery and come with a 65W charger in the box.

Note: These Specifications and Storage Variants may change with the Indian Launch

Hoping to see Xiaomi launch these laptops soon in India, as these offer some decent specifications and come at a decent price, but as the laptop market is currently heated a lot in India, Xiaomi may delay the launch for quite some while, Stay tuned to Techburner for more information.