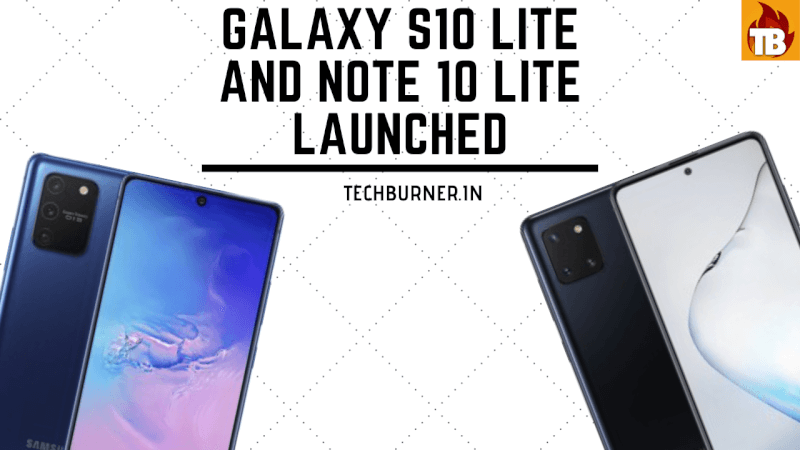 We had been recently getting a lot of rumours and leaks around the Samsung Galaxy Note 10 Lite and the Galaxy S10 Lite, interestingly also the full specifications sheet was leaked around a few days back, and as we all know CES 2020 is approaching and is scheduled for January 7, 2020, where Samsung was about to announce the new upcoming leaked and rumoured phones, but shockingly Samsung just revealed these two phones without scheduling any launch event or any prior info, now that its launched this article will be dedicated to the Galaxy Note 10 Lite and the S10 Lite.

The Samsung Galaxy Note 10 Lite comes with an 6.7-inch FHD+ Infinity-O AMOLED Display with a screen resolution of 2500 x 1080px. Under the hood it is powered by an unknown 10nm processor clocked at cores of 2.7Ghz + 17Ghz, this processor seems similar to the Exynos 9810 but it isn’t officially confirmed by Samsung till now.

On to the camera department, the Galaxy Note 10 Lite packs in a triple rear camera setup of 12MP Primary with f/2.2 + a 12MP Dual Pixel AF Ultra-Wide Angled Lens with f/1.7 OIS + a 12MP Telephoto Lens, on the front it sports in a 32MP Selfie shooter  with f/2.2. It comes with a decent sized 4,500mah battery and support for 25W Fast Wired Charging and a 3.5mm headphone jack. Also, The Note 10 Lite will be available in three colours namely Aura Glow, Aura Black, or Aura Red and two RAM variants mainly 6GB and 8GB with 128GB of internal storage space, it runs on OneUI 2.0 based on  Android 10 (Q), the Note 10 Lite will be priced at €599 in the European market.

The Samsung Galaxy S10 10 Lite packs in a 6.7-inch FHD+ AMOLED Infinity-O display with a  screen resolution of 2500 x 1080px, under the hood it is powered by a 7nm octa-core CPU having clusters of cores clocked at 2.8Ghz, 2.4Ghz and 1.7Ghz, the processors name is not confirmed by Samsung yet but on comparing it with the Snapdragon 855, it matches the specifications.

It comes with a triple rear camera setup of a primary 48MP lens paired with a f/2.0 aperture, a secondary 12MP Ultra-Wide 123-degree FoV lens paired with a f/2.2 lens + a third 5MP macro lens. On the front, it sports a 32MP Selfie camera with a aperture of f/2.2. It has a 4,500mah battery and comes with support for 25W Fast Charging. The device will be available in three colours namely Prism White, Prism Black, or Prism Blue and two RAM variants mainly 6GB and 8GB, it runs on OneUI 2.0 based on  Android 10 (Q), The S10 lite will be priced at €649 in the European market