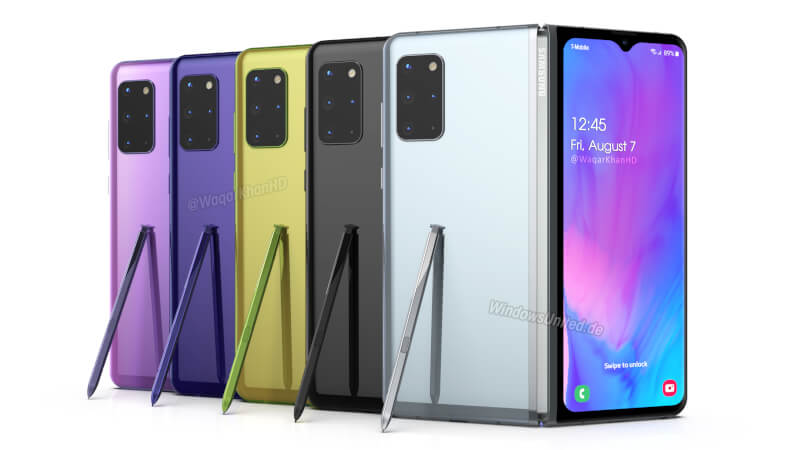 DSCC claims that the main display will be a 7.59 inch flexible Dynamic AMOLED display. The backplane is also built on LTPO technology. LTPO enable various refresh rate and save power consumption around 5-15%. The display will have 2213 x 1689 pixels resolution and 372 PPI pixel density. DSCC also claims that the phone will come with a 120Hz refresh rate. Talking about the foldable front display, it will have a 6.23-inch dynamic AMOLED display with a 60Hz standard rate as Samsung Galaxy Fold. And there were also some rumors that the Fold 2 will come with an under-display camera. Unfortunately, it couldn’t be possible because of the original shipment timing. The foldable front display will have a 2267×819 screen resolution. The backplane is also built on LTPS technology same as LTPO. XDA Developer sources say that Samsung wants to add at least 4,500mAh battery and also wanted to add the 45W fast charging, but due to some reason, they will just add 25W fast charging.

Samsung Galaxy Fold 2 renders leaks say that the phone will have the same camera setup as Samsung Galaxy S20+. But some source says that it will have Samsung Galaxy S20 Ultra camera setup. It can be anything as we assume that the Fold 2 should have a 12MP primary sensor, 64MP secondary or telephoto sensor, and 12MP ultra-wide sensor along with a TOF sensor. The front cameras are either going to be a 10MP or 40MP sensor. TOF means Time-Of-Flight. Time of light is a 3D technology that emits infrared light in each pixel of the camera lens and computes the return time. This was all about the camera details we got through Samsung Galaxy Fold 2 Leaks.

Talking about the phone’s processors. It can be the focused area on the phone because foldable phones take so much time in research and development. Now its time to give a look to on the processor part. There are some chances that Galaxy Fold 2 could come with Snapdragon 865 or either 865+. It depends on the production speed of the supply chain. The other notable point is the new Samsung Galaxy Fold 2 phone will come in two variants one will be 4G, and another one will be 5G. It increases the chance of a phone to launch in India as soon as possible.

DSCC also says that the phone will have an extra plastic layer on the screen, which will protect it from scratches or hard objects. But the reason behind the extra layer is safety, but this time Fold 2 comes with something different. The phone will come with S-Pen. Now, what’s the relation between an extra protective layer and S-Pen. Let us tell you. Generally, the display of the foldable phone is so tin. So we have to be very cautious about the display. And we also discussed the same thing with Samsung Z-Flip. Although we are getting S-Pen with Fold 2 so we will use it on display. Using S-Pen on display is not a unique thing, but, using S-Pen on a foldable display is something different. The Korean blogger Naver claimed that the new Fold 2 would come in 2 colours: Martian Green and Astro Blue.

Some sources are claiming that the price would be around 1,980 dollars. If we convert it in Indian currency, Samsung Galaxy Fold 2 price in India would be around INR 1,52.300. It is expected pricing considering the foldable 120Hz display and S-Pen.

Samsung Galaxy Fold 2 Launch Date In India is expected in Q3 2020. Stay tuned to know more about the same.

We hope you liked it. And don’t forget to tell us your thoughts about Galaxy Fold 2 down below.

That’s All For Today. Stay Tuned To TECHBURNER For More updates.