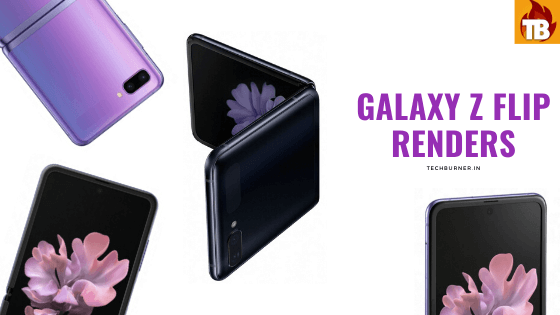 The Galaxy Unpacked event is nearing and Samsung is pretty soon going to launch its new range of smartphones under the Galaxy S20 series of phones, but there is one smartphone that we are truly excited about. The Galaxy Z Flip from Samsung whose specifications had been leaked previously and will be sporting an outdated Qualcomm Snapdragon 855+ Processor has now appeared in the official renders, and this article focusses on what you need to know from the renders.

The blog WinFuture and the tipster Evan Blass recently have shown off the official press renders of the upcoming Galaxy Z Flip which is going to be the second foldable smartphone from Samsung. The new images give us an clear look of the Galaxy Z Flip from all the angles, revealing some of they key design specifications like the hinge, the folding foldable display, and the dual camera placements on the rear.

The images also show off the new phone in two new color options namely Black and Purple, but it is tipped that the brand may launch some more color options at the launch event. The Galaxy Z Flip could be able to get folded vertically with the help of the hinge in the middle like a  traditional flip phone similar to the Motorola Razr Fold. On the rear, it will sport a dual rear camera setup and feature an Infinity-O display panel on the front with a cutout for the selfie camera at the center. 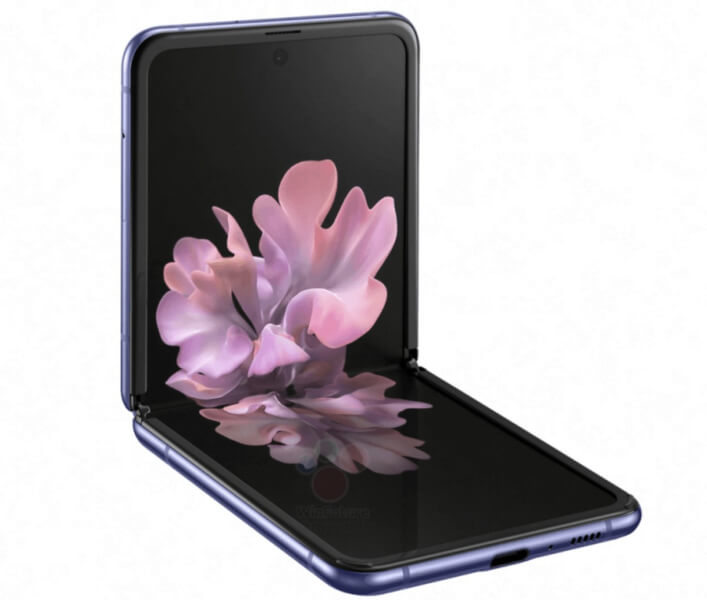 As additional security, the display panel has been protected by an ultra-thin glass, which was leaked previously that is reported to bring improvements in flexible screen durability. Also, the speaker grill along with the USB Type-C port has been placed at the bottom and the fingerprint sensor is mounted to the side, and a small secondary screen can be seen from the outer shell as well.

The Galaxy Z Flip will be powered by the Snapdragon 855+ Chipset coupled with 8GB of RAM and 256GB of internal storage. On the camera department, it will sport a dual rear camera setup on the back featuring a primary 12MP f/1.8 lens +a secondary 12MP ultra-wide lens coupled with  f/2.2 aperture. On the front, it will sport a 10MP sensor f/2.0 aperture along with autofocus support. The phone is tipped to sport a dual part battery having a total capacity of 3,300mAh, it will come with 15W fast wired charging and up to 9W wireless charging as well.

That’s all for today, stay tuned to Techburer.