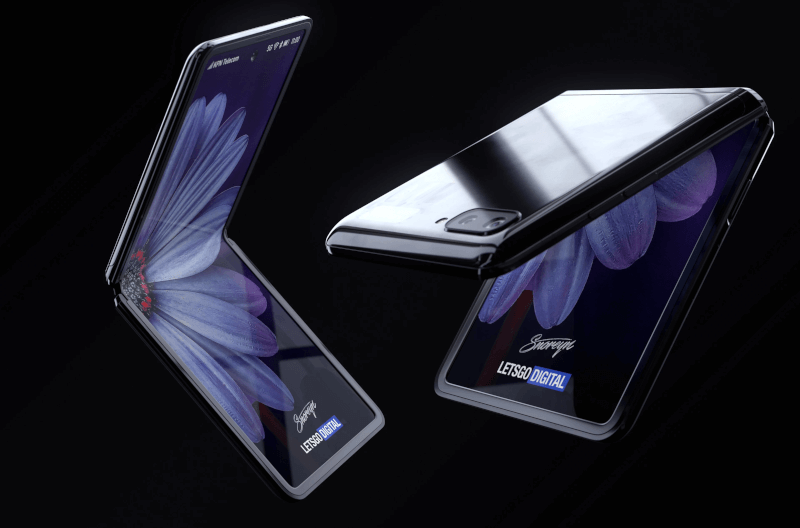 The above images is of the Samsung Z Flip. So, we can see that in both the images the device can be vertically folded. The device also features dual-camera setup at the back and will come with a selfie camera which will be presented in the notch. We are also expecting a secondary dispaly at the back screen. As some leaks also claim that the device can be also half folded by which you can see video and do your another task. It will likely to work like a stand. Check out the features below:

The device will come with a dual-camera setup. As there are no leaks about the camera configuration but we are expecting that it will come with 48MP primary sensor and 5MP Depth Sensor. The selfie camera is likely to be 10MP which will be presented in the notch.

Here are the quick specs for the Samsung Z Flip:

The device is likely to be ready. So, we are expecting that the Samsung Z Flip can launch along with the Samsung S20 on 11th February 2020.

As there is no news about the pricing. But, Samsung has announced that it will be the budget Foldable Phone. So, the device will likely to come around Rs. 80,000.