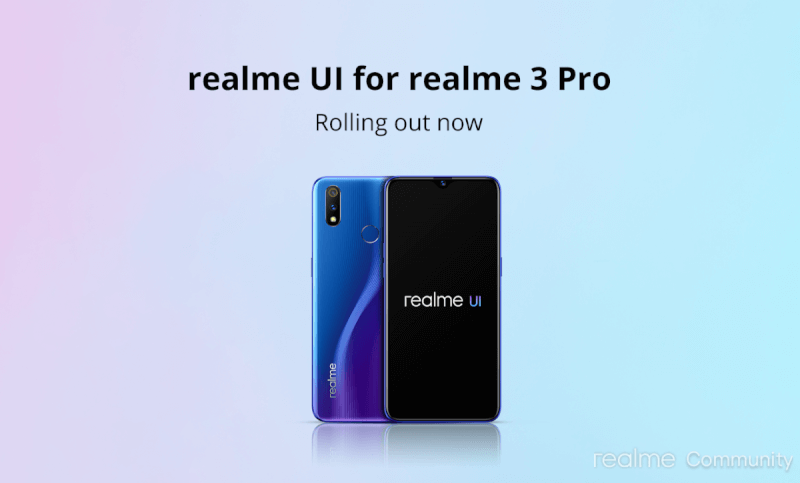 iSpeech.org
Realme has launched a couple of good device after its arrival in the market. Users were also happy with the devices but they reported that they are not happy with the ColorOS. As we know, Realme is a sub-brand of the Oppo and all Realme devices come with Color OS which is the Custom ROM of Oppo. Realme has announced that they are working on their Custom ROM Realme UI. The Realme UI comes with all the features that were demanded by users and the Beta phase of the Realme UI has come to an end. Now, there is news that the Realme UI update for Realme 3 Pro has started to roll out today. This new Realme 3 Pro Update will bring the Realme 3 Pro Android 10 Update. Therefore, read the full article to know more about Realme UI Features and Realme 3 Pro Update download size: 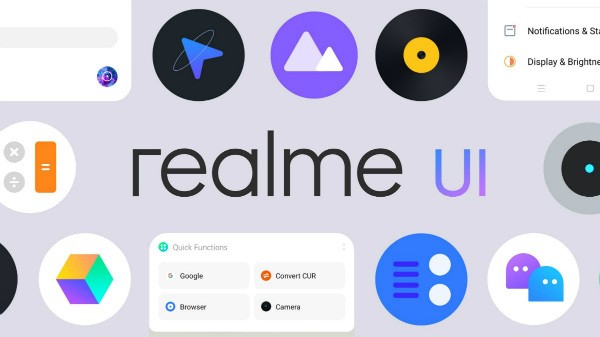 Realme Community has posted that they have started the roll-out of the Realme UI update for the Realme 3 Pro. They have also posted the changelog of the update:

• Drag any app out of Smart Sidebar to open it in Split-screen Mode.

• Realme UI Bubbles: A bubble is displayed when you open an app in a floating window from the Smart Sidebar. So, Tap the bubble to collapse or open the app.

• Optimized screenshot preview floating window: After taking a screenshot, drag it up and release it to share it, or drag it down and release to take a long screenshot.

All gestures are supported in landscape mode.

• Added Focus Mode: Minimizes outside distractions when you are learning or working.

• Added a floating window and settings for screen recording.

• New management feature for recent tasks: You can view the memory of recent tasks and locked apps.

• Added option to open Global Search or the notification panel when swiping down on the home screen.

• Customize the size, shape, and style of app icons on the home screen.

• Support for animated wallpapers on the lock screen.

• Added a Simple Mode for the home screen, featuring larger fonts, icons, and a clearer layout.

• In Quick Settings or Smart Sidebar, you can open Calculator in a floating window.

• Added the trim feature in Recordings, the Weather (dynamic) ringtone, which automatically adapts to the current weather.

• Optimized the Camera UI for a better user experience.

• Optimized the Timer UI and sound.

• Optimized the Album UI for a clearer structure and photo thumbnails.

• Optimized the Contacts UI for a more efficient experience.

Many new and interesting features are going to come with Realme UI update: 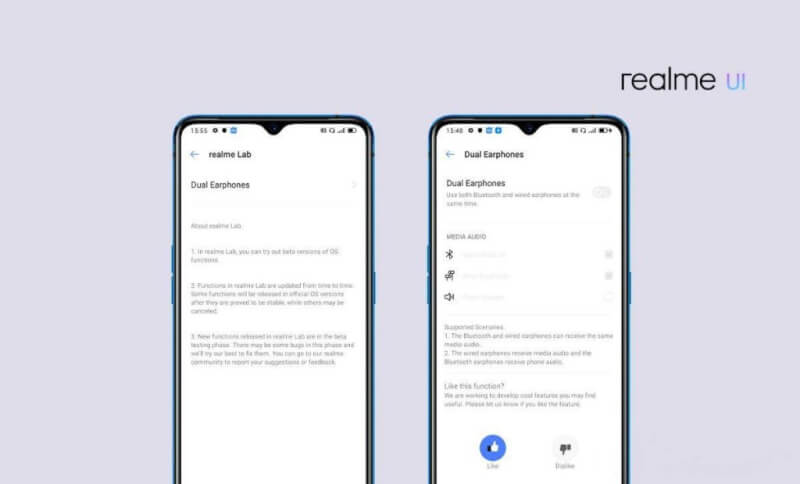 The company is always been interesting because of its unique features and pricing. Now, users will be going to see a new feature named Dual Earphone in Realme UI. The Dual Earphone features allow you to share music between more than one user. By the Dual Earphone, Users can share the music with their friends and relatives. In the Dual Earphone, one user has to connect wired/wireless earphone and the other will connect wireless/wired earphones. So, if you are listening to music with your wireless earphones then the other user has to connect wired earphones. In case, if you receive a call then the music of the users will be paused and the music will resume when you have ended the call. Users will have to choose the device where they want to talk on the call. 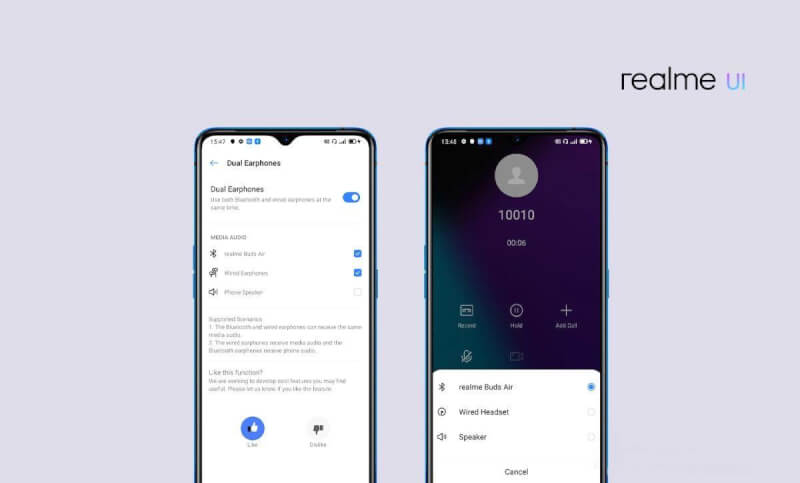 any external gadgets. Only, the user should have wireless and wired earphones.

Users will be getting many new fast features for the screenshots, video recording and more. Also, there will be a floating sidebar for different functions like Calculator, Video Recorder and more. The Realme UI also comes with Focus Mode much similar to the OxygenOS. By the activation of the Focus Mode, users will not get the call and will only perform a no. of tasks that are allowed in the Focus Mode.

Now, users can share the file with the Oppo, Xiaomi, and Vivo. There will be a pre-installed app by which users will share with an average speed of 20mb/s and will go much higher. Xiaomi, Oppo, Vivo, and Realme have partnered for the File Sharing app. So, if you transfer the file to another phone then the average speed will likely be 5-10mb/s.

Users will be getting improvements in the Camera, Music and other apps. It will likely to give users the best experience on the Realme UI. Some other features like trimming, pausing, weather and more will be available in Realme UI.

The Realme UI update is based on Android 10. So, the download size for the Realme 3 Pro will be around 4GB. Therefore, before updating backup your all files and connect with Wi-fi for downloading the update. As the update is releasing the phases so only limited no. of users will be getting the update today and after it, the update will come to all the devices. So, don't take tension if you have not got the update wait for few days then the update will come automatically. You can manually check for updates by going to Settings->About Phone-> Check For Updates.