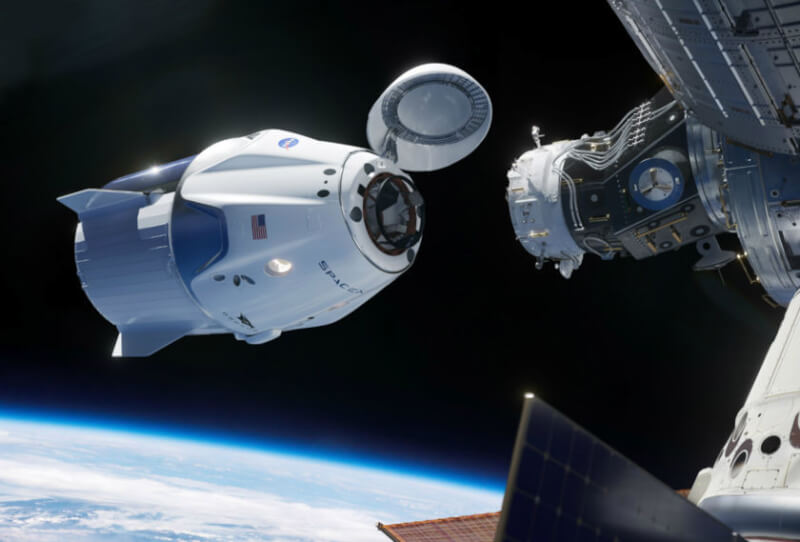 Yesterday, SpaceX test launched its Crew Dragon Space Capsule for the first time. The launch was successful as the capsule flew atop a SpaceX Falcon Heavy Rocket. The recovery of the first stage of the rocket was successful as well. The SpaceX Dragon was deployed and was expected to dock with the International Space Station some 24 hours later. And it did. The capsule has successfully docked with the ISS. This is one of the most crucial achievements for the Commercial Crew Program‘s success.

The mission took place on March 2nd. The SpaceX Dragon flew on a Falcon 9 rocket. After being deployed, the capsule circumnavigated the earth until it got close enough to the ISS. The docking was a very important part of this mission. Unlike the Cargo Dragon, the Crew Dragon docked with the station on its own, without the assistance of a robotic arm.

The Capsule flew a dummy humanoid payload named Ripley. Ripley has sensors all over her body so that various factors for a real astronauts can be measured. These measurements will be analyzed by scientists already aboard the station for potential future human flight. For the next 5 days, scientists will check the Dragon for safety and return cargo as well. Thereafter, the capsule will return and have a controlled splash down on the ocean.

After the completion of this mission, an abort test with actual astronauts is scheduled in June. Another unmanned test by NASA and Boeing’s Starliner is to take place in April. As the tests conclude, real missions to and from the station will take place from August onward.

All in all, this mission has been a success so far and should continue to be so. Space nerds should also keep an eye out for the Boeing Starliner. With this SpaceX has proven its worth of being a long-term partner with NASA for manned space missions.