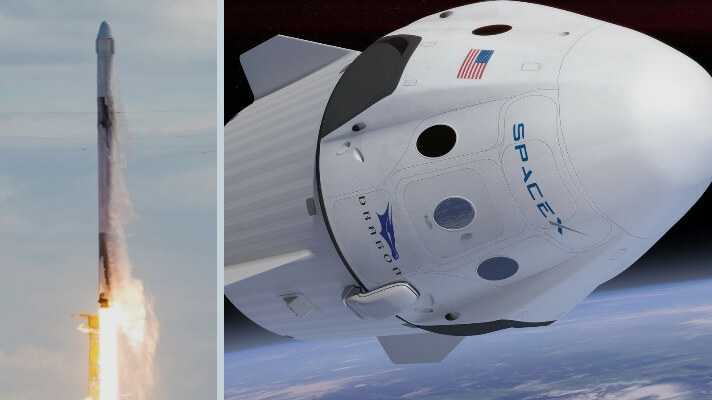 NASA has been a pioneer in space science ever since its inception. However, it has relied on Russian spacecraft Soyuz for carrying astronauts to and from the International Space Station (ISS) for almost a decade. That could change soon, as SpaceX readies its Crew Dragon capsule for human spaceflight on a Falcon 9 rocket. The first unmanned test flight of the capsule is scheduled for March 2, code-named DM-1. Recently, NASA green-lit the flight after reviewing it for safety. If it is successful, it would end NASA’s dependence on Russia for its human spaceflight.

NASA adopted the Space Shuttle as its main vehicle to and from the space in 1981. The goal was to have a reusable spacecraft that could take off and land easily. The space shuttles were reusable and were indeed quite successful. They played a crucial role in building the International Space Shuttle. But they became increasingly expensive over time. As this became clear to NASA, they retired all space shuttles and ended the entire program in 2011. Since then, NASA has relied on Russian Soyuz spacecraft for its space trips.

This came as a dilemma to NASA, as they did not have any other vehicle for transportation of astronauts anymore. That is when it was announced that the Space Program was going to be privatized. By 2011, SpaceX had proven itself worthy of NASA’s trust by demonstrating flights of its Falcon-1 and Falcon 9 rockets. SpaceX was awarded a contract by NASA for Cargo resupply missions to the ISS.

The Dragon capsule is a SpaceX’s primary reusable cargo delivery capsule. It has completed over 15 successful missions so far since 2010. NASA has trusted the capsule for resupplies ever since. Dragon is launched on a SpaceX Falcon 9 rocket to a low-earth orbit. The same will be the case for the Crew Dragon. The Crew Dragon is a derivative of the Dragon 1, which is both similar and different in a lot of ways from its elder sibling.

The Crew Dragon, aka Dragon 2, is a modified version of the Dragon 1. Crew Dragon is designed to carry up to 7 astronauts (in futuristic space suits). Before that happens though, it has to be tested for safety. There is a greater risk factor when humans lives are involved in a space mission. NASA needs to ensure the absolute safety of its astronauts if they fly on a commercial spacecraft. The first of these tests is going to take place on March 2.

The test will be crucial for both NASA and SpaceX. There are a number of boxes that have to be checked before the capsule is rated for human flight. The test will determine whether the capsule is safe enough for astronauts. The capability of the Falcon 9 rocket is also to be proven as to whether or not it can carry astronauts. Once the capsule reaches the ISS, the docking is also to be tested. After docking, it will be inspected by astronauts already aboard the ISS. Finally, it has to be landed successfully with all the equipment, and possibly the dummy payload, intact. If all goes well, America will no longer need Russian help for human spaceflight.

Apart from the obvious fact that the Dragon 2 is meant for humans, there are some more differences. The capsules are fairly similar in size, about 27 feet in height. During docking, Dragon 1 is first grabbed by a mechanical arm and then docked to the station. On the other hand, the Crew Dragon will dock directly with the station. So even the slightest change in impact can prove fatal. There is also an extra heat shield and an escape interface. Also, the astronauts can manually overtake the maneuver in case of an emergency. There are a lot of subtle changes like the nose cone and longer solar fins.

The test flight, if successful, will bring USA back on top when it comes to launching astronauts. NASA has been missing out on international collaborations since 2011. Pretty much the only country they’ve collaborated with is Russia. Also, SpaceX will become an even bigger name in the industry and will be a step closer to its motto of colonizing Mars one day. The success would also lead to more revenue for both SpaceX and NASA.

Starship: A leap ahead

While the Starship program is still in its infancy, it is SpaceX’s endgame. The aim is to retire all Falcon rockets and make Starship the only vehicle for both crew and cargo shipment.  While that is underway, Crew Dragon, Falcon Heavy & Falcon 9 are going to flourish. F-Heavy & F-9 are more than capable of reaching the low-earth orbit, or further in case of the heavy, for the foreseeable future.

The Boeing CST-100 Starliner is a similar vehicle which is also to be tested this year. After being tested, NASA will have the ultimate say in which one they prefer. However, a large chunk of SpaceX’s revenue comes from private flights as well. So a safe test-flight is all SpaceX needs to be recognized as a legitimate space agency. NASA could opt for using both vehicles to increase competition and get cheaper contracts. Only the future holds the truth, but until then we’ll suggest that you should mark your calendars for March 2.