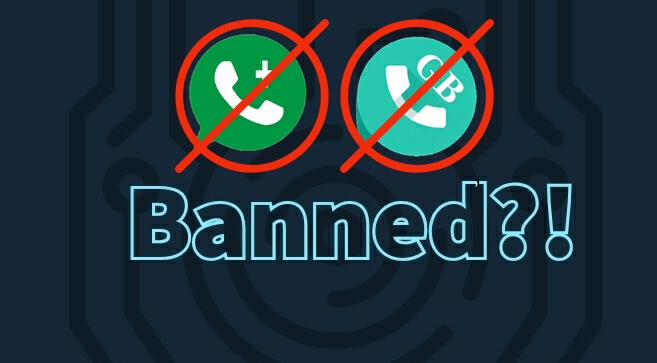 WhatsApp is undoubtedly the most popular messaging app in the world. It has over a billion users worldwide. In addition to messages, it also lets you share photos, videos and other media. While the official WhatsApp has tonnes of features, many user resort to using third-party modded apps like WhatsApp Plus and GBWhatsApp for more features. However, WhatsApp might soon temporarily ban those who use these third-party apps, as they might compromise users’ data and privacy.

What is WhatsApp Mod?

WhatsApp mods are modified versions of the official apps that have additional features. For instance, WhatsApp Plus users can send uncompressed images and videos to others. Read receipts can also be avoided. Modded versions of WhatsApp also have themed UI, which is highly customizable. Different mods come with different features as their USP.

Why WhatsApp is Banning Mod Users?

WhatsApp comes with end to end encryption. However, mod apps can compromise user data by sharing the conversation of the users. This is a direct violation of WhatsApp’s Terms of Service. The modded apps cannot guarantee security to the users. According to WhatsApp, the official app is more secure and users should only use the official app.

According to Tech2, a spokesperson for WhatsApp responded about the move with :

“WhatsApp cares deeply about the safety of our users. To protect the privacy and security of their account, we strongly recommend users only download WhatsApp from official app stores or from our website. We are continuing to step up our enforcement against impostor WhatsApp services to help curb abuse and keep WhatsApp users safe.”

The details of the ban were highlighted by WABetaInfo on twitter :

WhatsApp has published a new FAQ that helps the user to switch from GB WhatsApp and WhatsApp Plus (unsupported WhatsApp applications) to the official WhatsApp app.
WhatsApp says it's important to remove modified WA apps because they can't validate their security practices.

According to the FAQ page, the ban on the users isn’t permanent, but temporary. This move is for urging users to migrate to the official app. The ban prevents users from using WhatsApp for 24 hours.

How To Switch To Official WhatsApp App

If you are using third-party WhatsApp apps, you should migrate to the official app as soon as possible. There are several ways to do that, depending on the app you’re using. The simplest way is to uninstall the mod and download WhatsApp from Play Store. However, you might lose your chats if you haven’t backed it up. So here are some ways to safely switch to the official app:

If you are already banned, wait for the ban to end. Thereafter follow the following steps :

If your chats were previously backed up, you do not need to do anything. If not, follow the similar steps as above. Backup Chats and if necessary, change the folder name to WhatsApp.

2 thoughts on “WhatsApp Plus And GBWhatsApp Users Might Get Banned!”