Google’s New Series of Smartphones, known as Google Pixel 4 has been Successfully Launched in the #MadeByGooogle Event on 15th October 2019. The New Series of Smartphones are not a Great Upgrade from their previous generations except one Feature, the Soli Radar Chip. Well, what’s that? How does it work? We have discussed all of them below. However, because of the Soli Radar Chip, the Pixel 4 is not going to be Launched in India and some other countries. But why? Well, everything about the Google Pixel 4 Soli Radar Chip is explained below, so check them out…

What is Soli Radar Chip?

Project Soli is a New Project under the Google ATAP Research Industry. Unlike using Cameras and Sensors, Google has used Radar to invent their new Gesture-Recognition System. You may think that there is a Proximity Sensor to Sense the Gestures of a Person. But this thing is not so much helpful in giving exact axis-to-axis Recognition. This is where the Soli Radar Chip comes. This Project is based on Small, High-Speed Sensors and Data-analysis Techniques such as Doppler, to detect fine motions with sub-millimetre accuracy. Which means, the Project Soli enables the users to enter Commands to a Computer System or Smartphone with pre-defined Gestures. Applications which Supports this, won’t need any Physical Contact or something else like that.

What are the uses of Soli Radar Chip?

This Dope Tech Material can be used in many things. From Smart TVs to Speakers, from Smartphones to Smart Watches, this Chip can be used anywhere. But how? Basically, if you Fix this Chip in any of these devices, you will be able to Control them without Touching or Clicking them. Take Apple Watch, for example, Moving the Wheel is very annoying there. But, with the Soli Radar Chip, you will be able to use your Two Fingers as Rotating Gesture to Move the Wheel itself. The same thing applies for the Speaker too, which has a Volume or Track Dial on them. Pretty interesting right? You will be amazed to know that, Google has used the Soli Radar Chip in their Latest Google Pixel 4 Series Smartphone to Enable those Touchless Features for the Users. 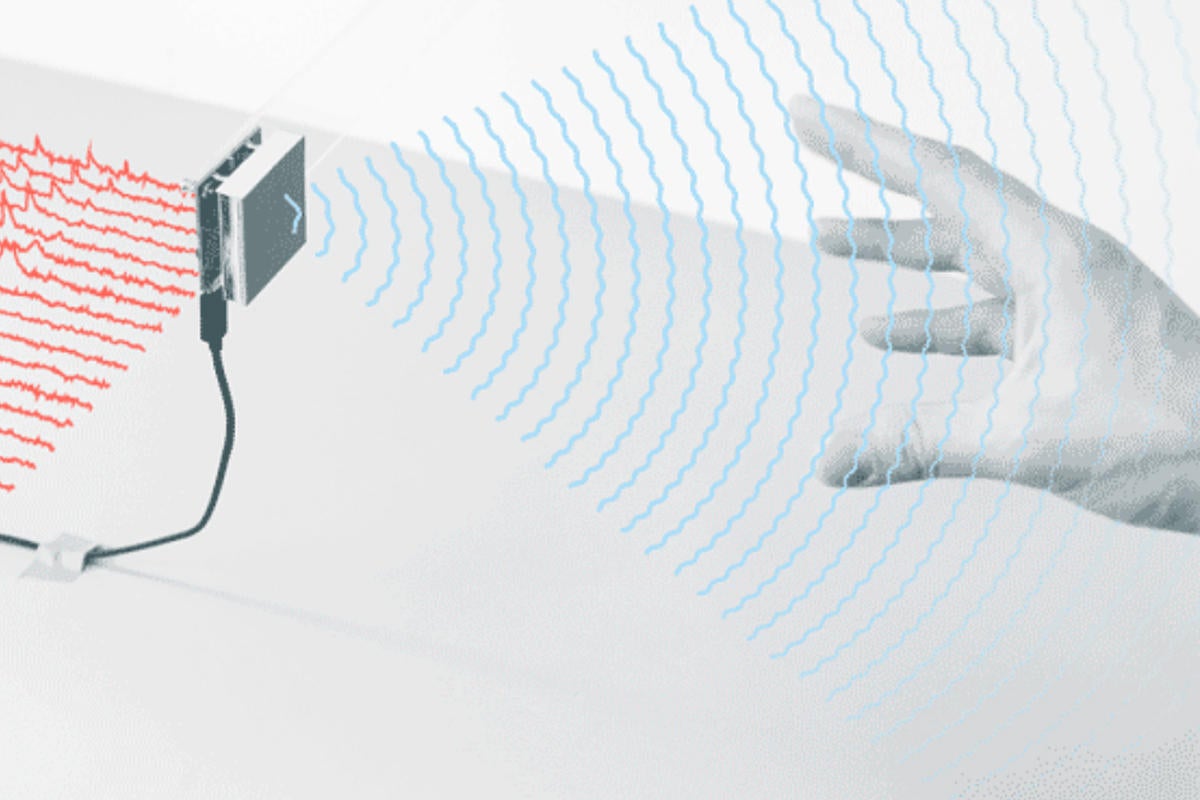 Yesterday Google had Launched their New Smartphone Lineup called Google Pixel 4. This Phone has a Ton of Features along with some exclusive Features like the Soli Radar Chip. This Particular thing has become a part of controversies right now. However, there are not a lot of New Things in the Google Pixel 4, but Google has created a hype on the New Hardware. Whatever, in our opinion, there not so many improvements from the Last Generation of Pixel Devices. Anyways, we won’t discuss the Google Pixel 4 Features and Stuff today, you can check them out here…

As you all know, we have already said that the Google Pixel 4 has the Soli Radar Chip in it. But you will be surprised to know that the Soli Radar Chip is not allowed in India because of a reason. Basically, the Google Pixel Soli Radar Chip uses 60GHz Frequency for its Gesture Detection and all. But sadly in India, using 57 to 64GHz ( V-band ) Frequencies is illegal. This actually harms a lot and this is the only reason of not allowing it to Launch in India. However, Google has tried to get the Permissions from the Indian Government, but they Failed. And this is the only reason why Google Pixel 4 Series won’t Launch in India.

Can you Import a Google Pixel 4 from the USA?