5 Amazing Tips To Use Grenades in Free Fire Max Like a Pro! 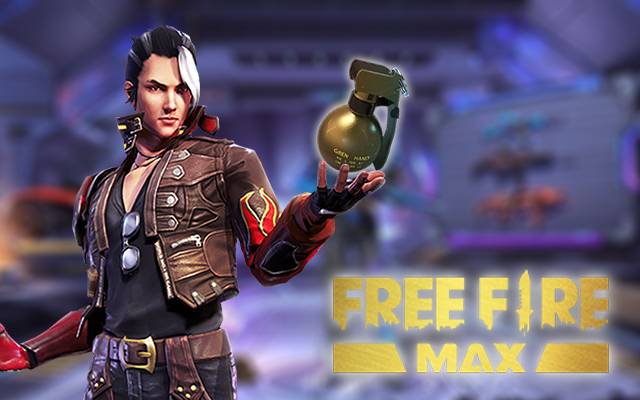 https://www.ispeech.org
Players in Free Fire Max have access to a range of weapons, but professional players don't just rely on weapons and abilities to win battles. They use all available tactical items to increase their chances of winning the battle. Currently, players use sticky walls and smoke to avoid enemies in the game. The tool is actively used in this field. In addition, the game has other tactical items like a sticky wall. There is nothing more effective than grenades. Grenades are one of the most destructive throwable items in the game. With several grenades to choose from that can be deployed in any situation, players will be able to pull off brilliantly from combat or take down opponents with ease. Once you master grenades, you will become an unstoppable force in the game. So, in this article, we have covered the top 5 tips for using grenades in Free Fire Max like a Pro.

Enemies have two to three seconds to manoeuvre out of blast range after throwing a grenade. This allows them to avoid injury. The grenades bounce on the ground and explode after a few seconds. During this time, enemies can easily move outside the blast range. Indeed, sometimes grenades can bounce off them. To avoid wasting grenades, players must prepare them before throwing them. This ensures that the moment they hit the ground, they will explode. It will instantly kill the target if done correctly. Without time to react, opponents will receive massive damage and can even be destroyed. Meanwhile, if the bomb is cooked too much, it will explode before it can be thrown, killing the users instead.

Smoke And Dash Towards the Enemy.

When planning an attack on the enemy, most players rely on the gloo walls to reach their destination safely. Instead of carefully planning where to place the gloo walls, players can simply throw a smoke bomb to hide from the enemy. The smoke tool is most useful for dangerous missions in Free Fire Max. However, players should be aware that they can take damage from bullets while inside the smoke cloud. Staying in a prone or squatting position during the movement would be the best option.

In Free Fire Max, players can confuse enemies and flicker. Flashbang bombs are powerful useful items in Free Fire MAX. Players can use it to stun their opponents in the game and provide a tactical advantage in combat. After Stunning, when your enemies cannot see anything you can easily kill them. That's why pro players in Free Fire Max prefer to use most of the utility. However, this trick has a downside.
If the player is too close to the blast radius, they may also go blind. This leaves them vulnerable to counter-attacks and may result in them being eliminated from the match.

When thrown, the grenades bounce back in Free Fire, allowing enemies to react quickly to avoid the blast radius. In addition, grenades are thrown into an arc. This means that they are moving forward and backwards toward their intended goal. Usually, the throwing arc does not bother the players, because they throw grenades into an open area. Although this is not a huge problem, users need to learn to adapt to recoil and ace in order to be more accurate with grenades. However, something can go wrong inside a home or shelter. If the arc of the grenade goes beyond the cover of the hull, it may bounce towards the user and explode.

When faced with upper-ranked players in Free Fire MAX, tactical escape is a smart move. It's better to live and fight again later in the game than to be eliminated. Players can use methods like back run gloo wall trick escape, and there are also other alternative methods players can use.
Instead of using gloo walls, players can use smoke to escape. When the smoke cloud obscures the line of sight, the enemies will not be able to follow the player. This can be the best time to escape