Gaming How to Mobile

Excel in Erangel: BGMI Guide to the Erangel Map 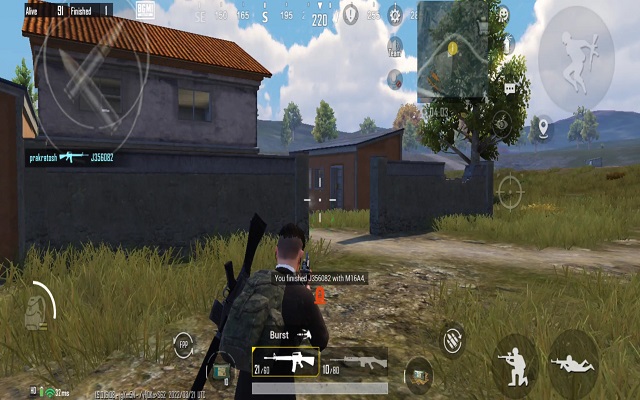 
iSpeech
Maps play an important role in Battlegrounds Mobile India. There are multiple maps in the game, but some are more famous than others. Every map in the game is different and presents distinct challenges to players. Out of the multiple maps available on the map, Erangel is the most famous. Most players in the gameplay on this map, and there are multiple reasons for it. This BGMI guide will help you understand all about the Erangel map, for every gameplay style out there.

The Erangel map is a standard 8x8 map with multiple locations and terrain types. The map is filled with small ridges, hills, and even mountains. All of this is accompanied by multiple buildings, water bodies, high-rise buildings, and other structures like Prison, School, and the Military Base.

The combination of these elements gives the map an overlook of a proper city, which makes playing on this map more engaging and exciting. The map has one major water body, that separates the military base from the rest of the map. Players need to cross a bridge to commute between the military base and the rest of the map. This was the overview of the map, and this will help you understand the basics of the Erangel map.

Fast-paced players need to maintain a good k/d ratio, and the Erangel map can help you do that. Since it is a popular map, there are players almost everywhere. This makes it a good playfield for all the rush players.

This is one of the most popular and crowded areas on the Erangel map. Pochinki is considered a hot-drop because the possibility of finding enemy players here is very high at any stage of the match. The position of Pochinki is somewhat in the centre, which makes it accessible from anywhere on the map. This is also the reason multiple zones are formed around this location. Pochinki depicts a residential area that has houses, buildings, and compounds. This allows for ample position for players to take cover, and therefore, the possibility of coming across enemy teams here is higher.

The availability of supplies is higher here, but if a lot of teams and players land here, it is best to take a diversion towards the church or the squad house.

Rozhok is among the most popular drop locations in the game, alongside Pochinki. The main reason behind this popularity is the surrounding areas of the location. Rozhok has a school, a hill, an apartment complex, and a water body in its nearing areas. These places make it easier for players to keep an eye on the action in Rozhok. The location itself has multiple houses, residential complexes, and buildings.

One does not need to be in Rozhok, to be a part of the action and combats happening there. Players can take the hill, and this will also give you the height advantage. It is slightly risky to be on top of the hill because it is an open area, and you are prone to get spotted. Being on a height, allows you to look at everyone that is landing or moving around in the area. Buildings like the school and the apartments also contribute to the increasing number of players landing in this area. Loots and supplies are ample in and around Rozhok due to the presence of numerous buildings, and other structures.

Filled with cargo containers, Georgopol is a dock area that has a dockyard with multiple containers on one side and a residential complex with apartment buildings on the other side. If this location falls on the path of the plane, be ready to see a lot of players landing here. The competition in this location is extremely high due to the scattered loot. Players can be seen fighting with whatever weapons they can get their hands on, even with pans.

Most of the players land in the dock area, which makes the city area a good escape for players that do not want to engage in a fight right after landing. If you are someone who likes having a set amount of ammunition and supplies before fighting, this might not be a very good landing option for you.

Camping in BGMI is a risky business, but campers can execute it in the weirdest and most unexpected places. There are multiple locations on the Erangel map that can be good for camping, and this BGMI guide will help you know the locations where you can safely camp.

As mentioned above, Rozhok is one of the most popular locations available on the Erangel map. However, if you want to stay clear of the risk of dying early, but still want to stay near the action, the Water City near Rozhok is the best place to be. This area is mostly submerged in water, and that is the reason most players don't land here. Moving around in this location is hard, and the supplies are also very less.

On the other hand, it is a good location for players who want to keep a track of all the kills and action. You can stay on top of the buildings in this area, and scout around for approaching enemies. Since most players focus on going to Rozhok, this area is fairly secluded.

Primorsk is near the military base on the Erangel map. This might seem like a very happening location, and maybe even a hot-drop, but it is not. It is an extremely secluded area where no one lands even if the plane flies over. Players would rather land in the military base and take fights. If you are a camper, this is a good place for you.

Primorsk comes with multiple buildings and small compounds. Since the majority of the players will land in and around the military base, it is very easy for campers to take positions in this area.

Zharki is located on the upper west side of the Erangel map and is one of the corner-most areas of the map. It is even further away than the Georgopol city and dock. The location is so cornered that it can be difficult for players and squads to rotate from there. This location is usually ignored even by the campers in the game, but if you think you and your squad can handle it, then you can land here and decide on the rotations.

Erangel is probably the most played map in BGMI, and it is important to understand the map completely. This BGMI guide will help you understand everything about the map, and you can ace it easily. For more such elaborate game guides, keep an eye on Techburner.

Best SoC for Mobile Gaming in 2022