Samsung is consistently working on bringing new features to its mid-range phones. The reason behind it is to compete with Xiaomi and Realme for their budget phones. We all know that Samsung Galaxy A-Series and M-Series are one of the favourite series of users. Samsung is putting effort in both series. So, now Samsung is finally coming with the Pop-Up selfie camera. They have already launched a rotating camera phone which was the Galaxy A80, but this will be coming with Pop-up selfie camera. Samsung Galaxy Pop Up Camera Phone features are leaked. And, the Samsung Galaxy Phone leaks buzzing all-over the internet. So, read the full article to know more about the Samsung Galaxy Pop Up Camera Phone specs and renders that leaked online. Also, we will provide you with the expected launch date and price of the new Pop-up phone by Samsung. 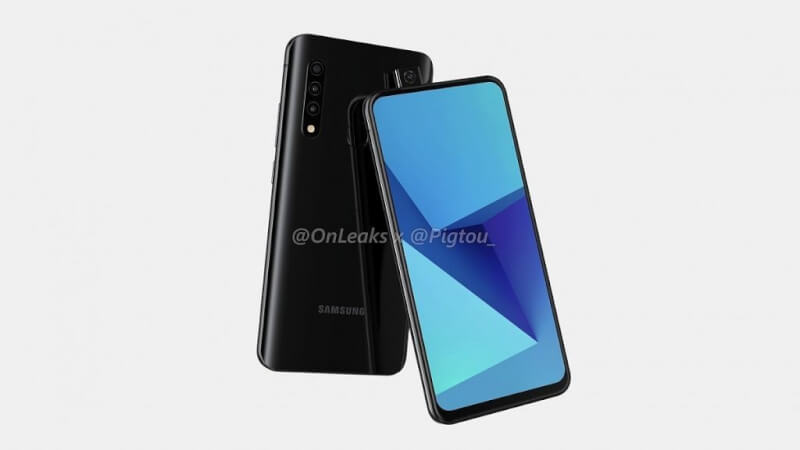 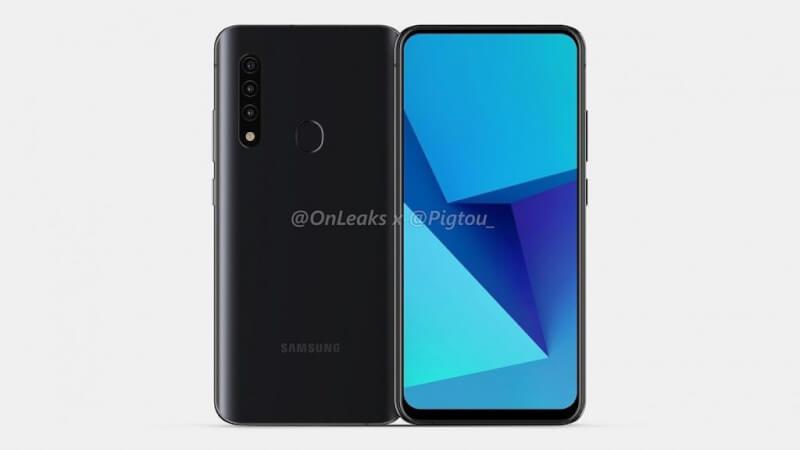 So, in the above render images which are shared by the Onleaks and Pigtou shows that Samsung is working on a new pop-up camera phone but will be much different from the Samsung Galaxy A80. The alleged leaked Samsung Galaxy New Phone shows the all-new upcoming full view display. So, as the device is coming with Pop-up camera, then it will give users experience to the full view display. 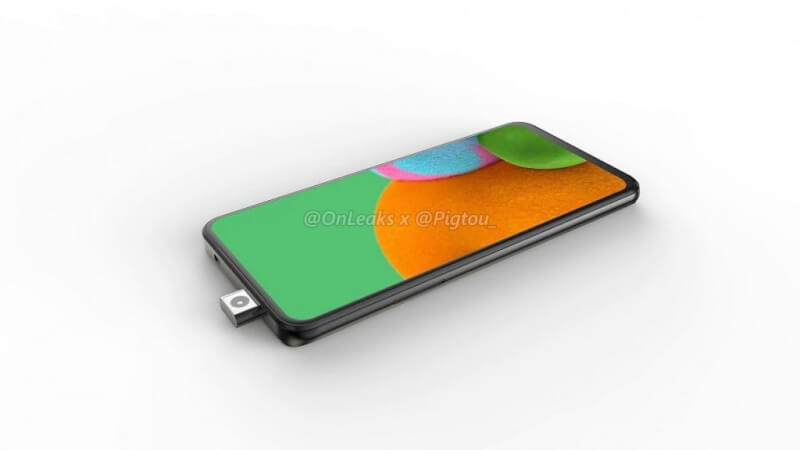 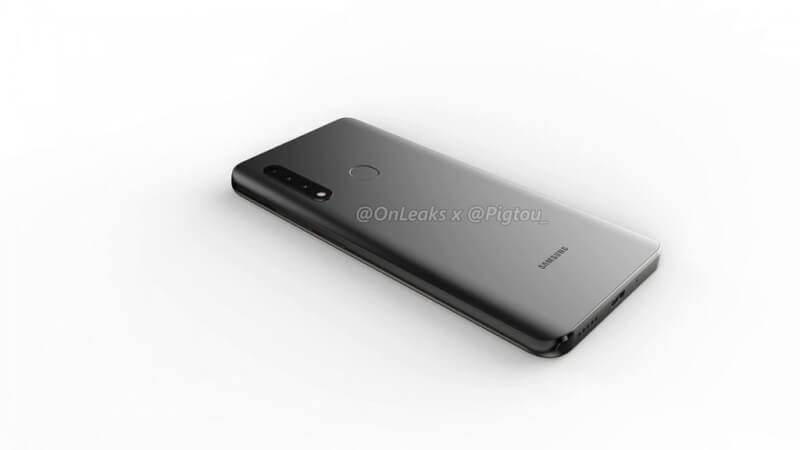 The above images show the minimum bezels clearly and also give an idea of how well the device looks. Also, the device has been leaked that it’s coming with the fingerprint sensor on the back. But, it confused us because this time Samsung might provide IPS LCD, but it is not confirmed. Check out the features below.

Here are the expected features of the device.

The device is likely to come with a 6.5-inch display. It is not confirmed whether Samsung will provide an AMOLED display or LCD. But, we are expecting that they might provide LCD to lower its price. The device is expected to come with a 4,000mAh of battery and might feature 18W Fast Charging Support.

The device is coming with the triple camera setup. But, there are no leaks about the sensor. So, we are expecting that the device will come with 48MP primary sensor, an 8MP ultra-wide sensor and 5MP depth sensor. It can come with a 16MP Selfie Camera.

There is no information about the processor whether it will be Exynos, Snapdragon or MediaTek. The device will run on OneUI 2.0 based on Android 10. It will feature the fingerprint sensor on the back for authentication.

Here are the expected specs of the device.

There are no leaks about the launch date. Even, there is no official confirmed name of the device. So, we are expecting that more leaks will surface online in the upcoming months. So, stay tuned to us.

The device is likely to come as a budget mid-range phone. So, the device is expected to come around Rs. 20,000.

How to Download MIUI 12 Live Wallpapers on Any Android Phone