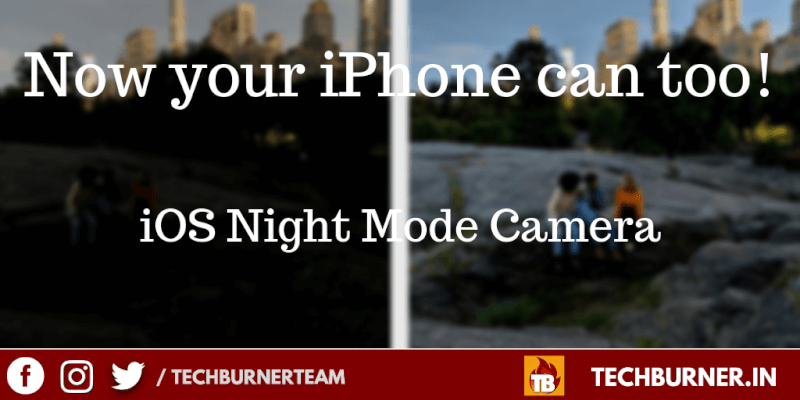 In the past couple of years, Android manufacturers have been prompt to provide night mode for all phones. Xiaomi, Realme, OnePlus, Google, Samsung – everyone has a dedicated night mode. Surprisingly, this feature isn’t flagship exclusive now and budget phones inherit this. However, Apple is still behind the competition. For the remaining Android phones which doesn’t have a dedicated night mode, it is achievable using gCam mod. Now, there is a similar iOS night mode camera app which can do wonders in night mode for iPhone users. This isn’t exactly Google Camera Nightsight for iPhones, but an iOS night mode camera app which uses AI to enhance night photos.

Apple might bring night mode in its default camera app this year fearing the competition. Until then, there are other apps emerging to enhance night photography on iPhones. Here, we’ll talk about one such iOS night mode camera app.

*Curtains open *. The name of the app is NeuralCam.

The iOS night mode camera app’s sole focus is to take night mode shots. On a positive note, the backward compatibility is up to the iPhone 6. It takes 10-15 seconds as shutter time to capture the image. Needless to say, stable hands are necessary, or else you can buy some tripod.

The technique used in the iOS night mode camera app is similar to what is the industry standard. NeuralCam, captures 8-12 or more frames at varying resolutions aperture and exposures. Then, it merges the best frames to bring out the most enlightened images as well as detailed ones. Finally, the iOS night mode camera app applies a few algorithms to reduce hand-shaking. After that, it uses machine learning to brighten the picture and applies quality improving algorithms such as noise reduction, and sharpening.

Surely, the results ain’t as astonishing as Google Camera or gCam mod. For now, this is what it is. You might feel some photos are blurry and noisy, which the developer team agrees on. According to them, they are working on better algorithms to reduce noise in the NeuralCam: iOS night mode camera app.

Also, according to the source, they’re planning for a night-mode video option too. As we all know, iPhones have the best video shooting capabilities across all smartphones, period. Add that with night-mode video, and it can do wonders!